A six-year-old Toronto girl named Isis is unhappy that Nutella has refused to print her name on a personalized jar of its hazelnut spread.

'They thought of the bad ISIS,' says Toronto girl. 'My name is important to me' 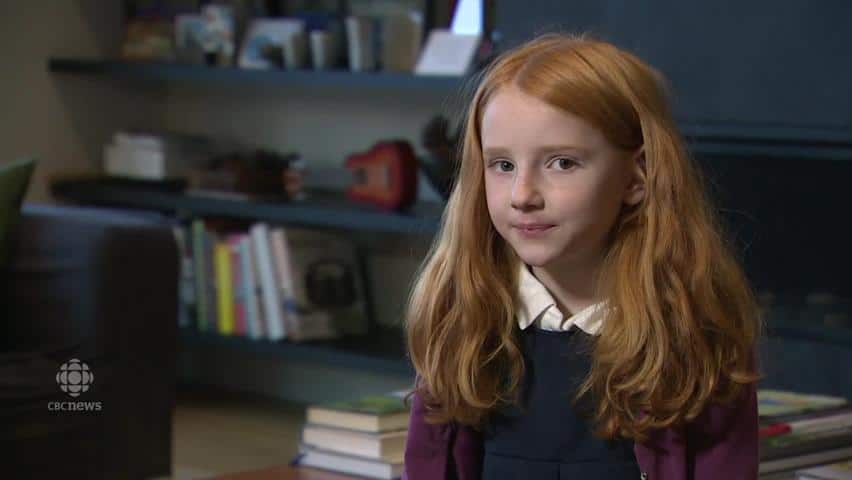 5 years agoVideo
0:52
6-year-old Isis shares how she felt when Nutella refused to give her a jar with her name on it. 0:52

A six-year-old Toronto girl named Isis is unhappy that Nutella has refused to print her name on a personalized jar of its hazelnut spread.

Isis Rebanks, an adorable redhead, was excited about Your Nutella Your Way, a promotion for kids to get their names printed on labels of the company's products.

Her mother, Ella Rebanks, came across the promotion while shopping in a department store. But things turned a bit nutty when a company representative told Isis's mother they would not put her daughter's name on the product because Isis is on its list of banned words.

"I was almost crying in front of these three salespeople," Ella Rebanks told CBC News. "I was so moved by it, so shocked by it."

'They thought of the bad ISIS'

Isis also isn't happy the company allowed her two siblings — Zuleika and Oliver — to have their names printed on the jars while rejecting hers.

"The man was, like, 'No, we're not going to print Isis, because, like, they thought of the bad ISIS," she said, referring to the Islamic State of Iraq and Syria militant group. "It made me a little sad, because my name is really important to me and people go, like, 'Ew, I don't like her name.'"

The jihadist group's stated goal is to establish a caliphate in the Middle East. ISIS has also claimed responsibility for a number of terrorist attacks, including the Nov. 13 attacks in Paris that left more than 120 dead.

Like A Boy Named Sue made famous by the Johnny Cash song, it seems life ain't easy for girls named Isis:

​Ella says she and her husband named their daughter Isis because he's from Oxfordshire, England, where people sometimes use the name to refer to that part of the River Thames.

Ella Rebanks said she spoke with someone from the company that owns Nutella in an attempt to convince it to print the label. She said the company representative was understanding, but unwilling to change the policy.

The family has vowed to boycott Nutella products.

"You know this really hurt my child and it hurt me, and they can say, 'It's a global decision.' Well you know, I don't need to give you my $10 for a jar of your product," Ella Rebanks said.