A spokesman for Ontario's Ministry of Health says the government has included the home care sector in its efforts to recruit more personal support workers.

Ontario's drive to bolster staffing in long-term care homes hit hard by COVID-19 is leading to "destabilization" of the province's home care labour force, a group representing providers said Sunday as it pressed the government to standardize wages for personal support workers.

Sue VanderBent, the CEO of Home Care Ontario, said a group of 50 service organizations is concerned with increasing worker movement from home care to higher wage jobs in long-term care homes, where personal support workers are paid an average of $5 an hour more than they earn in community care settings.

The rate at which workers accept home-care assignments, a key indicator for service delivery levels, have dropped by nearly 40 per cent in recent months, she said.

"This means that when we are asking our staff to go to see a patient, the PSW is saying, 'No, I'm not interested in doing that job'," she said. "This is unheard of."

The province's long-term care sector has been devastated by the pandemic, where thousands of residents have died and staffing levels have declined dramatically.

The province has created financial and educational incentives in a bid to recruit and retain thousands of PSWs to staff the nursing homes. VanderBent said those measures, when coupled with the wage gap, are enticing workers to leave home-care jobs.

She said her association has been raising the concern with Premier Doug Ford's government, stressing the "unintended consequences" of the new policies.

"We should be looking down the road and saying, 'this is the ultimate outcome of investing so heavily in one part of the system and not understanding the labour destabilization that you're going to create,"' she said.

According to a staffing study released by the province last year, PSWs in Ontario long-term care homes make an average hourly wage of $22.69. That compared to the $17.30 average hourly rate paid to homecare PSWs.

The government-appointed advisory group behind the study, composed of academics and health-care industry executives, urged the province to ensure any steps it took to bolster staffing levels in one sector didn't leave any others behind.

VanderBent said unless the government increases home care worker wages in the upcoming provincial budget, it will plunge that sector into crisis.

"We've got to work really hard to recruit and retain and repatriate because a lot of people have left home care," she said. "This wage differential will cause a cascade."

LISTEN | How bad is the PSW shortage? 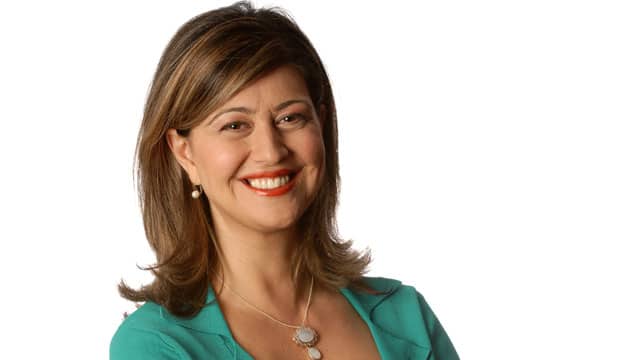 Ontario Today23:59How bad is the PSW shortage?
Some long term care homes are putting out emergency alerts for personal support workers, offering more money, training, and accommodation. As we hear from Amy Porteous, CEO of Maxville Manor, the incentives work. But callers say the shortages are still critical. 23:59

VanderBent said patients wind up in the province's overstrained hospitals when proper home-care supports are not available.

"Every Ontarian who's lying on a gurney in an ER waiting for admission to a hospital bed was yesterday's home care patient," she said.

A spokesman for Ontario's Ministry of Health said the government has included the home care sector in its broader PSW recruitment efforts.

"Our focus is on recruitment, retention and training initiatives that will ensure that PSWs are available to meet the needs of patients and the health and social services system," David Jensen said in a statement.

Jensen said the government launched a PSW "return to service" program last year with a $5,000 incentive provided for a six-month commitment for workers. That program applies to staff in long-term care and home and community care as well, he said.

"It's not good enough for (Premier) Doug Ford to praise PSWs while doing nothing to permanently improve their salaries and working conditions," she said in a statement.

"Worse yet, by allowing home care PSWs to fall even further behind, Doug Ford is putting homecare at risk and making it harder for seniors to live independently in their golden years," she added.

4 months ago
10:29
As Canadians mark the one-year anniversary since the first COVD-19 case in this country, two personal support workers join the CBC's Ginella Massa on Canada Tonight to discuss the problems this pandemic has exposed in long-term care homes and the challenges the PSW community continues to face on the front lines. 10:29

Green party Leader Mike Schreiner said that in order to attract more people to work as PSWs, in all sectors, the province needs to treat them properly.

"That means paying them a living wage, providing benefits like paid sick days, and ensuring safe and healthy workplaces," he said in a statement.

"COVID-19 has exposed the massive gaps in precarious work across the province, and made abundantly clear just how vital essential workers like home care providers are."