Another debate, another Doug Ford comment about Kathleen Wynne's smile

For the second time in five days, Ontario PC Leader Doug Ford made a reference to Liberal Leader Kathleen Wynne's smile at a debate of party leaders.

For the second time in under a week, the PC leader commented on his Liberal rival's facial expression

Another debate, another awkward moment.

The leaders of Ontario's major political parties met in Parry Sound, Ont., on Friday for a debate focused on northern issues. It wasn't so much the content of the debate, but what happened once it ended, that grabbed some peoples's attention.

After Liberal Leader Kathleen Wynne and PC Leader Doug Ford had apparently finished their handshake, Wynne tried to break away and walk off the stage in the opposite direction. Ford kept his grip, however, prompting Wynne to turn back and face him.

"I still like that smile," he said, smiling himself. 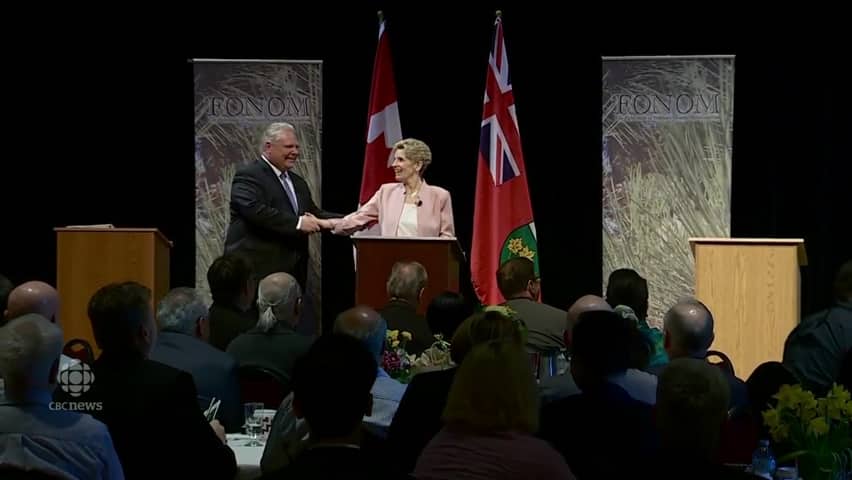 3 years ago
0:09
At the end of the Northern Debate in Parry Sound, PC Leader Doug Ford shook Liberal Leader Kathleen Wynne's hand and compliments her smile for the second time this week. 0:09

Wynne took questions from reporters after the debate and was asked about the interaction.

"I just turned away because I'm not sure what my smile has got to do with making good policy for the north or anywhere else in the province," she said. 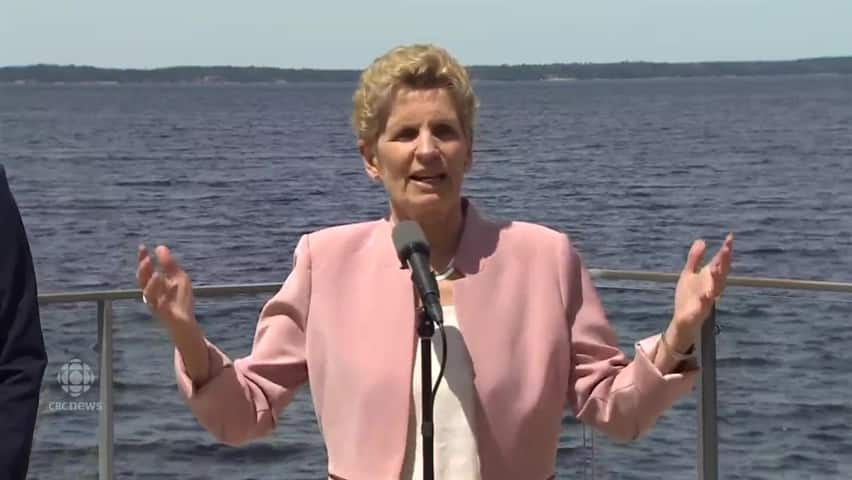 3 years ago
0:17
Kathleen Wynne reacts to Doug Ford commenting on her smile during the northern leaders' debate. 0:17

Ford did not take questions from reporters after the debate in Parry Sound on Friday.

It's the second time this week Ford has commented on Wynne's smile.

During Monday's debate, Ford — while asking Wynne a question — said, "You've got a nice smile on your face."

At the time, Wynne replied, "So do you," and the debate continued. 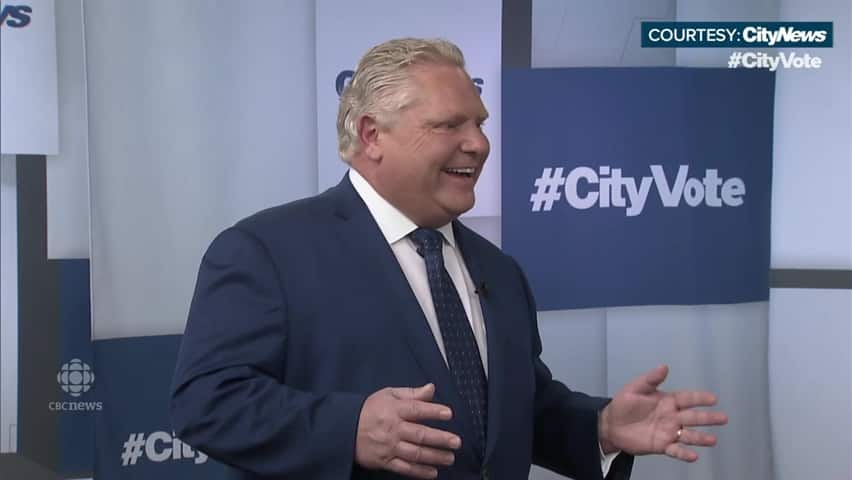 "Kathleen, you got a nice smile on your face there." - Doug Ford

​"I think that it's disappointing. It's not part of a substantial discussion of policy," Wynne told reporters after Monday's debate.

"You know, I think that there are many of us that come to maybe expect that kind of comment, that kind of behaviour."

Farrah Khan, a co-chair of the provincial round table on violence against women, says Ford's behaviour is not acceptable given the prominence of movements like #metoo and #timesup..

"We want a premier that is actually going to recognize and listen to women's voices," she said in an interview with CBC Toronto.

"This makes me really nervous when I see something like this."

Cahn said Ford's actions on Friday were not only verbally troublesome, but physically too.

"It wasn't just the fact that he said, 'I really like that smile,' he held her arm," she said.

"It kind of reasserted his power and dominance and kind of this idea that he is in control of the situation."