CBC Toronto tells you everything you need to know about the so-called "1991 loophole," which allows some landlords to hike rents by huge amounts while others are subject to strict controls.

Whether you're a renter or landlord, here's what you need to know about the 1991 rule on rent control

It's a piece of provincial legislation that's often referred to as a "loophole."

That rule that essentially removes almost all rent control on condo-apartments and dedicated rental units built after 1991.

Since CBC Toronto first reported on it last week, when my rent jumped from $1,650 to $2,600/month, a number of people have reached out with their own stories.

Here is a look back at what happened in the mid-90s when the so-called rent control loophole was brought in. 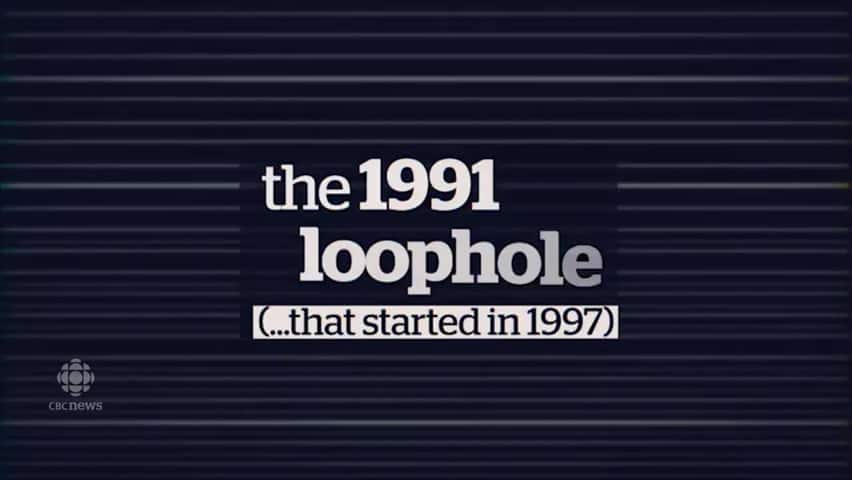 4 years agoVideo
3:01
CBC Toronto gives you a history lesson on everything you need to know about the so-called "1991 loophole," which allows some landlords to hike rents by huge amounts while others are subject to strict controls. 3:01

"People keep calling it a loophole and I don't even know how it can be named that," said Nicole Meredith, 25.

She's moving out of her one-bedroom condo-apartment in Queen West after her rent was increased $425/month.

"Nothing that is younger than I am in Toronto is even covered by the regulations in place. I'm curious if anything will be done to make it done stable and reliable to rent any condos in Toronto."

You have lots of questions about the 1991 rule. Here's what we know:

Why was it first brought in?

Low vacancy, big demand, and thousands of Torontonians on the wait list for social housing.

What's happening in the rental market right now is eerily similar to what was unfolding in the mid-1990s.

So, in 1997, the provincial government under Mike Harris introduced Bill 96.

Allan Leach was Ontario's minister of Municipal Affairs and Housing at the time.

"There was quite a squabble going on between the tenants associations and the real estate people," said Leach, now 82, who spoke to CBC Toronto over the phone from his home in Florida.

"Developers wouldn't build rentals if they had to put rent controls on them."

He adds, "they didn't want to put hundreds of thousands or millions of dollars into building apartment buildings, if the rent that was put on them at the beginning couldn't be changed over years."

By removing rent control on all new buildings, the hope was to spur more rental developments.

But the Harris government chose to leave rent increase guidelines intact for buildings constructed before 1991.

That really depends who you ask.

"I think what happened was the developers didn't trust the government and said, 'Sure, we'll build apartments, then the new government will come in and slap rent control -- to hell with it, we'll build condos," he said.

Since the rule came into effect, 902 condo projects have been built in the city of Toronto, with a total of 185,654 units, according to Urbanation, a real estate consulting firm.

About 50 per cent of those units are bought up by investors, who then turn them over to tenants.

The number of purpose-built rentals is just a fraction of that number..

A number of landlords and tenants associations have reached out to CBC Toronto, in response to our series, No Fixed Address.

Both sides seem to agree the 1991 rule has created a "two-tiered system."

Many landlords who own properties built before 1991 face increases to their taxes, water and hydro bills and argue they need to be able raise rents.

As the CBC has previously reported, rising hydro rates have spiked several times in recent years.

Toronto landlord Frances Newbigin says on the flip side, the 1991 issue creates a problem for landlords who own older buildings: How can they cover spikes in utilities or taxes without being allowed to adequately raise rents?

The 2017 rent increase guideline set by the Ontario government this year is 1.5 per cent.

Newbigin says that doesn't keep pace with her rising costs as a landlord.

She says the current system has to go.

"How can you have, and justify, two classes of landlords?" she says. "It's illogical and it's unfair."

"Ask anyone when their building was built and almost nobody knows," said Geordie Dent, the executive director of the Federation of Metro Tenants Associations.

"You've got people digging around in archives to see if they've got any rent control, whether their landlord can raise their rent $200, $300 or $1,000/month."

Does the Ontario government have any plans to change it?

In a statement emailed to CBC Toronto, the Ministry of Housing further explained its position:

It goes onto say, "Most private rental units in the province are protected under the Rent Increase Guideline, but we know that doesn't change the very real challenges felt by many people who are still looking for affordable rental in areas like Toronto."

The No Fixed Address series

This week, CBC Toronto is bringing you stories about Toronto's rental housing market and its implications. We'll tell your stories about searching for affordable housing, look at what's driving up prices, and search for solutions.