Alexandra Krawczyk, daughter of murdered billionaire couple Barry and Honey Sherman, fears for her family's safety as police continue to search for the killer. But she's determined to ensure the philanthropic work in which her parents invested millions doesn't falter.

Alexandra Krawczyk was paralyzed by fear after her billionaire parents, Barry and Honey Sherman, were murdered.

"I couldn't leave my home for months because I was too scared," Krawczyk says.

She's still afraid, knowing police have yet to make any arrests in the shocking case. But she refuses to let it deter her from ensuring  the community projects in which her parents invested millions will keep going.

"We don't know where the next target is, right? It's an alarming situation, and I feel that I do have to be on guard. But that's not going to stop me from doing important work."

The deaths of the high-profile billionaire couple in December 2017 in their home in north Toronto attracted international attention.

Since the murders, Krawczyk and her siblings have stayed close to each other and out of the public eye. Krawczyk herself is reserved by nature and has avoided speaking to the media since the murders, but she agreed to sit down with CBC's The National recently.

She says she continues to worry about her personal safety and the safety of her family as police hunt for leads in the killings. Outside investigators have also been conducting a parallel investigation.

But while the progress of the search for the killers has been slow, Krawcyzk says she and her siblings have been making strides to ensure Barry and Honey's philanthropic commitments don't falter.

Among those efforts, they formally launched The Sherman Foundations earlier this year to help oversee projects her parents had begun.

"There's so much work that's still yet to be done and the foundations have such a big potential to make a difference, so this to me is a big responsibility," says Krawczyk. "My dad was always saying that with wealth comes responsibility, and I understand that now."

One of Canada's wealthiest couples, Barry and Honey Sherman supported causes ranging from hospitals and universities to a wide variety of Jewish community organizations.

"Right from the beginning I started meeting with people, trying to find out what was happening, what were the loose ends, what were the things that we could help with and keep working on," Krawczyk says. "I'm taking it one step at a time, one meeting at a time. One step leads to the next, and I think I'm on the right path."

The responsibility is enormous, as the financial obligations her parents made to causes they supported were valued in the many millions of dollars.

Krawczyk says she can feel the "blessing and encouragement and pride" of her parents, which helps make the weight of that responsibility easier to bear. 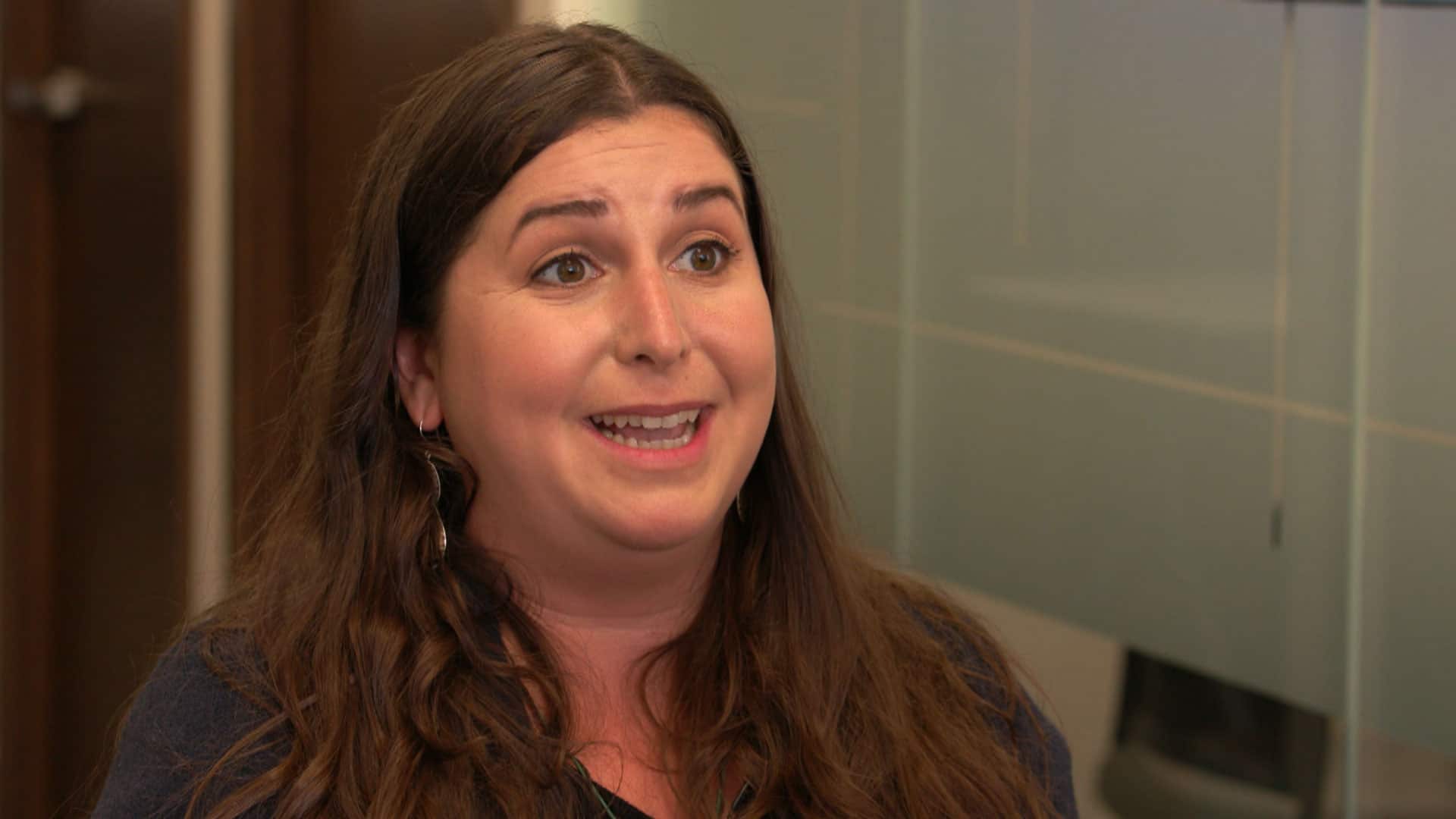 2 years ago
0:22
Alexandra Krawczyk says she feels the support of her parents, murdered billionaire couple Barry and Honey Sherman, as she works to carry on their philanthropic work. 0:22

One project that Honey had just gotten started on with close friend Marilyn Sinclair was Liberation 75, a global gathering of Holocaust survivors and educators that will take place in Toronto in the spring of 2020.

It meant a lot to Honey as the daughter of Holocaust survivors — and it's a cause that Krawczyk is focusing on as her first real foray into philanthropy.

The Sherman Foundations has committed to being the main sponsor of Liberation 75, and Krawczyk has taken a role in planning the conference and lending her support in the early stages of discussions with organizers.

"This is very meaningful to me, because I know my mom would be here if she could," Krawczyk says. "My siblings and I all find it very important to continue the work they were doing."

Watch: Alexandra Krawczyk on why she's determined to continue the charity work her parents believed was so important 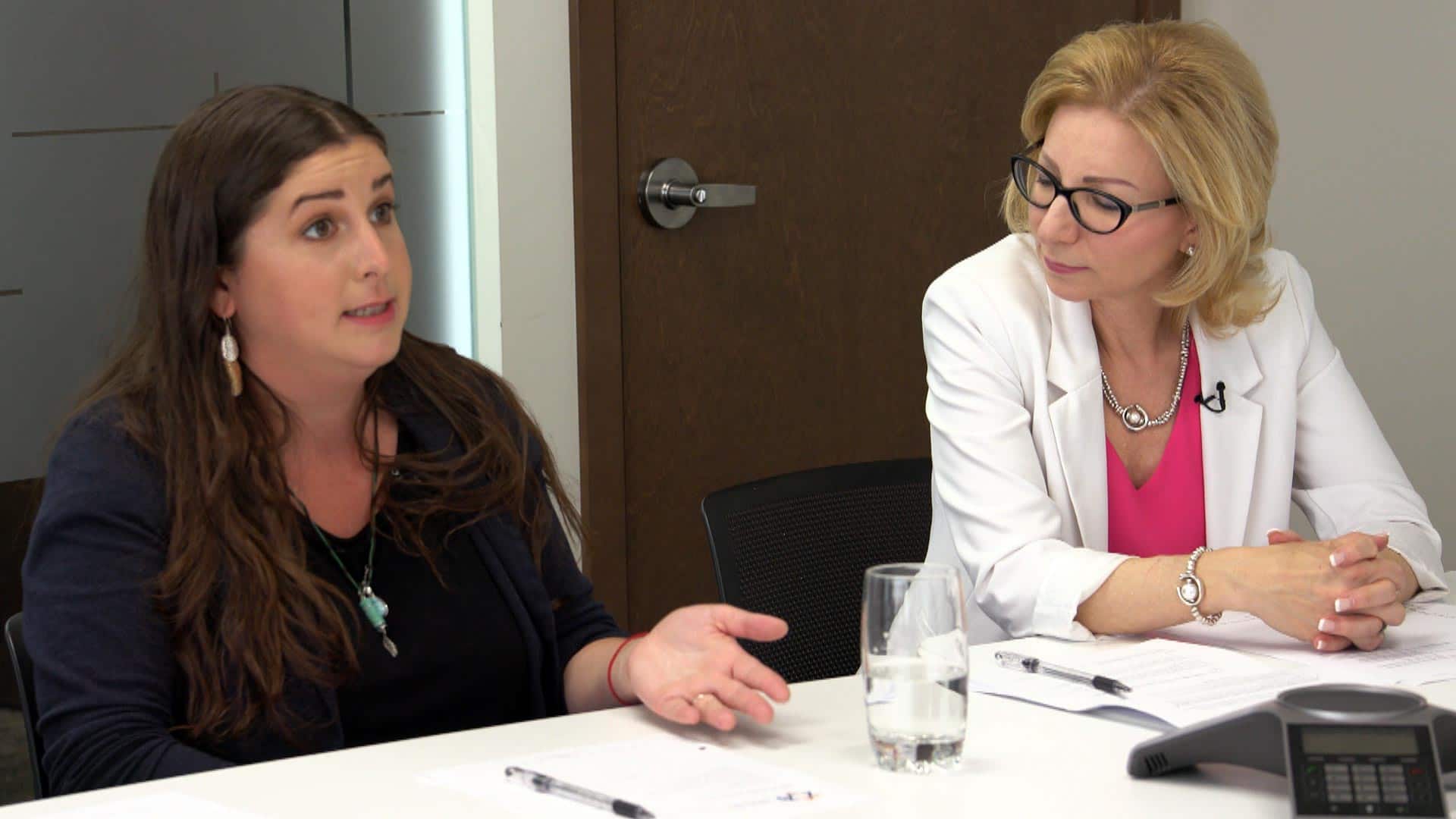 2 years ago
0:43
During a planning session for the Liberation 75 event, Alexandra Krawczyk describes to Marilyn Sinclair, her mother Honey Sherman's close friend, why she's determined to continue the charity work her parents believed was so important. 0:43

Still, moving into such a public role in community volunteerism isn't one that comes naturally to Krawczyk. A registered nurse who has worked mostly with homeless people, she has always led a private life. She finds stepping into the spotlight difficult.

"I'm quite a private person, all of my siblings are," she says. "I don't want to be on the public stage. But if I feel there's something really important to say or do, I will."

An example of Krawczyk taking on a role her mother normally would have had was her introduction of Prime Minister Justin Trudeau at a recent Jewish community event. Krawczyk says she wanted to thank the prime minister for an apology he'd made earlier in the year for Canada's decision to turn away Jewish refugees aboard the MS St. Louis during the Second World War, and to encourage him for taking that public position.

"I thought this was a once-in-a-lifetime chance to thank him for standing up to violence and ignorance, so I felt it was important," she says. 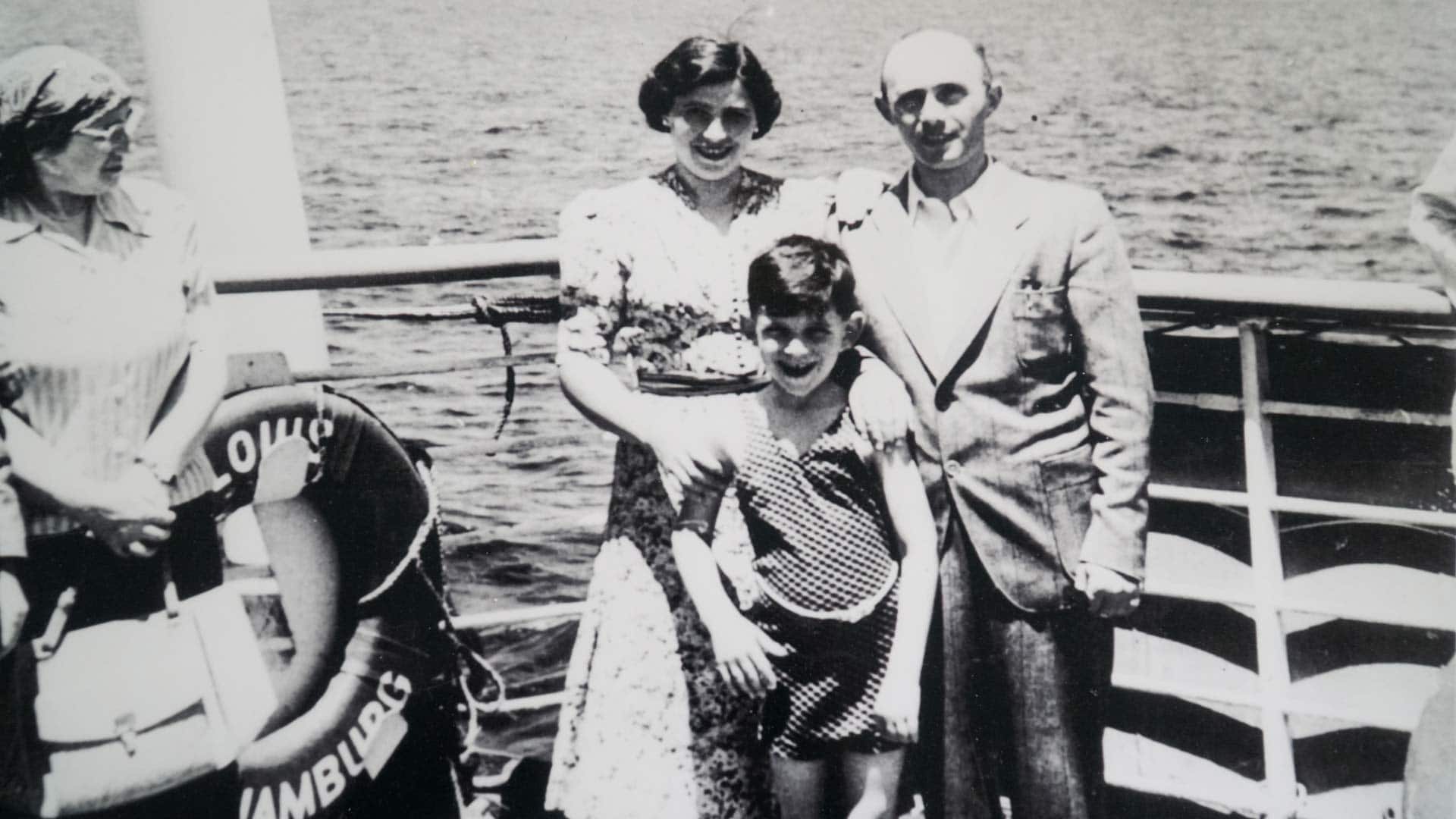 2 years ago
6:17
The Nazi regime of Adolf Hitler tested the limits of Canada's humanity in the lead-up to the Second World War and Canada's government failed that test "miserably," Prime Minister Justin Trudeau said. 6:17

Krawczyk says she is still determining what other projects she'll continue. She has come to realize that following in her parents' footsteps will consume a great deal of her time, but she has also found that it's helping her cope with her family's loss.

"For me, personally, the grief comes in waves," says Krawczyk.

"At first I couldn't process them both at the same time, I could only understand that my mom had passed. And then six weeks later it hit me that my dad had passed too … I'm still processing it every day, but then I walk into a room and I get a sign and I think 'Oh, this is where I'm supposed to be.' So yes, it does help with the grief and fear and all the negative feelings."

'Living in a state of fear'

As long as the uncertainty exists about who murdered Barry and Honey Sherman and why, Krawczyk says grieving for her parents is that much harder.

"I wish we could have some answers so everyone could sleep better at night," she says.

Although no arrests have yet been made in the investigation, Krawczyk still has hope.

"I have faith that that will happen, and that there will be an arrest and a conviction," she says. "I hope that that's the case, because living in a state of fear and uncertainty is really hard."

In the meantime, Krawczyk plans to expand the work of The Sherman Foundations to areas that support social justice and fight discrimination, and aims to put her own stamp on the work.

Her parents would approve, she believes.

"I hope they would be proud, and I think they'd be impressed that I was able to step into a role I'm not really prepared for," Krawczyk says.

"I'm surrounding myself with good people and good mentors, and I know I'm not alone — I've felt supported by many, many people along the way. I couldn't possibly do this alone."