A downtown Toronto street has quietly been converted into the scene of an epic battle between aliens and human-piloted robots for an upcoming Hollywood film. 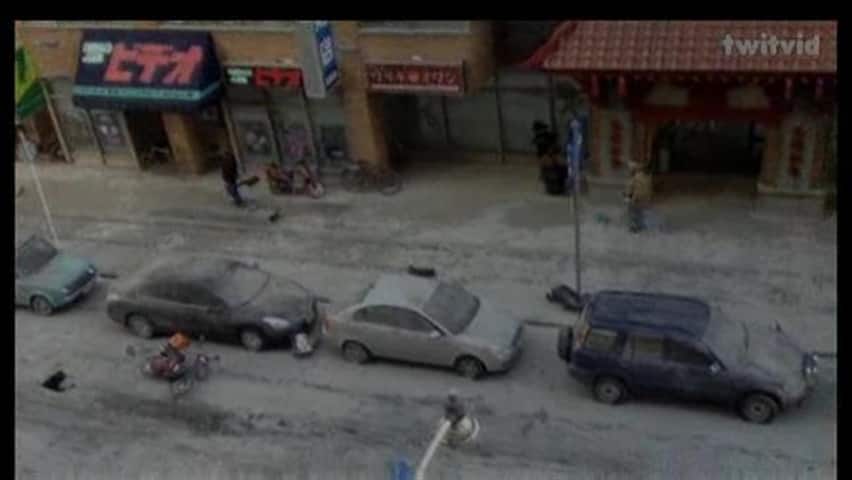 9 years ago
1:57
A big-budget movie shoot has turned a Toronto street into snowy Japan. 1:57

A downtown Toronto street has quietly been converted into Tokyo for an upcoming Hollywood action film.

Signs, flags, even mailboxes on the street had a Japanese-style makeover for the action film, set for release next year. The movie's plot involves an alien attack on downtown Tokyo and the efforts of the human-piloted robots that struggle to repel them.

The directors spared no details in giving the streetscape an authentic look, everything from fake metro station signs to plastic cherry blossoms attached to the trees.

Everyone working on the film is staying tight-lipped about its details. They’re trying to keep filming locations secret, but some signs are too obvious to ignore.

"We now have a Japanese flag on our office, so I guess we're in the middle of it," said one downtown worker who spoke to CBC News.

The film is slated to continue shooting in Toronto through April.