The distraught mother of a six-year-old girl is launching a complaint against Peel Regional Police, after officers handcuffed her daughter at the child's elementary school.

Police and Peel District School Board say girl was violent, handcuffed for own safety

The distraught mother of a six-year-old girl is launching a complaint against Peel Regional Police after officers handcuffed her daughter at the child's elementary school.

"As protectors of individuals in the community, there's no excuse."

CBC Toronto is not identifying the family or school to protect the child's identity.

The incident dates back to Sept. 30, 2016 when the girl allegedly began acting violently in her Mississauga school, kicking and punching at school administrators, according to police. 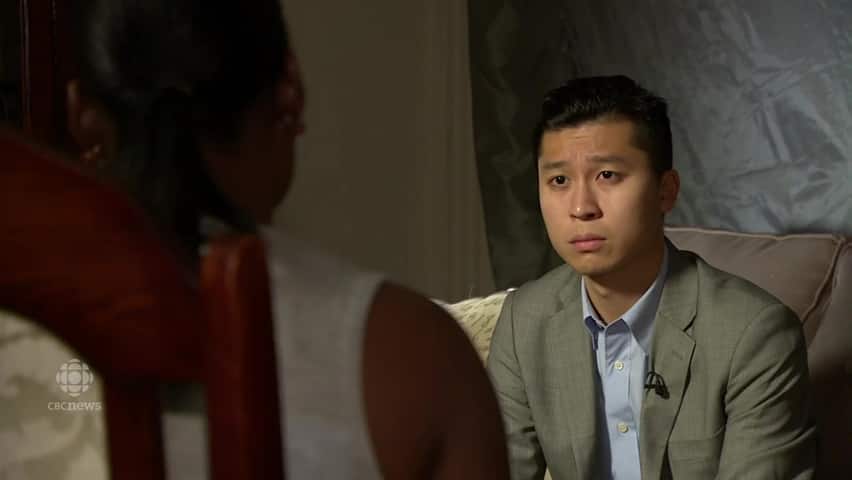 Mother of 6-year-old girl who was handcuffed speaks to Adrian Cheung.

4 years ago
2:17
Mother of 6-year-old girl who was handcuffed speaks to Adrian Cheung 2:17

The child had previously been suspended by the school and officers had been deployed in the past for similar incidents involving the girl, according to Peel Regional Police spokesman Sgt. Josh Colley.

When two Peel police officers arrived on the scene and weren't able to calm down the child, they handcuffed the six-year-old's hands and feet for "the safety of other students and ultimately the child," said Colley.

"No police officer wants to walk into this situation, nor do we want to restrain a child. But their safety is our number one priority," he added.

The child was not injured, but her mother believes there is no scenario where a child should be forcibly restrained.

Though the school board would not comment on this specific case, citing privacy laws, it does believe teachers and the administration did the right thing.

"At some point, if you're not able to [de-escalate] and you believe the child is at risk to themselves or to others, what staff are able to do is contact first responders," says Carla Pereira, manager of communications for the Peel District School Board.

The child moved to a different school in December and her mother says she has yet to hear of any problems from her new school administrators.

"[My daughter] goes to boys and girls clubs, no problem. Goes to church, no issues. On the bus, no issues."

She says she took her daughter to a number of doctors after her previous suspensions to find out if she had undisclosed developmental issue, but doctors told her that the girl has no known problems.

As a result, the mother believes her daughter was being targeted by former school administrators and teachers who wanted the child out of the school.

The African Canadian Legal Clinic has been working on behalf of the family and said it plans to lodge a complaint to the the Office of Independent Police Review Director, believing this case to be racially motivated.

"From a legal standpoint, we have a few issues here," said Danardo Jones, director of legal services at the clinic.

"There's issues around anti-Black racism; whether or not the actions taken by police and school officials were based on anti-Black sentiment. We would argue that it is," Jones added.

The mother said incidents like these strain relations between a community and police officers.

But both the board and police deny race was a factor in this encounter and said it played no role in the decision to restrain the child.

Police, in particular, are angered by the suggestion their officers were driven to act based on the girl's race.

"It's an insult that anyone would involve race or racism when dealing with a child," Colley said.

"For anyone to think that racism played a part in this — it's disgusting."