A Mississauga, Ont., mother says she doesn't need to wait for the results of a Transport Canada investigation. She says her backyard was 'bombed' by poo from the sky earlier this week. 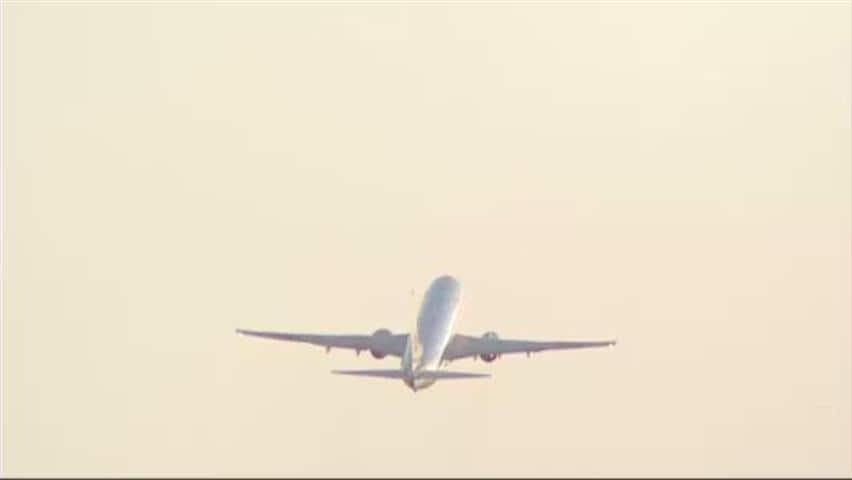 Poo from the sky

What's brown and smelly and falls from the sky?

That's what Emma Gilfillan-Giannakos of Mississauga, Ont., wants to know —  and what Transport Canada investigators are trying to determine.

Gilfillan-Giannakos was sitting in her backyard earlier this week, her kids playing nearby.

"I was sitting underneath the gazebo .. with my son, and my two other kids were on a fort over here, and all of a sudden we heard this big bomb! Like it hit the pool."

When she investigated she found her patio, her pool and her garden were covered with brown splashes.

As far as Gilfillan-Giannakos is concerned there's no doubt.

Her home sits along the flight path to Canada's busiest airport, Pearson International. Planes can be seen criss-crossing the sky above her home all day long.

Transport Canada officials are investigating but haven't come to a final conclusion.

They do say there's something they call 'blue ice' that occasionally falls from airliners.

'Blue ice' forms when there's a leak from the tanks which store lavatory waste.  The waste sometimes freezes and sticks to the aircraft.

When the plane descends and begins to warm up, the ice falls off.

Investigators say if that is what happened they'll try to identify the aircraft and take corrective measures.

But Gilfillan-Giannakos says she doesn't need to wait for the result of a long investigation.

"All  I know is something came from the sky.  And to me it's either a bird or a plane.  And there's way too much of this to be birds."

Gilfillan-Giannakos, says she's been left with a bill for about $5,000 for emptying and cleaning her pool, replacing the liner and cleaning the patio.