Ontario's Progressive Conservative party is apologizing after a security guard at their policy convention in Niagara Falls, Ont. tried to intervene while a CBC News reporter was reporting on live television.

Ontario's Progressive Conservative party is apologizing after a security guard at their policy convention in Niagara Falls, Ont. tried to intervene while a CBC News reporter was reporting on live television.

Queens Park reporter Mike Crawley was in the midst of a CBC Power and Politics live news hit outside the Scotiabank Convention Centre, where the party was meeting to develop its platform for the 2022 provincial election.

Crawley was reporting on Education Minister Stephen Lecce's reaction to protests by four unions representing the province's education workers, when a security guard stepped in front of his camera and blocked his shot.

He was positioned outside the convention centre because the PCs were not allowing media inside the building where delegates were registering.

"You gotta go, you can't be here," the security guard is heard telling Crawley.

It's unclear who the security guard was contracted by.

"Excuse me," Crawley says, telling Power and Politics host Vassy Kapelos, 'There's a security trying to stop us from doing this report." 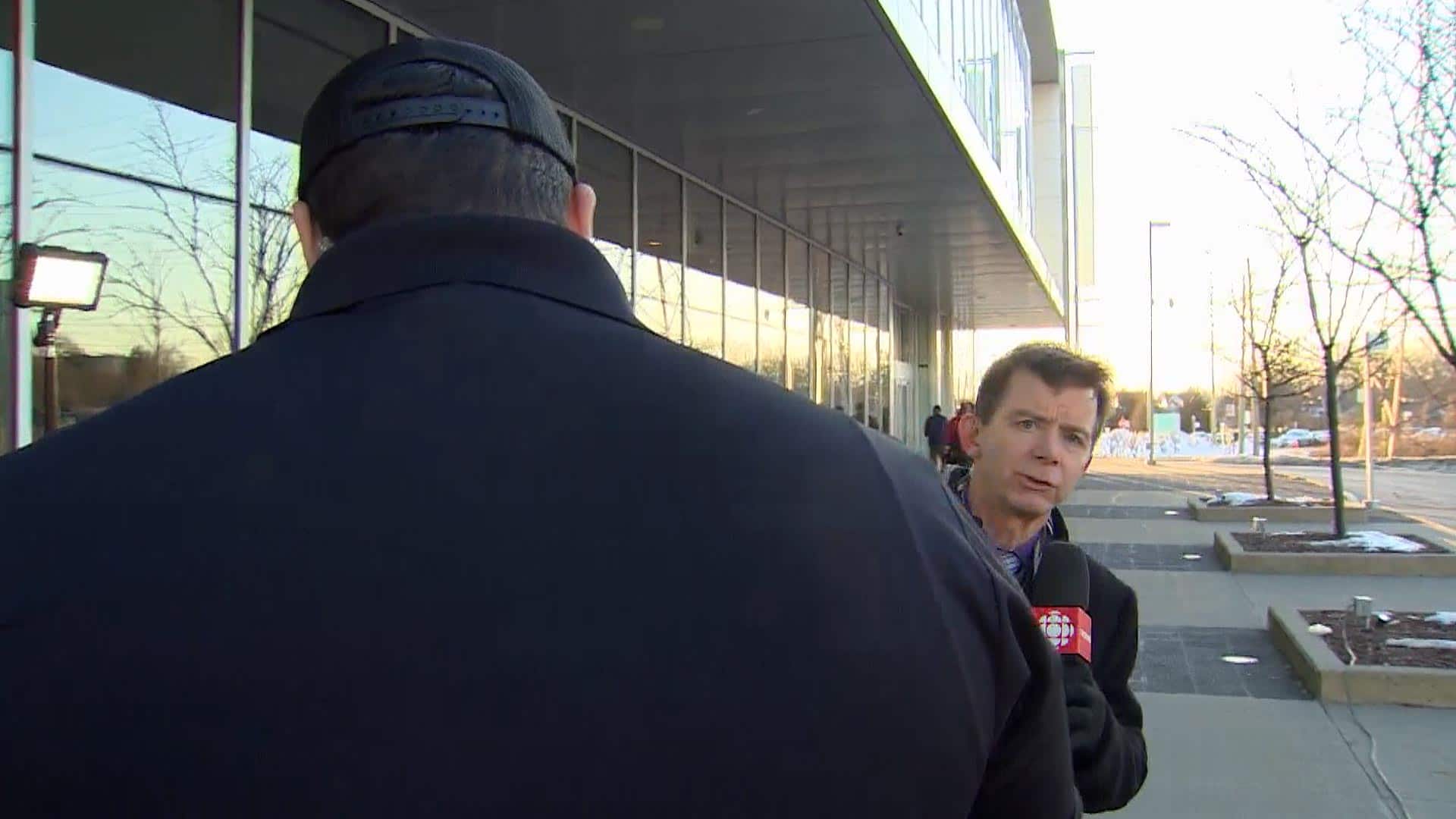 11 months agoVideo
3:40
The CBC's Mike Crawley was reporting on the Ontario PC convention in Niagara Falls Friday when a security guard at the Scotiabank Convention Centre blocked him, said he couldn't be there, and told him he was going to call police. PC staffers have since apologized for the guard's actions. 3:40