Canada's Walk of Fame just got longer as seven distinguished Canadians — some known around the world — were recognized in Toronto.

'This means everything to me,' singer says at 17th annual event in Toronto 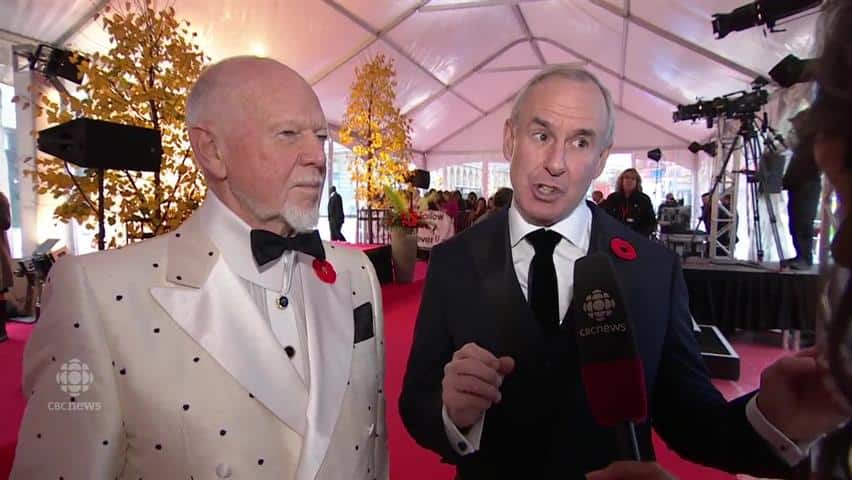 5 years agoVideo
3:54
Michael Bublé is among the seven names inducted into Canada's Walk of Fame at the 17th annual red carpet event. 3:54

Canada's Walk of Fame just got longer as seven distinguished Canadians — some known around the world — were recognized Saturday in Toronto.

At the 17th annual red-carpet event, tributes were to be unveiled for famous names in Canadian culture. Those honoured will have their names engraved onto inlaid stars on the sidewalks near the downtown intersection of King Street West and Simcoe Street in Canada's largest city.

Bublé told CBC's Tashauna Reid that he sees himself as a "fiercely proud Canadian" and praised the country for being distinct and special.

"This means everything to me," he said. "I can't even tell you how big it is."

Cherry said receiving the honour with his colleague, MacLean, "really means a lot" after the duo spent more than three decades appearing together on CBC's Hockey Night in Canada.

"All of the sudden, here we are — stars," Cherry said.

MacLean, who began working at CBC at 26 years old, called Cherry a "mentor" for his guidance through the years.

"I just feel like we were on a good team, and that's nice to have been a part of."

Shawn Mendes will also be receiving a special award from Canada's Walk of Fame. The teen singer-songwriter has been selected as the recipient of the Allan Slaight honour, presented each year to a young Canadian making a positive impact in the music industry.

The award comes with a $10,000 honorarium and will be presented during the gala, to be hosted by actor Jason Priestley.