The tenants of a Mississauga, Ont., commercial complex say the smell coming from a neighbouring marijuana grow-op is making it hard to do business. 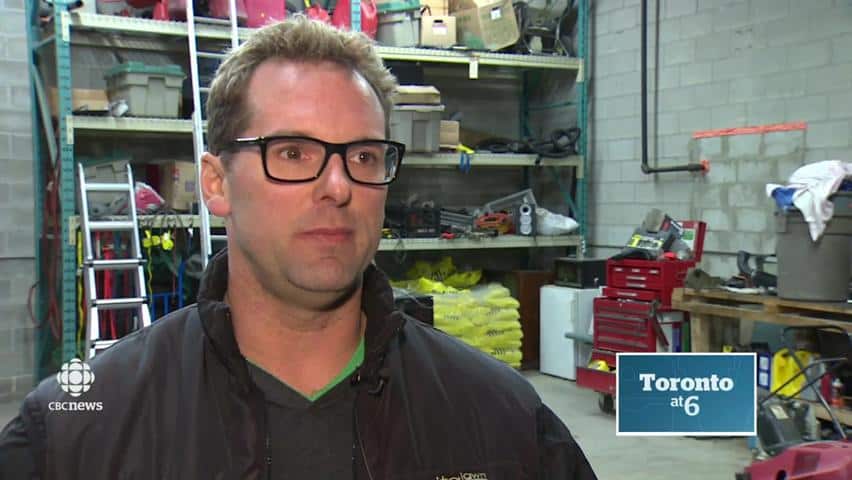 The tenants of a Mississauga, Ont., commercial complex say the smell coming from a neighbouring marijuana grow-op is making it hard to do business.

Jon and Jackie Messenger say their heating and air conditioning company, which operates out of a plaza near Royal Windsor Drive and Southdown Road, is surrounded on three sides by a medical marijuana grow op.

They say there's no escaping the smell.

"The headache throughout the day is constant," Jackie Messenger told CBC News. "These guys should be working in detached buildings."

Messenger says they don't have a problem with medical marijuana — they just think grow-ops should be located somewhere else. After 10 years in the same location, they are considering moving.

It's getting hard to do business ... hard to be in here for any period of time- Business owner David Kralik

Tenants say the smell makes it almost impossible to work and that it has driven away customers.

"It's getting hard to do business ... hard to be in here for any period of time," said David Kralik, who runs a snow removal company in the same plaza.

Kralik says he does as much work as he can outside, in his truck, and is worried about having his employees inside.

The property manager for the complex says the grow-ops have a licence from Health Canada to grow medical marijuana, that the units are clean and safe, and that they've been checked by police and fire officials.

But for privacy reasons Health Canada can't confirm if its officers have checked the units on Royal Windsor Drive.

The units have been found to be in violation of some zoning bylaws. Officials told CBC News that investigation is ongoing.

Federal legislation banning individuals from running grow-ops was passed last year and then stayed, which means anyone with a licence to grow can continue doing so until a federal court reaches a final decision.

Calls for comment from the grow-ops were not returned.

With files from CBC's Charlsie Agro