A controversial figure in Mayor Rob Ford’s office is reportedly under investigation for an alleged incident at a GO station last month. 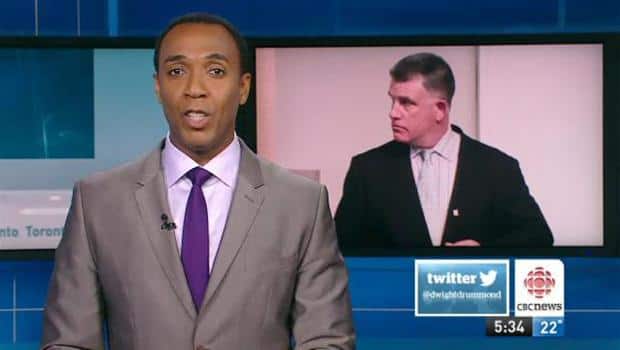 7 years ago
2:05
A GO station incident that reportedly involved David Price is being probed. 2:05

A controversial figure in Mayor Rob Ford’s office is reportedly under investigation for an alleged incident at a GO station last month.

Metrolinx confirmed Thursday that security officers are investigating an Aug. 27 incident at the Georgetown GO station where a man allegedly broke a door after a dispute with a GO agent.

A report in the Toronto Star has identified that man as David Price, who serves as the mayor’s director of operations and logistics.

But later in the day, the mayor acknowledged that Metrolinx was looking into the matter.

"I don't comment through the media on personnel issues and as you know, Metrolinx is doing an investigation," Ford said. "Right now, I know as much as you know. That’s all I can say."

Controversy has dogged Price since he joined the mayor’s office less than a year ago.

CBC News first reported that Price made a series of fake calls to the mayor’s radio show.

He then phoned a Toronto newspaper to complain about coverage of the story.

Price was suspended over that incident.

He used to coach the mayor’s football team and has been friends with Coun. Doug Ford, the mayor’s brother, since the two were both teenagers.

Despite those long ties with the Ford family, patience with Price appears to be running thin with some councillors at Toronto City Hall.