Rob Ford: He was 'the only guy that cared,' Mark Towhey says

A former chief of staff for Rob Ford says his death came as a "kind of a shock," and that the former mayor's legacy will be positive and fondly remembered in due time.

A former chief of staff for Rob Ford says his death came as a "kind of a shock," and that the former mayor's legacy will be positive and fondly remembered in due time.

"I almost didn't think this could beat him," said Mark Towhey about Ford's cancer. "So when I heard the news … it was a gut check. It was a kind of a shock."

"He has won against the longest of odds every other time he has faced them."

Towhey says he was the first person hired by Ford in his 2010 campaign to be mayor, originally as director of policy.

He was fired in May 2013 by Ford, reportedly for asking the mayor to "get help" following media reports Ford was recorded on video smoking crack cocaine.

"The last time that I saw or spoke with Rob was the day that he fired me at city hall," said Towhey.

Towhey believes that although Ford's legacy worldwide will be as the mayor who smoked crack cocaine, he'll be remembered positively in Toronto.

"Rob Ford made Toronto interesting around the world. You can argue that it was for all the wrong reasons," said Towhey.

"I think in the short term he will be remembered, outside of the city anyway, as the crack mayor. I think inside the city, for a lot of people who didn't like him before, that's who he was," he added.

However, Towhey said that for "literally hundreds of thousands of people in Toronto," Ford will be remembered as someone who tried his best to help on a personal level.

"For all of those people, he was on their side. He was their guy at city hall," said Towhey. "He was the only guy that cared enough to ever return their phone calls or gave a damn enough to come out to their home and take a look at this tree that was annoying."

"They'll think of the policy things that he did achieve because that is what they wanted from their mayor at that time," he added. "I think in the long run, history will treat him better than life did."

In 2015, Towhey wrote and published a tell-all book about his time working in the mayor's office, describing his tenure in an interview with CBC's Metro Morning as "a roller-coaster."

His 360-page account of the Ford mayoralty, Uncontrollable: How I Tried to Help the World's Most Notorious Mayor, contained some startling revelations, including a late-night phone call he received from Ford in which the mayor was heard arguing with his wife.

Towhey described a "no-holds-barred screaming fest" in which the former mayor was "agitated" and "incoherent." 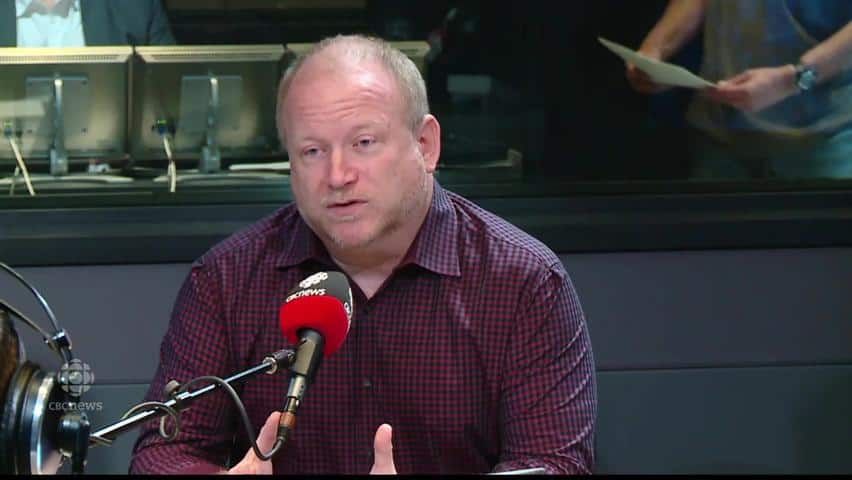 5 years agoVideo
2:51
Mark Towhey talks to Matt Galloway about details from his new book "Uncontrollable: How I Tried to Help the World's Most Notorious Mayor." 2:51

Towhey also wrote that he grabbed his phone and keyed in 911 on a couple of occasions, but never hit enter because ultimately he didn't think there was a safety threat. And he wrote that other staffers had told him those types of calls were common.

In another section of the book, Towhey retells a story he heard from a staff member who said Ford drank a 12-ounce bottle of vodka while driving his Cadillac Escalade, and that police officers had driven Ford home instead of charging him with drinking and driving.​

Towhey said he warned his colleagues not to ride in a car driven by Ford after the incident, because he didn't know when Ford had been drinking.