All families with a child with autism in Ontario will be eligible for some provincial funding — no matter their income — and some children with more severe autism could qualify for additional funding, the government says.

All families with a child with autism in Ontario will be eligible for some provincial funding — no matter their income — and some children with more severe autism could qualify for additional assistance, the government says.

The change is one of a number of tweaks to the government's controversial revamp of the Ontario Autism Program, which was announced last month. Minister of Children, Community and Social Services Lisa MacLeod detailed the revisions at a brief news conference at Queen's Park on Thursday morning.

MacLeod said that the past month has been "incredibly emotional" for families, and she has heard their concerns.

"Parents were right when they said that autism is a spectrum and that there are different needs for children on the spectrum," she said.

"So for the next few months I'll take their input to best assess how we better support those with complex needs and provide additional supports for them."

MacLeod had previously said that in order to clear a waiting list of 23,000 children, kids with autism would receive direct funding to pay for treatment, rather than a needs-based funding model. 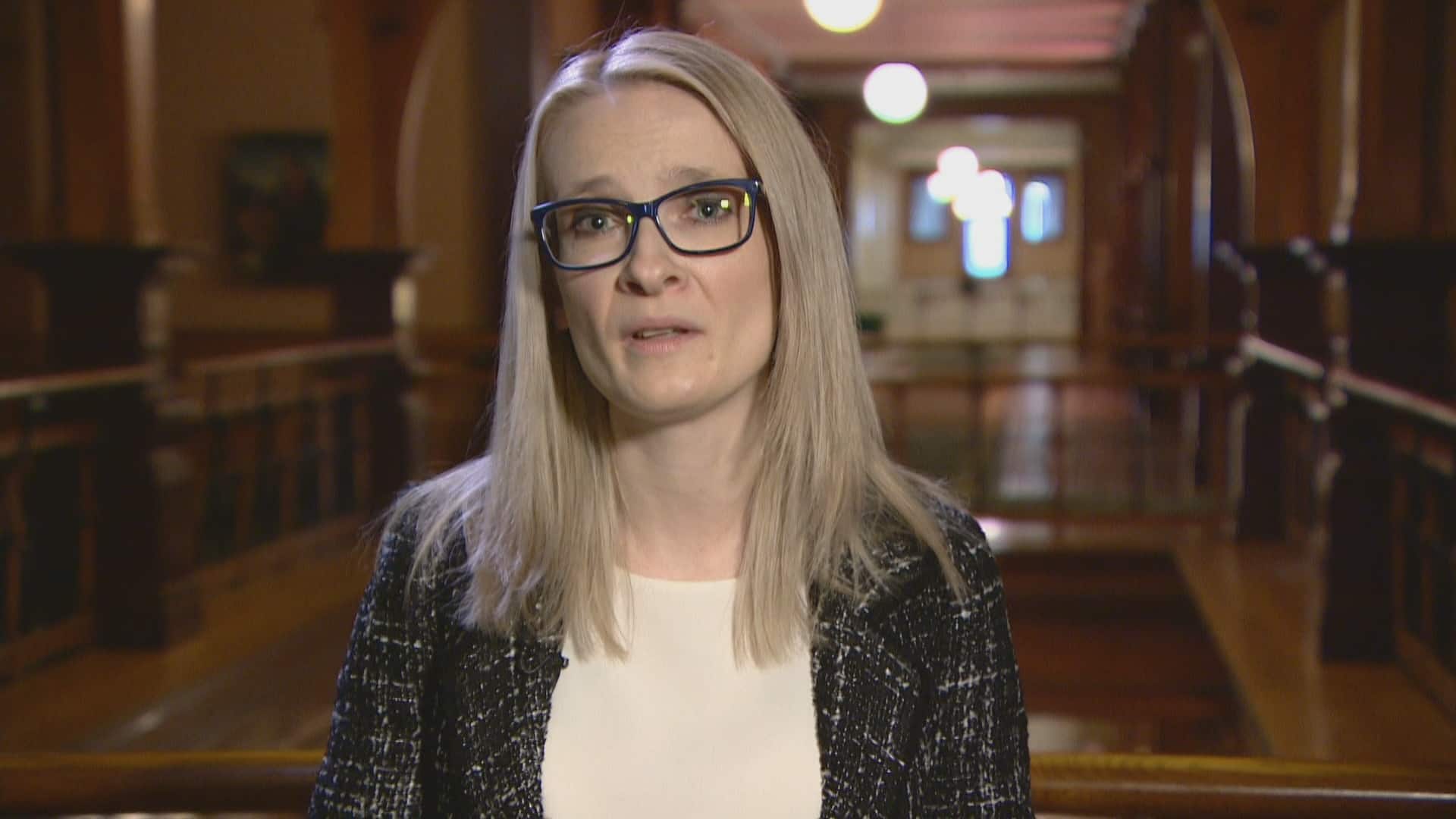 2 years agoVideo
5:32
'We are listening to people,' says Amy Fee, parliamentary secretary to the Minister of Children and Families. 5:32

Those maximums were based on sliding income scale, with families earning more than $250,000 per year ineligible for funding. MacLeod says now that all kids under six diagnosed as on the spectrum will receive $20,000 per year until they turn six and kids over six years old will receive $5,000 per year regardless of family income.

Further, MacLeod said that children currently receiving publicly-funded autism therapy will continue to have access to that service for as long as their current treatment plan dictates. After that, they will able to renew their plan at the same level of intensity for another six months.

Speech language pathology, physiotherapy and occupational therapy will also be added to the list of provincially funded services.

Intensive therapy can cost up to $80,000 per year and many parents with kids already in government-funded therapy say they will be unable to cover the difference to keep their kids in full-time therapy.

The government's proposed changes prompted large protests at Queen's Park and was met with resistance from parents, school boards and therapy providers. Educators have warned that schools are not prepared to deal with an influx of students with autism and have asked the government to delay implementation of the plan.

MacLeod, until now, had been firm in her message that the plan would go ahead as is, and that there was no room to provide additional funding. She said Thursday that more money would go into the program to provide the new needs-based supports, but couldn't say yet how much more.

She added that she will "offer no apologies" for attempting to clear the therapy wait list within 18 months.

Laura Kirby-McIntosh, the president of the Ontario Autism Coalition, said the devil will be in the details, but called the news is a very positive development. 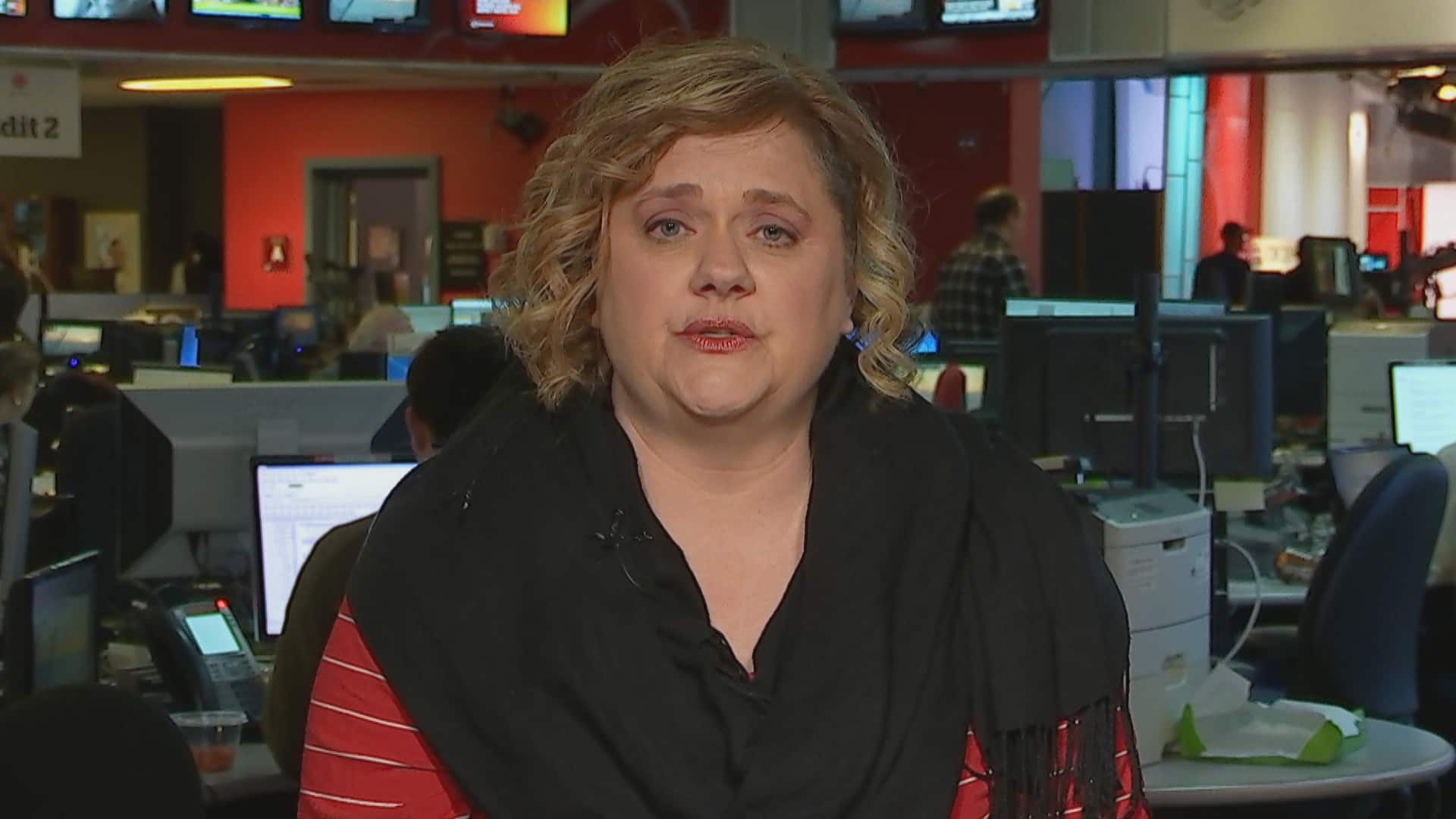 2 years agoVideo
8:10
'This is a step in the right direction,' says president Laura Kirby-McIntosh, but the organization says it still has questions. 8:10

"Oh my God, she heard us," Kirby-McIntosh said. "I heard a commitment to move to a system that is needs-based and that doesn't simply give everybody the same amount regardless of need, so that's a huge concession."

"They should have done the work before they made the announcement and put the policy in place," she said.

"They've put families in chaos for the last month and a half for no reason."

You can watch the news conference below: