Ontario officials say stringent measures are being taken to protect residents of long-term care homes, after 71 deaths were reported this week alone.

Ontario provincial officials say they're taking stringent measures to protect residents of long-term care homes from COVID-19, as cases and deaths start to mount again in homes hit hard during the first wave of the pandemic.

At a news conference on Friday, Health Minister Christine Elliott said over the past week alone, the province has seen 71 deaths in long-term care homes.

"We have been making significant investments into the protection of people in long-term care, building that iron ring around them, making sure that there is the personal protective equipment for staff there, making sure that the residents are protected from outside transmission, testing the staff, testing the residents on a regular basis," Elliott said.

"We're going to continue to do that. We're also going to move in some of the new rapid tests that we have recently received so that people can receive answers faster, whether it's family members or staff, to make sure they can go in to see their family members, to make sure that they are safe and don't have COVID-19."

According to Elliott, part of the problem is that there is community transmission and that's how the novel coronavirus is finding its way into long-term care homes.

"That's one of the reasons we're taking the steps we are today to cause more regions to now … move into some of the more restricted zones earlier so we can protect our most vulnerable. That's a critical part of our plan," Elliott said.

WATCH: How long-term care homes are battling the second wave of COVID-19: 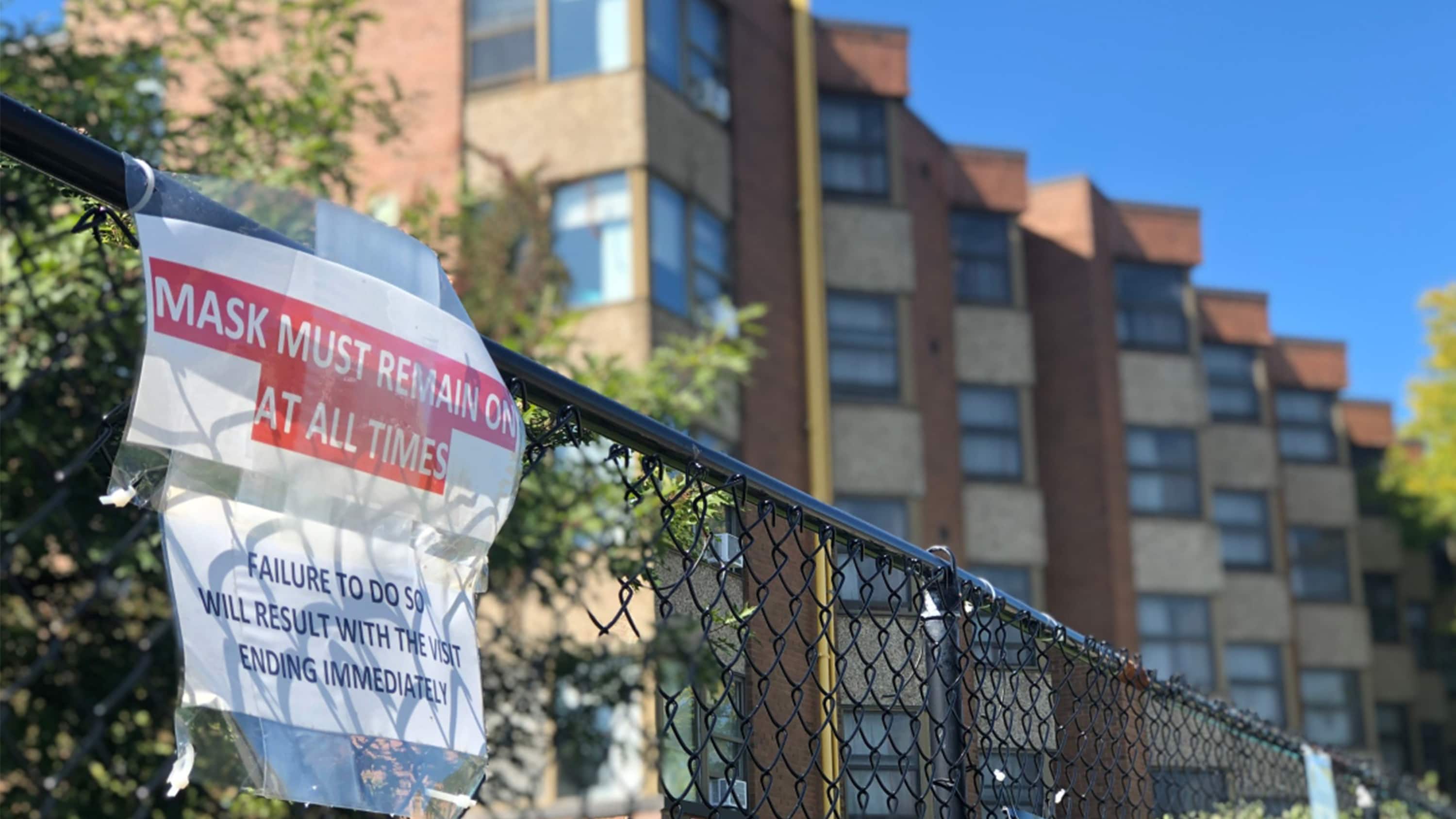 4 months ago
2:35
Long-term care homes are battling this second wave of COVID-19 — which is proving difficult. Ninety-three long-term care homes across Ontario are reporting outbreaks with hundreds of residents infected with the virus. Ali Chiasson has more. 2:35

On Friday the government announced it is making changes to its colour-coded COVID-19 system and putting several regions into the red "control" zone, which contains more severe restrictions.

Elliott announced the following cities and regions will move into the red zone of the province's framework:

During the first wave of the pandemic, residents of Ontario's long-term care homes accounted for more than 62 per cent of COVID-19 deaths in the province.

In the Greater Toronto Area, the novel coronavirus ravaged dozens of facilities that are home to some of the province's most vulnerable residents.

Dr. Nathan Stall, who works at Toronto's Mount Sinai Hospital, has accused the province of failing older Ontarians in long-term homes in the first wave of the pandemic, and failing them again in the second wave.

Stall said as of Nov. 12,  there were COVID-19 outbreaks in 93 homes, with 51 reporting cases in residents.

"We are quite alarmed and concerned about the intensifying and worsening situation within long-term care during this second wave," Stall said Friday during a news conference hosted by the Registered Nurses' Association of Ontario (RNAO).

"There are many people speaking specifically about the state of our health-care system as it pertains to ICU beds and hospital capacity but it's really, really critical to keep the focus as well on long-term care."

Describing the devastating impact of COVID-19 on Ontario long-term care homes as "our provincial shame," Stall said he is distraught, and pleading for stronger action to protect the most vulnerable.

"This is a disease that disproportionately impacts older people and particularly those that live in long-term care, so almost two thirds of all the deaths in our province have occurred among long-term care home residents," Stall said.

"We had an absolutely devastating and catastrophic acceleration of deaths between the end of March and May where we had almost 2,000 deaths in long-term care residents."

He noted that since October, there has been an exponential growth of deaths within long-term care homes again.

"So this is why we are calling for urgent action within the sector because we do not, we cannot have this happen again what we saw in the first wave," Stall said.

"And we've had 200 deaths since mid-September, that's 200 deaths within our province's long-term care residents in the second wave."

But Premier Doug Ford, who also spoke at Friday's provincial news conference, assured residents that he will do everything necessary to protect the most vulnerable and the personal support workers (PSWs) who care for them.

"We're making sure that we're doing everything absolutely possible in our powers to continue enhancing the iron ring … increasing funding, making sure we're taking care of the PSWs that are absolute heroes that are in there every single day," Ford said.

"I will spare not a single penny when it comes to protecting the people of this province, no matter whether it's long-term care or anyone else."