A Toronto woman whose husband died of liver failure in 2010 plans to challenge an Ontario policy that requires alcoholics to be sober six months before they are considered as candidates for a liver transplant. 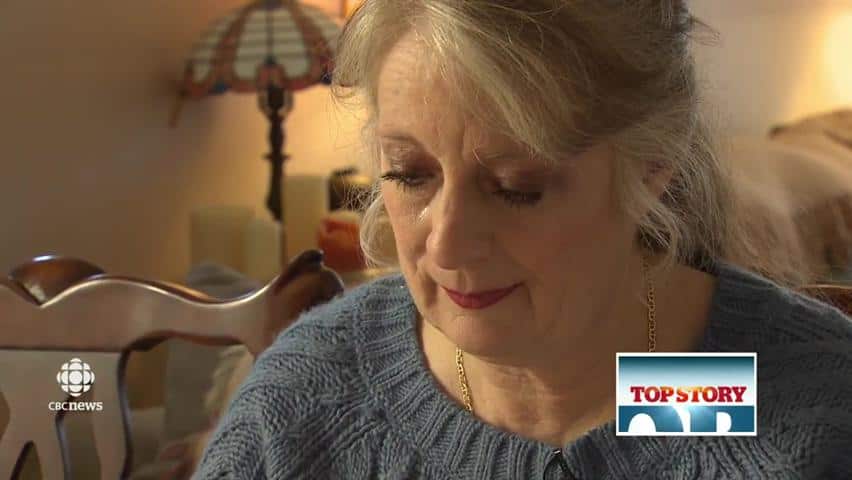 6 years ago
2:08
A Toronto woman plans a challenge to a policy requiring six months sobriety before a liver transplant 2:08

Should alcoholics be required to stop drinking for six months before they are eligible for a liver transplant in Ontario?

The issue has been raised by the widow of Mark Selkirk, a Toronto man well known as the person behind the moose sculptures that once appeared across the city.

Selkirk was also a lifelong alcoholic. In 2010, he was diagnosed with acute alcoholic hepatitis and told by doctors he would die without a liver transplant.

In Ontario, patients who need a new liver must abstain from drinking for six months before they are eligible for a transplant. Selkirk died two weeks after his diagnosis.

His widow, Debra Selkirk, is planning a constitutional challenge of the six-month policy. She intends to use the Charter of Rights and Freedoms to argue that the policy discriminates against patients who suffer from alcoholism and uses a moral judgment to deny patients a life-saving treatment.

"I believe that if doctors have a patient whose life they can save and they have a donor who's willing to give, that they have an obligation [to save their life]," she said in an interview on CBC Radio's  As It Happens.

She theorizes that if lifestyle choices were taken into account for all procedures, it would be seen by many as inhumane.

"Perhaps we should have a rating system for every disease and everything that comes into our hospital," she argues.

"If someone comes into the hospital bleeding to death and you're a gang member ... I say to him, OK, I'm going to look at my list ... 'Gang related.' We make them wait three hours [according to our lifestyle policy]. If you bleed to death in the meantime, oh well, you're a bad person.

Dr. Gary Levy, the former director of the Multi-Organ Transplant Program at University Health Network who now heads the living donor liver program there, said the policy is in place mainly because livers are a scarce and finite resource. He is not involved in Selkirk's case.

In an interview on CBC Radio's Metro Morning on Wednesday, Levy said last year more than 100 people died while waiting for a transplant.

"We have a shortage of suitable organs, we don’t have enough to meet the need," he said. "We have a responsibility to ensure the organs are used wisely."

Levy said studies have shown that alcoholics awaiting a liver transplant and who are able to abstain from drinking for six months have a very low rate of returning to drinking.

He said if a liver is donated to a patient who damages the new organ by continuing to drink "we don't have one death, we have two deaths."

Levy also denied suggestions that the six-month waiting period is about saving the cost of the transplant surgery.

"We've never denied an individual in our centre because of dollars and cents," he said. "Where a need exists and where people meet the criteria, we move quickly to provide them the service."

Selkirk plans to push ahead with her challenge, saying the current policy treats alcoholism as a "character flaw" instead of a medical condition.

She said the provincial government, which earns revenue from alcohol sales, has a responsibility to make sure everyone gets the medical treatment they need.

"We have an alcohol problem and it's not right to let people die because we don't want to address these problems," she said. "It's not for them to make moral judgment calls."