Driving at night comes with challenges from poorly lit roads to headlight glare, but now many Ontarians say there’s another thing to worry about — not being able to read the province’s new licence plates in the dark.

'Did anyone consult with police?' Kingston officer asks; government says it did

Driving at night comes with challenges from poorly lit roads to headlight glare, but now many Ontarians say there's another thing to worry about — not being able to read the province's new licence plates in the dark.

The blue plates are being heavily criticized on Twitter with many people posting photos of them at night, when all that's visible is a shiny blue rectangle. The numbers and letters are illegible.

Kingston police Sgt. Steve Koopman posted a photo he took of a car in a parking lot and asked, "Did anyone consult with police before designing and manufacturing the new Ontario licence plates? They're virtually unreadable at night."

Ok, this was taken off duty in a relatively well lit parking lot with my headlights on. Did anyone consult with police before designing and manufacturing the new Ontario licence plates? They’re virtuallly unreadable at night. <a href="https://t.co/CoLxnp3iTQ">pic.twitter.com/CoLxnp3iTQ</a>

Another Twitter user uploaded a video showing a car with an old plate beside one with the new plate. The old white plate was clear while the new one was blurry.

However, not everyone says they are struggling.

OPP Sgt. Kerry Schmidt, who on Tuesday morning was monitoring a slushy commute on Highway 401 in the Greater Toronto Area, said he's been able to read the new plates in daylight and the dead of night.

"They're something to get used to. I haven't had any problems," he told CBC News.

Schmidt noted the old models could also prove challenging to read sometimes when the blue lettering wore off the white background.

In an email to CBC Toronto, a government spokesperson wrote: "We have been made aware that some Ontarians are reporting concerns with readability to the naked eye under certain light conditions. We take this feedback seriously, value the input of Ontario drivers and law enforcement stakeholders and are currently looking into this." 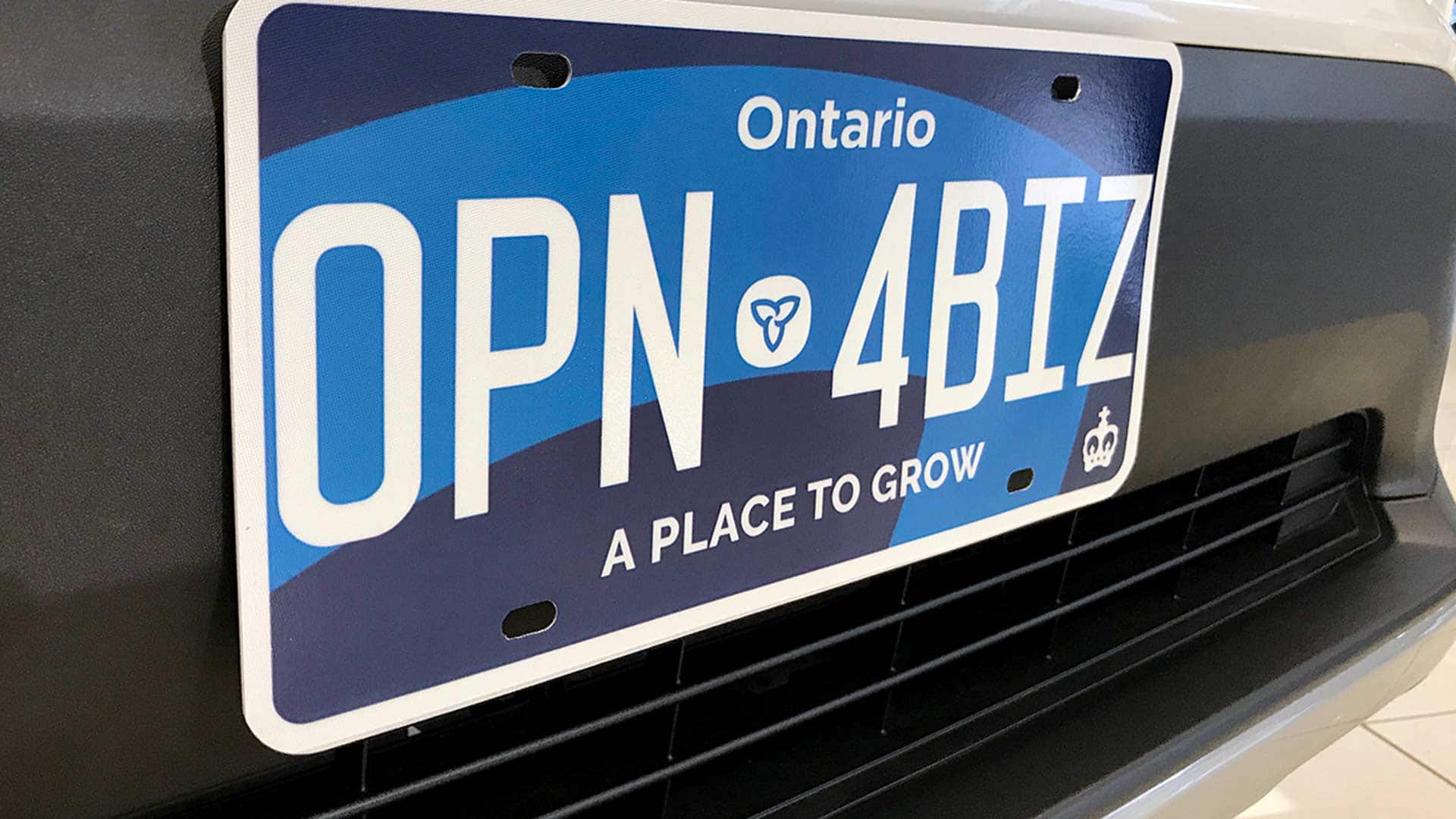 1 year ago
1:48
The Ontario government is fielding multiple complaints about the visibility of new licence plates — especially at night. 1:48

Under questioning from NDP MPP Jennifer French, Thompson said that the government is speaking with manufacturers and "getting to the bottom" of the complaints, but defended the province's new plates.

"These plates are working. People like them," she said, adding that technology used in the plates is also in use in other provinces like Saskatchewan, Manitoba, Nova Scotia, Quebec as well as 13 U.S. states.

"Sticking with the status quo Liberal plate that was peeling and flaking was not an option," she said.

"We absolutely have confidence in our plates." 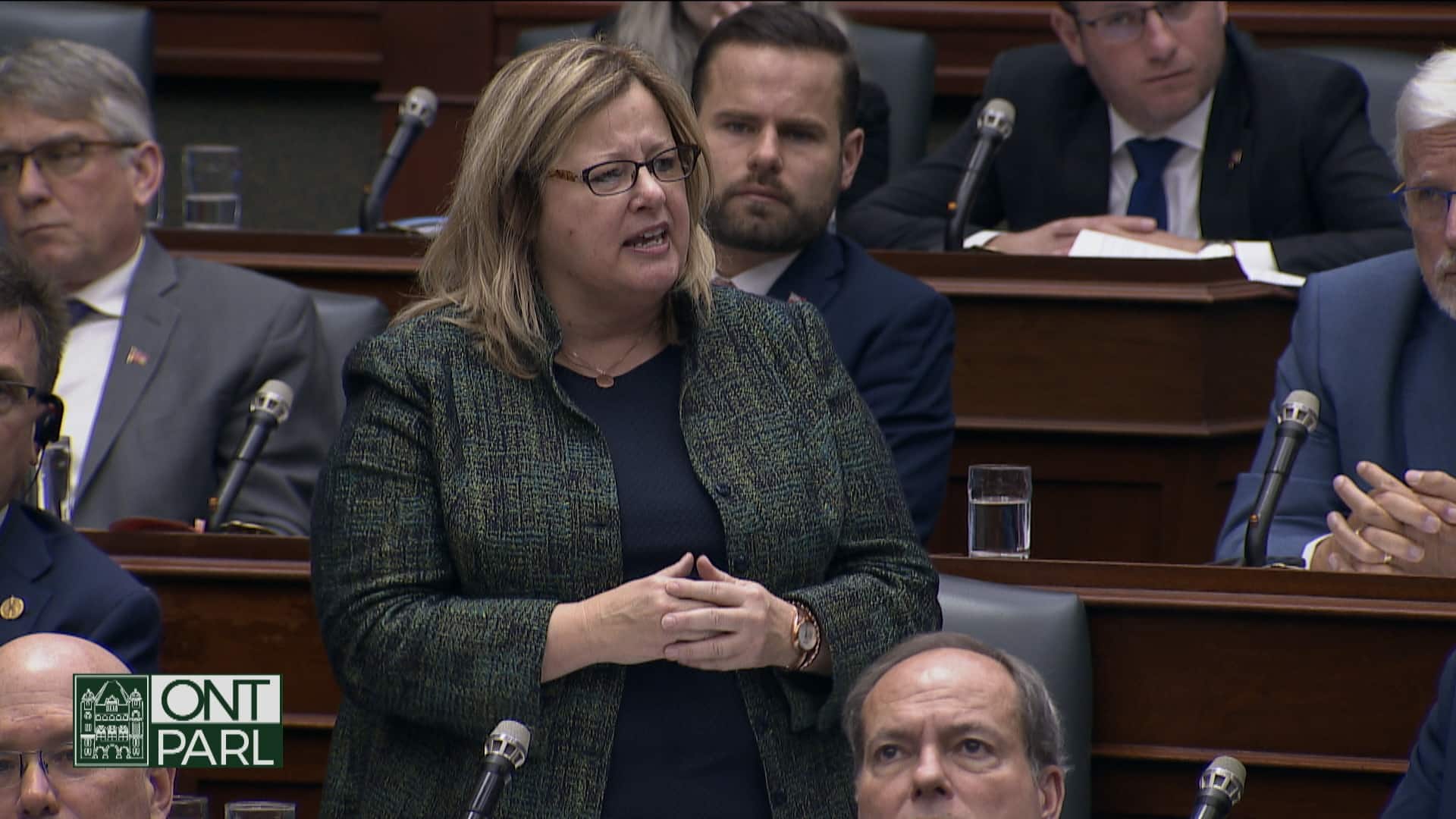 1 year ago
4:16
Thompson, minister of government and consumer services, takes questions from the NDP on the new plates. 4:16

In a video posted online, interim Liberal Leader John Fraser criticized the government, saying changing the plates "was a poorly thought out decision, done too quickly."

Before launching the new plates, the government said, it consulted with "key stakeholders, including our law enforcement partners, to test the readability, reflectivity and functionality of the new high-definition plates."

Brian Patterson, president of the Ontario Safety League, a traffic safety organization, says it should be a basic requirement that a plate can be read at night.

Patterson said in some cases, the blue plates can't even be read in daylight.

"You have to be fairly close to read them with precision," said Patterson. "If you're calling in an impaired driver you want to make sure you give the licence plate correctly… [this] multiplies the complexity of doing that and it may discourage people from reporting [drunk drivers] to police."

Toronto Police Services wouldn't comment on the new plates nor say if they were asked about the design.

Some people online labelled the plates "stealth mode" and asked whether they would enable drivers to use the southern Ontario toll Highway 407 free. But, it turns out, the highway cameras can read them during the day and at night.