The beleaguered Ontario Liberals have chosen Steven Del Duca to replace former premier Kathleen Wynne and lead the party as it rebuilds from a catastrophic election defeat two years ago.

The beleaguered Ontario Liberals have chosen Steven Del Duca to replace former premier Kathleen Wynne and lead the party as it rebuilds from a catastrophic election defeat two years ago.

The former cabinet minister won in a first ballot landslide with 58.5 per cent of the vote at a delegated convention in Mississauga, Ont., on Saturday.

In his victory speech, flanked by his wife and two daughters, Del Duca thanked his father and mother — both immigrants from Italy and Scotland, respectively — and all the Liberals in attendance.

"I look at this audience and I see those women and men who have worked so hard for our party and for the individual candidates, who have been so extraordinary," he said.

Throughout the year-long leadership campaign, Del Duca positioned himself as an experienced candidate with the work ethic and organizing capacity to position the Liberals to contend for government in the upcoming 2022 Ontario election.

He represented the Greater Toronto Area riding of Vaughan, and later Vaughan-Woodbridge, from 2012 to 2018 and served in several cabinet posts in Wynne's government. Del Duca lost the seat in 2018 to PC MPP Michael Tibollo. 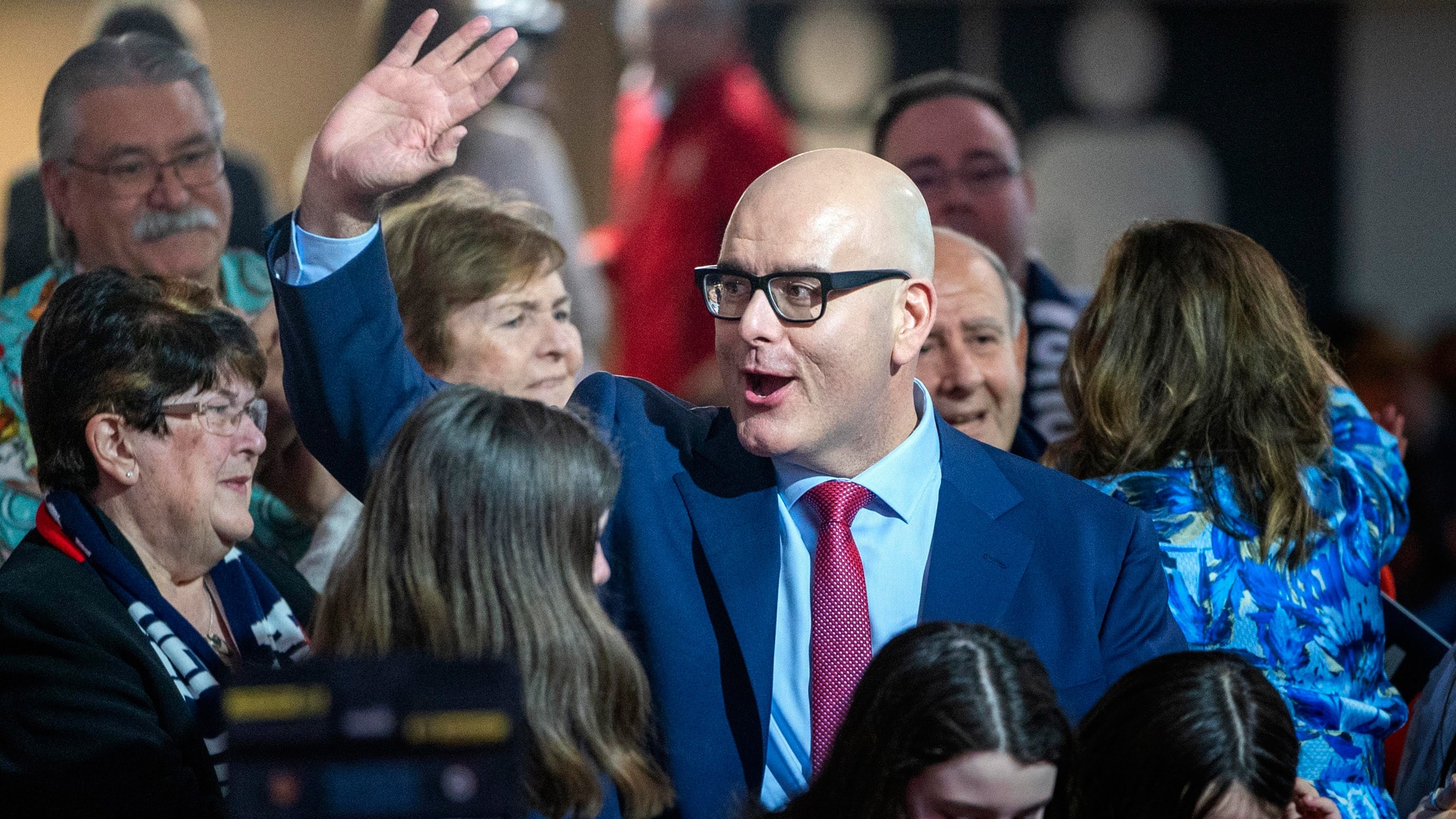 Within moments of the convention results, the PCs' official party Twitter account sent out a flurry of attacks on Del Duca, notably tying him to Wynne — a premier who ended her time in office with historically-low public approval ratings.

When asked about Ford's leadership, Del Duca said Ontario "deserves better than the recklessness and incompetence that we see at Queen's Park.

"We will work relentlessly until the last ballots are counted on June 2, 2022, to make sure that we defeat Doug Ford and get Ontario back on track," he told reporters.

"See you on the campaign trail," she concluded.

Del Duca now takes the wheel of Ontario's so-called "minivan party," named for the seven Liberals who remained in the legislature after the party's disastrous showing in the 2018 election. After 15 years in government, the Liberals lost 48 seats across the province and handed the PCs a firm majority. It was the party's worst-ever election defeat.

He faces the arduous task of leading the Liberals as they try to fight their way back to relevance at Queen's Park — and the challenges are legion.

The work begins in earnest on Monday, Del Duca said, but he does not intend to seek a seat in the legislature before 2022 except in the unlikely event a byelection is called in his riding.

"I don't believe we lost as badly as we did back in 2018 because we lost touch with Queen's Park," Del Duca said.

"I think that we have a lot of work to do with humility in order to regain the trust of the people of this province. So I want to remain focused on continuing to talk to Ontarians where they live and continuing to hear directly from them."

Del Duca said he wants to fight for public education and health care and against climate change. Key elements of his leadership pitch included bringing back incentives for electric vehicle buyers and deeply discounting public transit fares during off-peak hours across the province.

He also implied that Ford is a climate change denier.

"I think when you look at the evidence, and the decisions he has made, it's hard to come to any different conclusion," he said at the news conference.

No stranger to controversy

In the 26 months before the next election campaign begins, the Liberals will need to recruit new candidates and restore their network of volunteers in Ontario's 124 ridings.

Further, they will need to start bringing in financial contributions quickly. The party still has millions of dollars of debt from the last election and has not been holding fundraising events during interim leader Fraser's tenure. Its fundraising level over the last year was far surpassed by both the PCs and the Opposition NDP.

Del Duca also has to introduce himself to voters around the province. He carries some name recognition in the GTA, though not always for the reasons he would like.

While serving as transportation minister, Del Duca came under fire for allegedly pressuring Metrolinx — the provincial agency that operates GO Transit — to approve a new station in his riding.

In a 2018 report, Ontario's Auditor General found that he had "clearly influenced" the decision, despite earlier internal Metrolinx reviews that found the area did not have the population density to justify building the station.

Asked multiple times if he regretted any of his time as a Liberal MPP, a defiant Del Duca deflected, saying, "I believe leaders have to lead."

And last month, CBC News reported that Del Duca built a private pool on his property without the proper permit and too close to protected parkland. He said at the time he is working with the local conservation authority to rectify the issue.

"When you hear what he talked about today it was doubling down on the policies of Kathleen Wynne," said Progressive Conservative Government House Leader Paul Calandra, who attended the convention.

"He failed to acknowledge sort of the sins of his past and present and I think it's indicative of what can be in store with him at the helm of the Liberal party," he said.