Lawyers representing the family of Sammy Yatim say the prison sentence for the officer found guilty of attempted murder in the teen's shooting death is a sentence against "bad policing," not an indictment of all police officers.

Lawyers representing the family of Sammy Yatim say the prison sentence for the officer found guilty of attempted murder in the teen's shooting death is a sentence against "bad policing," not an indictment of all police officers.

On Thursday, Const. James Forcillo received a six-year sentence for shooting Yatim multiple times while he was alone, armed with a knife, aboard a TTC streetcar three years ago. Forcillo's legal team immediately launched an appeal of the officer's conviction, and Forcillo has been suspended without pay pending the appeal process.

Julian Falconer and Ed Upenieks, the Yatim family's lawyers, said outside court Thursday that it was a difficult day for everyone involved, including the Yatim and Forcillo families. But they were unequivocal in their criticism of the defence contention that Forcillo had been subjected to a "trial by YouTube" due to all the video evidence of the shooting that was presented in court.

"What the defence is really saying when they say 'trial by YouTube' is that their options are very limited when there's a picture of what happened," Falconer told reporters outside the University Avenue courthouse.

"I mean give that a thought. The biggest objection that the defence has is that there are photographs and videos of what the officer did. So I guess a fairer defence, or a fairer case, would involve no pictures and no proof. So I think you have to take that with a grain of salt."

Falconer said a conviction in a case like Forcillo's is "close to impossible" to obtain without video evidence. When the word of a police officer is pitted against the word of a member of the public, the officer typically gets the benefit of the doubt.

"There are many good police officers," Falconer said. 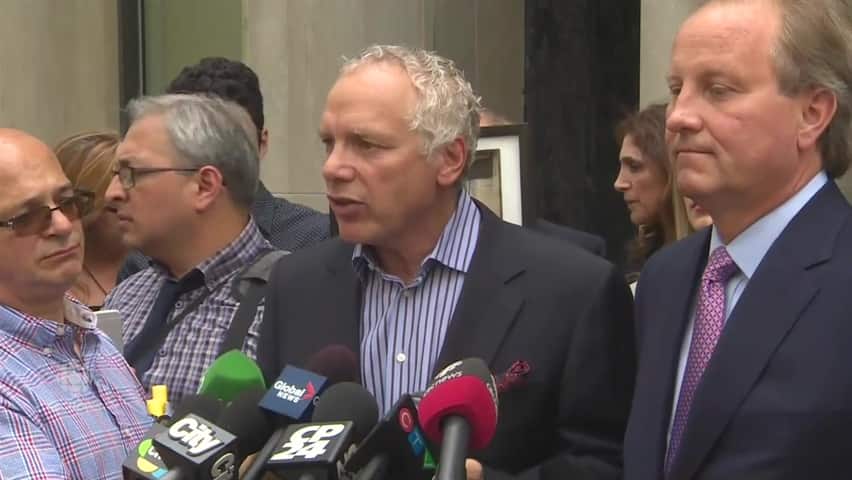 Before their lawyers spoke, Yatim's parents addressed the media, saying that Forcillo's sentence won't bring their son back.

"It's been a hellish journey for all of us," Yatim's mother, Sahar Bahadi, told reporters. "Today I hope it will start another journey of healing."

The sentence represents justice for her son, she said.

The teen's father, Bill Yatim, said he respects the justice system, but feels unprepared to endure an appeals process.

"It will be a very difficult time," he said. "This is the first leg of the journey." 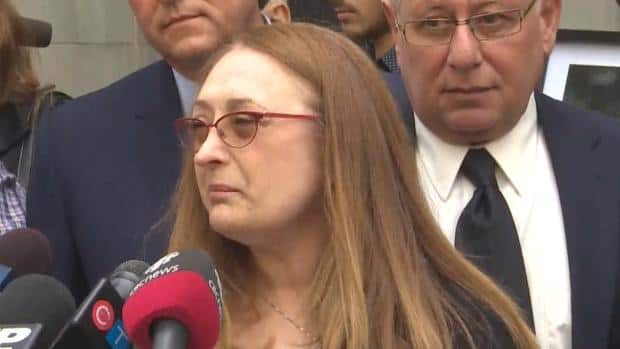 'Lives hang in the balance'

Falconer said it's too early to discuss whether the Yatim family will file a civil action in relation to their son's death.

What should happen soon, he said, is for the Toronto Police Service to adopt a recommendation from former SIU director Ian Scott that officers wear body cameras (a pilot project is underway), as well as the 84 recommendations from former justice Frank Iacobucci stemming from his probe into police use of force, which was spurred by the Yatim case.

He suggested that "a lack of political will" is behind the fact that the Toronto force has yet to adopt the recommendations, but suggested that public pressure could change that.

Upenieks said that the case has exposed "some of the frailties in our current system," and said the public and police must work together to create change.

"I think this unfortunate situation this tragedy will be pivotal in that regard," he told reporters.