There’s nothing sexy and there’s nothing pretty about running a marathon, Canadian Olympian Lanni Marchant says. So why are people always talking about her looks? 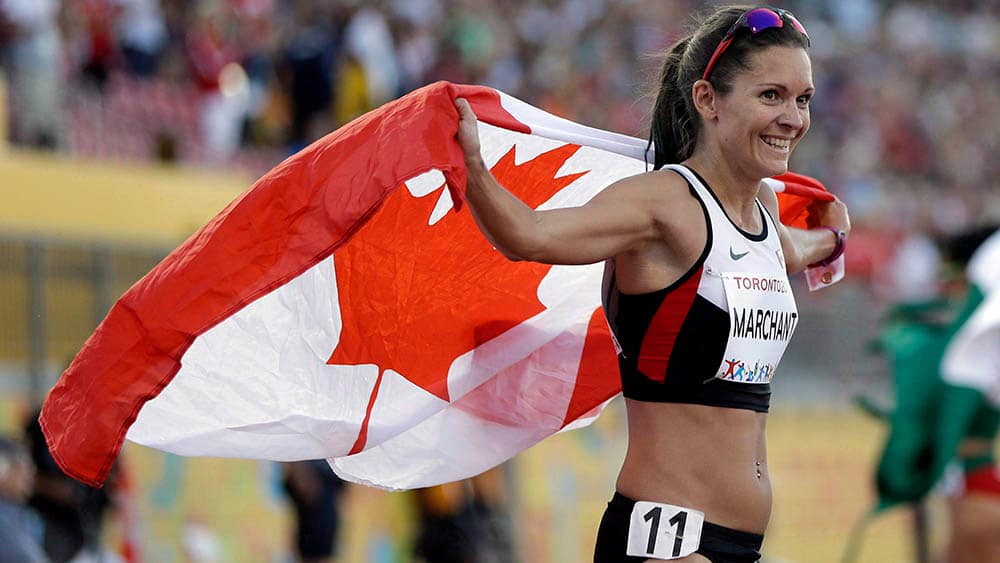 Lanni Marchant: 'What we do matters, not how we look doing it'

So why are people always talking about her looks?

Marchant has been speaking out against the double standard facing female athletes after a Canadian running magazine declined to publish a picture of her, deeming it "too sexy."

Similarly, Marchant said the "too sexy" problem happens in public, as well, where some people, even in the moments after a gruelling race, choose to comment on her looks rather than her finishing time (Marchant's record in the 42.2-kilometre race is a blistering two hours and 28 minutes).

On race day, Marchant focuses only on going fast.

"I'm not out here trying to look like anything but a runner," Marchant told CBC Toronto's Metro Morning.

But now, the elite runner, who is also a lawyer, is on a mission to change the way people talk about female athletes.

In October, she went to Ottawa to speak to the Canadian Women and Girls in Sport parliamentary committee alongside boxer Mandy Bujold, but it was what happened after her testimony that shocked her.

Her main message: "don't comment on my body, comment on my performance," was attacked by people complaining about her racing outfit — the sports bra and briefs favoured by almost all female distance runners — and magazine covers she'd done in the past.

"If people want to comment and diminish my performance because they think I'm hot or I'm sexy, they're allowed to do that," she said, with frustration.

Marchant didn't back down. Male athletes would never had to deal with that, Marchant said, and she set out to prove it.

She found an old iRun Magazine with canoe-kayaker Adam van Koeverden on the cover, topless, holding his running shoes. She recreated it and posted it on a blog post, titled "Half Naked & Almost Famous," that explores the issues she's up against.

"It's easier to set Canadian records than to take a stupid photograph," she writes in the post, which describes male magazine staff scuttling several images for fear they were too provocative, even one where she's wearing a collared shirt.

"Does my advocacy no longer mean as much if you think I'm sexy? If I'm sexy, does that make me a sell-out? Does a guy have to think these same thoughts or is his sexiness powerful and masculine?" the post continues.

"Women deserve — and I demand — the same latitudes."

Marchant said she realizes there will always be some discussion about how her body looks as it's also her equipment. Her hope is if people are going to comment, they're analyzing how muscular she looks in comparison to her rivals, not something else.

Above all, Marchant said she wants to be viewed as an athlete. In an ideal world, she said, gender would just be removed from the conversation as much as possible, letting the performance speak for itself.