A member of a Markham gym says long lineups at the facility are raising fears that some people are coming north to circumvent COVID-19 restrictions that have shut down gyms in Toronto.

A member of a Markham gym says long lineups at the facility are raising suspicions that some people are going there to circumvent restrictions in nearby COVID-19 hotspots.

Avo Pirjanian, who belongs to an LA Fitness, says he is concerned that the people in the lineup are coming from Toronto, where daily case counts of COVID-19 are considerably higher than they are in York Region and where, last week, the provincial government ordered gyms, among other destinations, to close for at least 28 days.

Pirjanian said he was able to walk into the LA Fitness location at 8555 Woodbine Ave. last week before the new restrictions were imposed in Toronto.

"Typically, you just walk right in as soon as it's open. Last few days, ever since the Toronto shutdown happened from Saturday, it's been lineups around the corner," Pirjanian said.

"To have people from other locations that are high risk to COVID obviously and come to a place like a gym, where you have sweat and easy risk of it being transferred from one person to another, it's a risk to my family."

CBC News obtained video of long lineups shot early one morning in front of the the Markham LA Fitness location.

Pirjanian said it's frustrating and it's concerning for members who use the location regularly. He added he has family members considered at high risk of getting seriously ill if they were to become infected with COVID-19, and has been careful himself and followed public health guidelines.

In an email to CBC Toronto on Wednesday, LA Fitness said it doesn't want members from Toronto, or other areas with a high number of COVID-19 cases, to go to other regions where its gyms are still open.

"We don't support or encourage members from Higher Transmission Areas where our clubs have been closed to use our clubs that are open in other areas," the company said.

LA Fitness said it will send a "clarifying email" to members in these areas and post the message at its clubs that are still open.

"Following the recommendations of the Ontario Government to limit travel for essential purposes only, we are requesting that members who live in the Higher Transmission Areas do not come into other regions to visit our clubs," the email reads.

Members in Toronto, Peel Region and Ottawa will not be billed while the gyms are closed in those areas and their memberships are inactive, LA Fitness said.

People who have moved from these areas may update their home addresses to activate their memberships and continue using open clubs in their regions, the company added. Otherwise, the memberships will continue to be frozen.

"To be clear, if you reside in a "hot spot" region, we must ask that you not travel to visit LA Fitness clubs in regions outside your own during the temporary closure. Let's all work together to promote health and safety during this public health crisis."

Members able to get around 'very easy loophole'

A manager at the Markham location who didn't provide his name, however, said there is no enforcement in place to stop members from Toronto coming to the facility to work out.

When the province tightened restrictions, LA Fitness members had their memberships frozen. But to unfreeze their memberships, they simply have their tags scanned in a club that is available to them, the manager told CBC Toronto.

"It's a very easy loophole to get around for these members," the manager said.

WATCH | CBC Toronto reports on concerns about the use of gyms by people from COVID-19 hotspots: 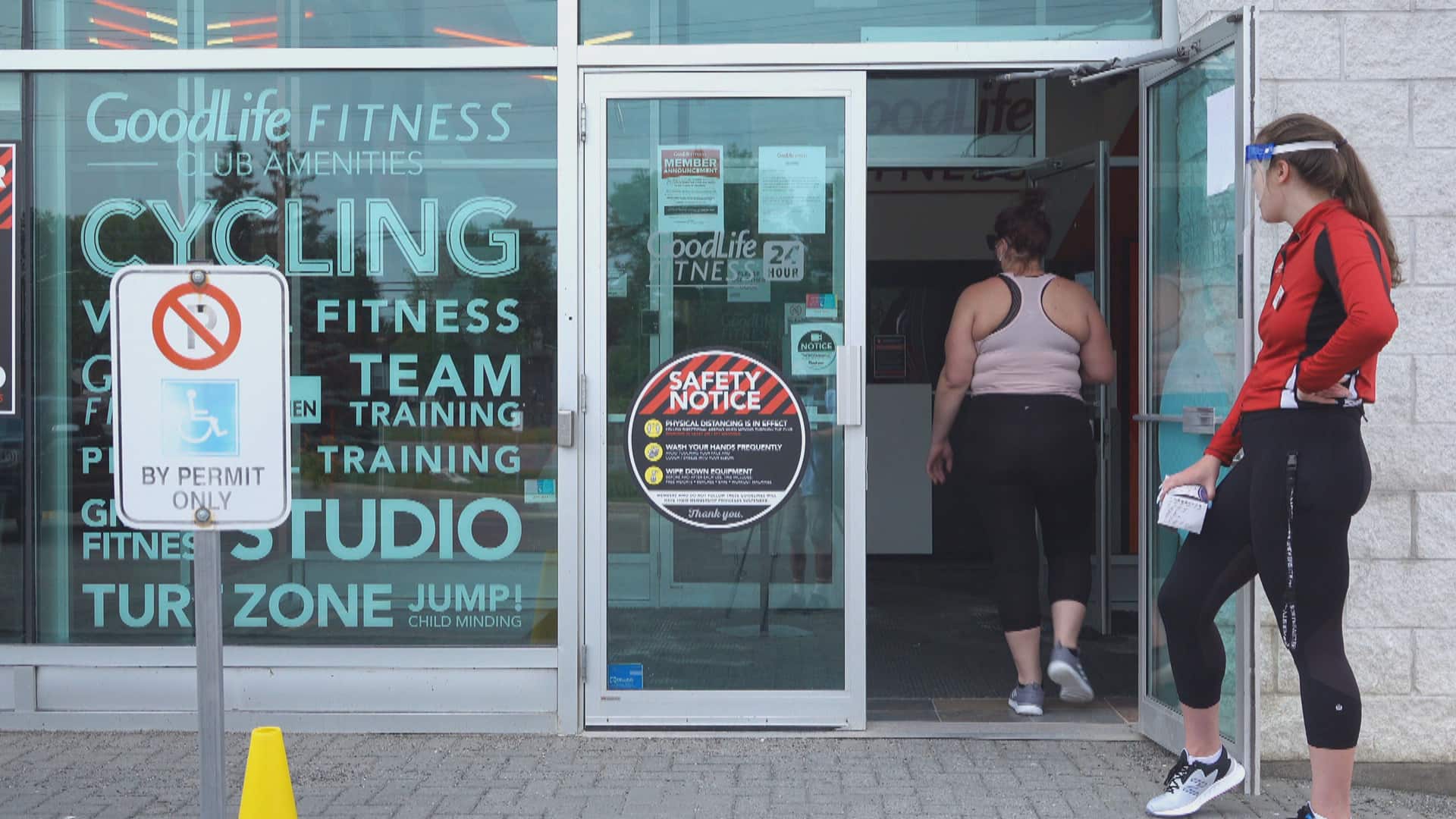 2 months agoVideo
2:28
Just days after gyms in Toronto and Peel Region were ordered closed due to surging COVID-19 infections, there's growing concern in some parts of the GTA that people are travelling outside of areas with restrictions to places where fitness centres are still open. CBC Toronto's Chris Glover reports. 2:28

Other franchise gyms in Markham, including GoodLife Fitness, are not allowing members from Toronto to use the facilities.

Ryan Salvador, studio manager at Markham's Orangetheory Fitness, said the gym is blocking people from out of town from booking.

"We actually catch these people ahead of time," Salvador said. "The main thing is that we do our part in terms of flattening the curve and keeping everyone safe."