An Ontario mother struggling to pay her hydro bill took Prime Minister Justin Trudeau to task in an impassioned plea that captured the plight of many Ontarians overwhelmed by high electricity rates. 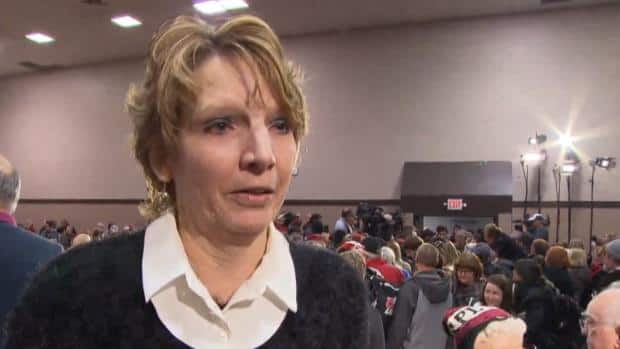 An Ontario mother struggling to pay her hydro bill took Prime Minister Justin Trudeau to task in an impassioned plea that captured the plight of many Ontarians overwhelmed by high electricity rates.

In a question-and-answer session in Peterborough, Ont., Kathy Katula said she works 15-hour days and is a single mother to four and grandmother to three in rural Buckhorn, Ont. Trudeau is in the midst of a cross-country tour.

"Something's wrong now, Mr. Trudeau. My heat and hydro now cost me more than my mortgage," she said. "I now not only work 75 hours a week, I stay and work 15 hours a day just so I don't lose my home."

Holding her hydro bill, Katula challenged Trudeau on carbon pricing and said her hydro bill is upwards of $1,000 as people in the crowd shouted "shame."

She said at one point in the summer, she went without electricity for five days, despite paying a $680 bill.

"I called and I begged our hydro company. They wouldn't do nothing. Five days, I lived in that heat."

She continued to press Trudeau in the emotional exchange.

"How do you justify to a mother of four children, three grandchildren, physical disabilities and working up to 15 hours a day; how is it justified for you to ask me to pay a carbon tax when I only have a $65 left of my paycheque every two weeks to feed my family?"

Trudeau said he acknowledged her concern while defending his government's policy on climate change and clarifying that hydro bills fall under provincial jurisdiction.

"We're facing a challenge where we have to change behaviours. It is important that those changes happen in a way that doesn't penalize our most vulnerable; that doesn't make it more difficult for families who are already stretched thin to succeed."

The prime minister noted that carbon pricing revenues would stay with provincial governments to be used at their discretion, adding that the national carbon pricing requirement does not take effect until 2019.

"We are a country, in which anyone with a quarter of your strength, of your drive, should be thriving and focused on how are you going to spoil your grandchildren with all your energy as opposed to how are you going to get through the week or the day," Trudeau told Katula.