John Tory says drivers 'getting the message' from tag and tow

Mayor John Tory believes the so-called tag and tow approach is helping clear the streets during rush hour, or it at least that is what he is hearing from his fellow Torontonians.

1,200 Toronto vehicles towed in past month 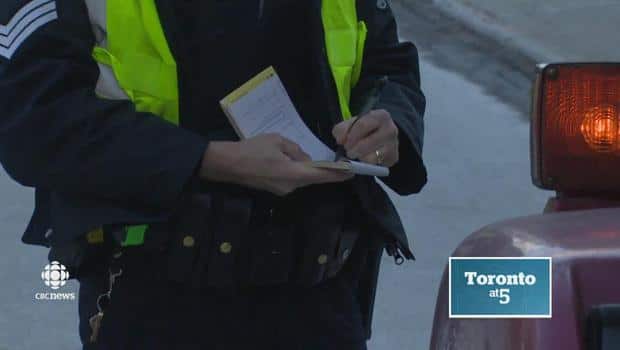 A month of 'tag and tow'

Mayor John Tory believes the so-called tag and tow approach is helping clear the streets during rush hour, or it at least that is what he is hearing from his fellow Torontonians.

The mayor said the goal is for drivers to change their behaviour.

"My hope, of course, is that the numbers of cars getting towed away will diminish each week as we go along, simply because people are getting the message and my sense is that they are," he said.

More than 7,500 parking tickets have been issued since the tagging and towing began last month. More than 1,200 vehicles have been towed.

The approach was one that Tory had touted as a mayoral candidate, a method he believes will help alleviate congestion during rush hour.

Out on the street on Tuesday, a pair of parking enforcement officers told CBC News that they believed more drivers were following the rules, as Tory had suggested to reporters.

Not all drivers are convinced that it's an immediate success.

Rohit Sardana held up a ticket to a CBC News reporter that he got in Yorkville.

He told CBC News that he thinks it's good to see parking enforcement taking place, though he doesn't like getting a ticket. Asked what he thinks about the tag-and-tow policy, Sardana said "we'll see how it works out."

Another driver, Kian Boostani, told CBC News that he's received "five or six" tickets in the past month alone.

He thinks police are being too strict and that the tickets are too much for drivers to have to pay.

"At least bring the fines a little bit lower," he said.

With files from the CBC's Makda Ghebreslassie