Mayor John Tory is vowing to hold property taxes at, or below, the rate of inflation if he’s re-elected this fall.

Mayor campaigned on the same promise during the 2014 race

Mayor John Tory is vowing to hold property taxes at, or below, the rate of inflation if he's re-elected this fall.

Tory made the announcement at a Wednesday morning news conference behind a podium bearing the slogan "lower taxes."

Tory made the same campaign promise during his last election campaign in 2014, and managed to keep it during his first four years in office, but until now hadn't said whether he would do the same in the coming years.

Tory's administration has, however, introduced a 0.5 per cent city building fund to the property tax bill, and there is also a tax to pay for the controversial Scarborough subway extension.

However, the reluctance to raise taxes for homeowners has drawn criticism from a number of councillors, who warn the city is relying too heavily on the municipal land transfer tax — charged when a property changes hands — to balance its books.

Jennifer Keesmaat, the city's former chief planner who has emerged as Tory's top rival in the mayoral race, has yet to say what new taxes, if any, she would support. 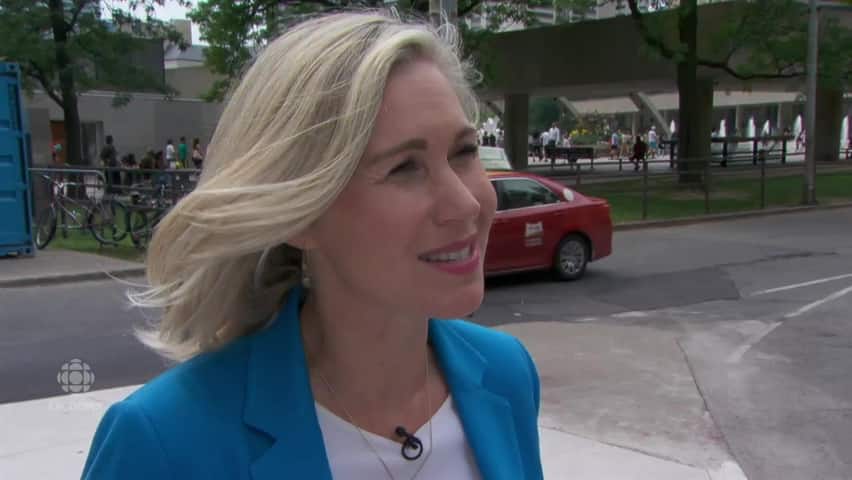 In March, a long-term financial plan written by former city manager Peter Wallace warned the city will need to find a way to bring in more money if it wants to adopt a broader, city-building agenda.

Tory denied a major property tax hike would be necessary to pay for things like transit expansion, saying that's "just not on."