Toronto Mayor John Tory has revealed his preference for the eastern part of the Gardiner Expressway, telling reporters Tuesday that it shouldn’t be torn down or maintained as is. 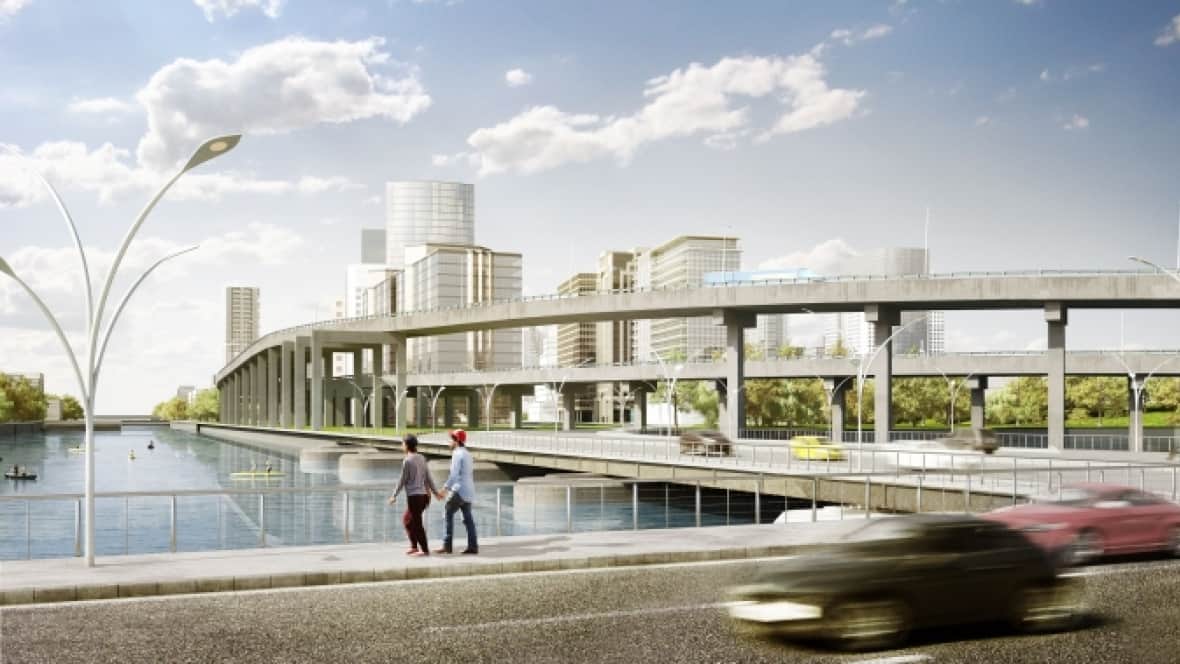 6 years agoVideo
8:39
Toronto's mayor explains his support for the hybrid option for the Gardiner reconstruction in east Toronto 8:39

Toronto Mayor John Tory has revealed his preference for the eastern part of the Gardiner Expressway, telling reporters Tuesday that it shouldn't be torn down or maintained as is.

As Tory said during the election campaign, he likes the so-called hybrid option — one that he believes his fellow councillors will back once they have a chance to review all the facts and debate the Gardiner's future.

"I am confident that once that happens...it will become clear that the hybrid option is the best choice, the best way forward, the best way to keep our city and our economy moving, the best way to unlock the potential of this city and the value that we have in the emerging areas and the best way to ensure our place among the great cities of the world," he said.

As the mayor summarized, the hybrid option would see part of the Gardiner removed, with the highway being rerouted between Jarvis Street and the Don Valley Parkway.

Tory sees potential in the land underneath the highway, pointing to developments that have occurred in other major cities below elevated highways.

"The fact is, there are elevated expressways in great cities in the world — New York, Amsterdam, Tokyo," said Tory. "What they've managed to do there and in cities like Rio de Janeiro, Shanghai [and] Glasgow, is make use of the space underneath those expressways, transform it from dead space to a vibrant space of the urban fabric."