Conservative Finance Minister Joe Oliver has lost the Eglinton—Lawrence riding he has held since 2008, conceding the seat to the Liberals Monday night.

Oliver won the seat in 2008, but it had been a Liberal stronghold for 29 years previously 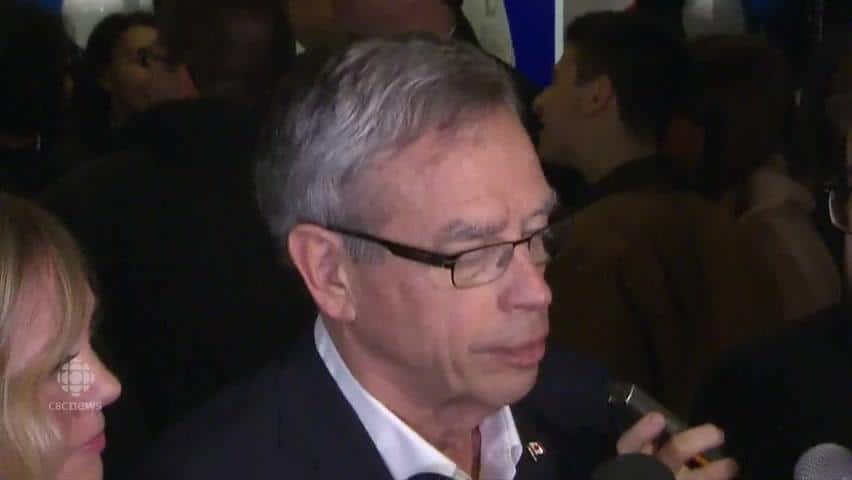 Conservative Finance Minister Joe Oliver has lost the Eglinton—Lawrence riding he has held since 2011, conceding the seat to the Liberals on Monday night, as Justin Trudeau's party swept Toronto as part of its historic majority win.

Marco Mendicino returned the former Liberal stronghold back to the fold. With 175 of 207 ridings reporting, Mendicino had about 49 per cent of the vote compared to Oliver's 41 per cent.

The Liberals won 48 seats across the GTA, including all 25 ridings in Toronto.

In a concession speech late Monday night, Oliver called it "an enormous privilege" to have served both as minister of finance and natural resources.

"He gave me a unique opportunity to serve my country," Oliver said of Conservative Leader Stephen Harper. Oliver took over as finance minister following the death of Jim Flaherty.

Eglinton—Lawrence had been held by the Grits for 29 years before Oliver's win, when the Conservatives won their majority four years ago.

In his victory speech, Mendicino commended Oliver for his work as a minister.

In an interview with the CBC's Neil Herland following his victory speech, Mendicino said it was no easy feat to bring down the finance minister.

"There's nothing easy about winning a federal seat, to become a member of Parliament, and especially not when you're up against an incumbent and especially when that incumbent is the sitting minister of finance," Mendicino said. "But I'm just so incredibly touched by the outpouring of support."

Oliver is only the third sitting finance minister to lose his seat since the Second World War.