The inconsistencies and lies of the three complainants in the sexual assault trial of Jian Ghomeshi must lead to an acquittal of the former CBC Radio host, his defence team argued in court today. But the Crown suggested that the "unshaken" allegations of the women show guilt. 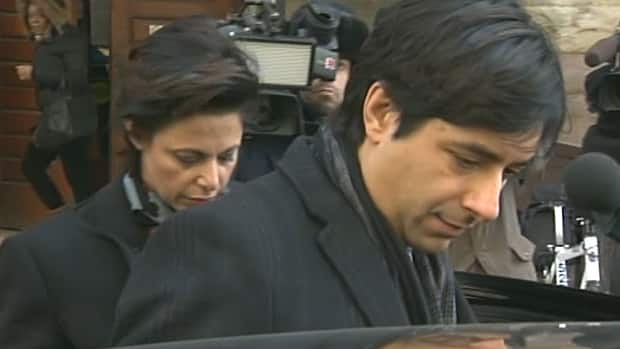 5 years ago
3:55
Crown argues complainants were 'unshaken' in their allegations against former CBC Radio host 3:55

The inconsistencies and lies of the three complainants in the sexual assault trial of Jian Ghomeshi must lead to an acquittal of the former CBC Radio host, his defence team argued in court today. But the Crown suggested that the "unshaken" allegations of the women show guilt.

​"You've heard the evidence in this case," Ghomeshi's lawyer Marie Henein said in her closing argument. "And for reasons that we have submitted to you, it is our submission that the evidence in the courtroom falls so far short of proving anything beyond a reasonable doubt, it is so riddled with inconsistencies and improbabilities and proven lies under oath that it cannot be said to prove anything.

"It's our respectful submission that Mr. Ghomeshi is not guilty and that he's entitled to an acquittal on all counts."

Ghomeshi, 48, who lives in Toronto, has pleaded not guilty to four counts of sexual assault and one count of overcoming resistance by choking, all related to alleged assaults from 2002 to 2003. The identities of two of the complainants in the case are protected under a publication ban, but actress Lucy DeCoutere, also an air force captain, went to court to lift the ban on her name.

The first woman to testify told court that Ghomeshi had pulled her hair and punched her in the head at his home after a dinner date. DeCoutere said the former Q host had choked and slapped her at his home. The third woman said Ghomeshi had squeezed her neck and covered her mouth while they were kissing on a park bench.

But it was later revealed in court that each woman had had contact with Ghomeshi following the alleged assaults and that details of this contact had not been provided to police or the Crown in their initial statements.

In his final argument, Crown attorney Michael Callaghan said Horkins had heard evidence that may have caused him to have concerns about the reliability and credibility of some of the witnesses.

But Callaghan said that's not the end of the analysis. He argued that the witnesses had provided explanations for some of of the inconsistencies, delayed disclosures or omissions in their evidence.

"Not withstanding vigorous cross-examination, all three of the Crown's witnesses were unshaken in their allegations that they were sexually assaulted by Mr. Ghomeshi.

"The evidence on these key points, the very offences being alleged, was steadfast."

But Henein dismissed the significance of their "unshaken" testimony, saying it is of no assistance to the judge.

"Unless the witness gets up and recants on the stand and says, 'You know, when I said it, that's simply not true.' Well maybe that happens on TV but in 24 years practising in these courts, that is a rare event."

Instead, in determining  the credibility and reliability of the witnesses, Henein argued that all three women had withheld information from the police, Crown and the court about their ongoing communications with Ghomeshi. She said it was "deeply troubling" that these details were disclosed at "the 11th hour" before trial and only when there was concern the women would be contradicted by objective evidence.

The first witness had told police and the court she had no subsequent contact with Ghomeshi after two alleged attacks but later acknowledged she sent him two emails and a picture of her in a bikini more than a year later. The woman said she sent the emails to bait him into calling her to explain his actions.

DeCoutere had told the court that she had no romantic interest in Ghomeshi after her alleged assault, and would only see him at industry functions.

But it was later revealed in court that hours after the alleged sexual assault, she had sent him an email saying she wanted to have sex with him, and sent him a handwritten letter days later saying she was sad they didn't spend the night together.

'Not worthy of belief'

The third woman, who told police she would only feel safe being out with Ghomeshi in public after her alleged assault, failed to disclose that days later she had a consensual sexual encounter with him.

As for their explanations about their contact with Ghomeshi following the alleged assaults, Henein said "they are not worthy of belief."

Henein insisted that the issue wasn't that they continued to have contact with Ghomeshi, but that they lied about it.

Co-counsel Danielle Robitaille went through the testimony of each of the three complainants, pointing out inconsistencies in details about the alleged assault themselves, and the contact they had with Ghomeshi after.

The first woman, she said, changed details about whether or not she had hair extensions, or her head was slammed against the car widow, or whether she was pushed or had her hair pulled to the ground before the alleged assault in his home.

Those inconsistencies, she said, go the question of whether the Crown had proved beyond reasonable doubt that the incident happened, or whether there was an absence of consent.

For DeCoutere, Robitaille raised the email sent by DeCoutere hours after the alleged assault saying she wanted to 'f--k' his brains out, an email 13 days later in which she said he was "magic" and her handwritten letter six days later saying she wished she could have spent the night. Robitaille argued all go to the issue of whether the Crown has proven there was no consent beyond a reasonable doubt.

As for the third witness, Robitaille said the chronology of her disclosure to police about her sexual encounter with Ghomeshi after the alleged assault should "weigh very heavily in your Honour's assessment of this witness's credibility and reliability."