Allen, who was born and raised in Montreal but spent a few years in Toronto studying Radio and Television Arts at Ryerson University, says her move to this city a few weeks ago was anything but smooth.

Allen described it as the "move from hell, or an adventure" to Metro Morning host Matt Galloway Friday. 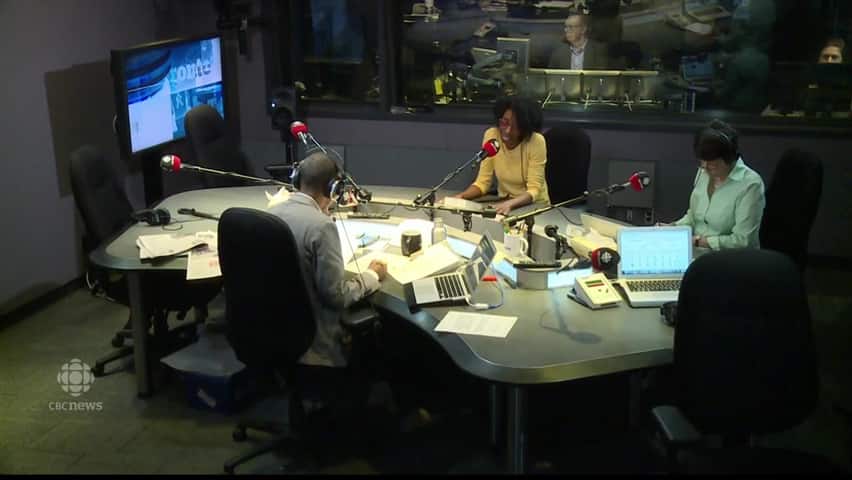 "I drove to Toronto with my mother on the Tuesday to prepare for the moving truck and when we arrived and walked into my new apartment, it was filthy," Allen said.

But it got worse.

"I was told after arriving in Toronto that the truck driver of the moving company had disappeared, abandoned the truck and he was missing," Allen said.

Luckily, her belongings were still on the truck, but the situation turned into a police investigation.

"The truck became a crime scene and nothing could be removed from the truck," Allen explained.

Eventually, the investigation led police to the truck driver's home.

"The police came to the door. He answered the door, handed them the keys and said, 'I quit.' That's how they found him," Allen said.

After eight days, she was finally reunited with her belongings and found a new apartment in Leaside.

Allen brought her dog and cat from Montreal and says they are settling in quite well, but now she wants to discover Toronto.

"Suggestions on where to go, where to eat, things to visit, I'm now arriving at this great time that soon it will be summer and I can be out and about exploring new things," she said.

Where should she go to fall in love with Toronto?

"It's been a long time since I've lived here," said Allen, who was in the same Ryerson graduating class as our own CBC Toronto anchor Dwight Drummond.

"So much has changed and I'd just love people's suggestions of what they love about Toronto."

So, this is our pitch to you, Torontonians: Where should Jennifer go to fall in love with our city?

Jennifer will check out your recommendations and she'll report back as she explores and makes this city her new home.