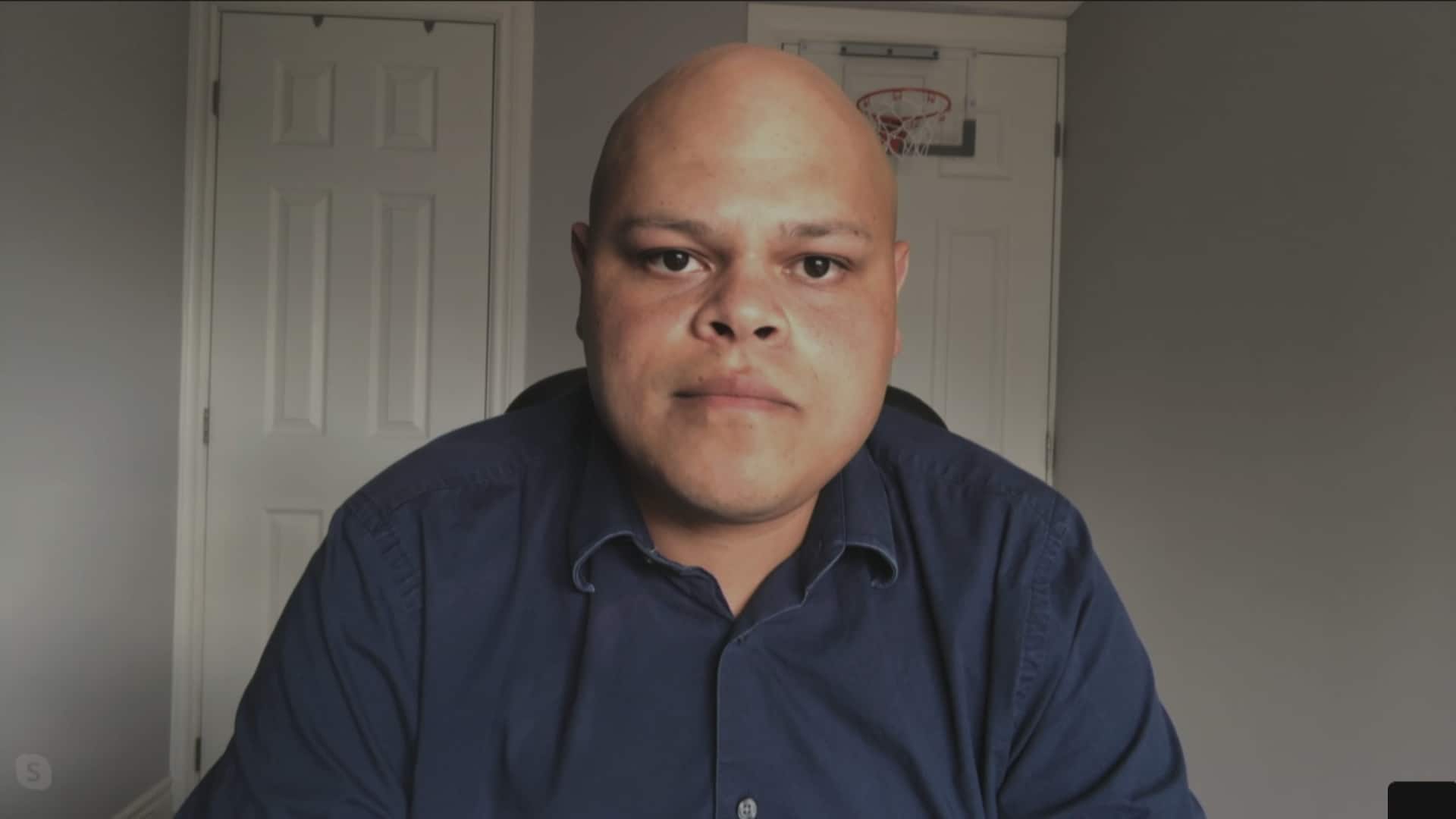 An adviser to the Ontario government on outreach to at-risk communities is responding to a wave of online criticism for his tweet blaming heightened gun violence on "young gangsters" starting online "drama."

Jamil Jivani, the Ford government-appointed "advocate for community opportunities," made the comments after a violent weekend of shootings in Toronto. Jivani also disparaged calls to defund the police.

"One reason gun violence is up again: during COVID a lot of young gangsters were talking trash on Instagram and YouTube, making videos about rivals, starting e-drama," Jivani said on Twitter Sunday.

"Now the conflicts are boiling over [and people] are dying," he said. "While out of touch Twitter activists talk about defunding police."

Jivani spoke with CBC Toronto's Dwight Drummond Monday to defend the comments, which were met with a backlash on social media.

After weeks of outcry over policing, "there seemed to be hope that meaningful change could take place," she said.

"That can't happen when legitimate calls for reform are publicly ridiculed by [government] officials."

Julius Haag, sociology professor at the University of Toronto, called the comment "shameful."

"There's no clear evidence that conflicts on social media are a widespread vector for real-world violence," Haag said in a tweet.

"Describing marginalized and criminalized young people as 'young gangsters' is both callous and dangerous."

A wholly counterproductive and harmful statement. There’s no clear evidence that conflicts on social media are a widespread vector for real-world violence. Also, describing marginalized and criminalized young people as ‘young gangsters’ is both callous and dangerous. Shameful. <a href="https://t.co/zZJTptdY5N">https://t.co/zZJTptdY5N</a>

Calls to defund police are 'out of touch,' Jivani says

Jivani advises the government on "combating issues such as guns and gangs, human trafficking and racism, and making real and tangible progress to improve outcomes in areas such as: education, community services, income support, and access to housing."

He told Drummond his comments were driven by "heartbreak" after seeing so many young men being killed.

In recent weeks, there have been heightened calls to take money out of police budgets and reallocate funds to community services. Jivani, however, said recent calls to defund police are "out of touch."

"So much attention has been paid to this movement trying to discredit the police and defund the police, but the reality is, when you talk to people in the community ... there's a clear need for good law enforcement," Jivani said.

Social media plays a role, but suggesting that gun violence surged because of online activity during COVID-19 is "not being honest," said Louis March, founder of the Zero Gun Violence Movement. He said homicides were already up before the COVID-19 lockdown, and the violence continues as more money is put into policing.

"For this type of comment to come out from an adviser representing our community, it creates more damage than anything else," March told CBC News.

wait, the "gangsters" are more violent now because COVID forced them onto instagram? jamil, this the nonsense the government is paying you to tweet? <br><br>the #1 reason for suffering in our communities is poverty, which policing compounds. stop criminalizing black people <a href="https://t.co/qiN8Eb2Y4s">https://t.co/qiN8Eb2Y4s</a>

"The #1 reason for suffering in our communities is poverty, which policing compounds. Stop criminalizing Black people," tweeted Toronto author and activist Desmond Cole.

'I felt like I needed to just say something'

There are "a lot of reforms that need to be done," Jivani told CBC Toronto, "but the idea that police are not critical to having a stable, safe environment for kids to grow up in, it's so out of touch. I felt like I needed to just say something."

Jivani spoke alongside Ford last week, when the province formally announced it was ending the high school streaming system as part of a plan to address racism and inequity. Ford has also said he does not believe in defunding police.

Jivani told Drummond there needs to be a "real plan" to address violence.

"The truth is that there's a violent subculture in our community that a multi-billion dollar hip hop industry supports," he said.

"In Toronto's hip hop community, nine rappers have been killed in the last year. I don't see people marching in the street about that. I don't see a lot of these Twitter activists getting riled up and getting passionate about that. I'm the compassionate one in this conversation."

Adam Vaughan, MP for Spadina-Fort York, says responding with more policing is "missing the opportunity to stop the problem where it starts." Problems of violence are rooted in social inequity, Vaughan said.

Causes of gun violence according to <a href="https://twitter.com/jamiljivani?ref_src=twsrc%5Etfw">@jamiljivani</a>:<br><br>Instagram, YouTube, and trash talking.<br><br>Not housing, education, or health.<br><br>Spot the difference? *Private* actions, not *public* obligations.<br><br>Not sure what communities he purports to be advocating for, but it ain’t Black ones. <a href="https://t.co/CBNmBaav9e">https://t.co/CBNmBaav9e</a>

"We can't just keep doing the same thing over and over again and expect different results," Vaughan told CBC News, adding there needs to be funding for social programs, education and housing.

Trying to take people away from discussions on defunding police doesn't do the province justice, March said. He referenced the Ford government's $25-million cut to funding for students with special needs and at-risk youth in 2018.

"If you're going to be a [government] adviser," March said, "bring something to the table."

Jivani said a small group of people on Twitter command a disproportionate amount of attention in the Black community, instead of "everyday people."

"The idea that it is the Black community position to be against the police, that is a falsehood," he said, referencing those pushing to get police officers out of schools.

"We have diversity in our community and I want to make sure that diversity gets heard."