Jagmeet Singh's accomplishments include Sikh of the Year, jiu-jitsu champion and Toronto Life magazine's Best Dressed award. Will he soon try adding leader of the federal NDP to his list?

Will he soon try adding leader of the federal NDP to his list?

Singh, 38, is a member of the Ontario Legislature, representing the Toronto suburb of Brampton. According to federal party activists, there's a groundswell of New Democrats urging him to jump into the race to replace Thomas Mulcair.

"It's something I'm really considering quite seriously," Singh said Wednesday in an interview with CBC News. 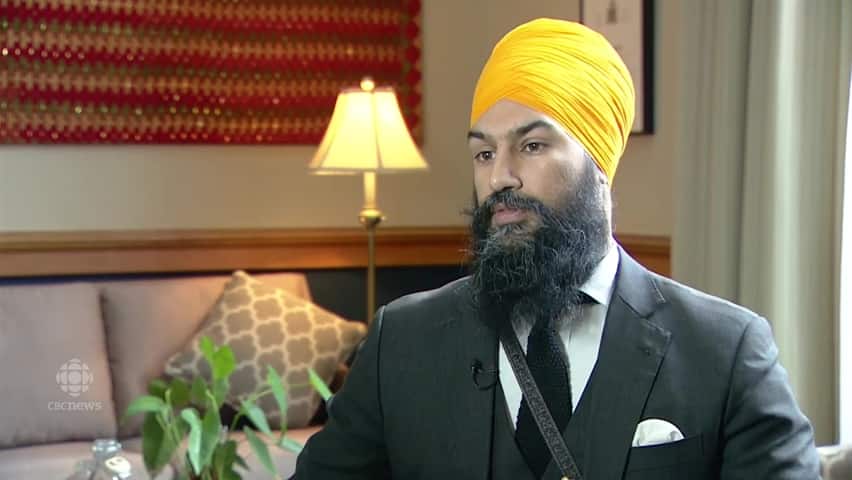 Party activists first floated Singh as a possible candidate shortly after the NDP leadership review pushed Mulcair out last April. Since then, Singh's public comments have shifted from being "open to" the idea of running, to giving it "serious consideration."

"Initially I thought it was just a bit of a fluke," Singh said. "But now I'm at the point where I'm listening to what folks are saying, I'm looking at what it would look like to run a national campaign, really mulling the idea around and thinking about it in a serious way."

So what's holding him back? Liberal Premier Kathleen Wynne's dismal poll numbers seem to be a factor.

"My dilemma is that provincially I think we have an extremely amazing opportunity as New Democrats to form a government," said Singh. "I really see a future for the party doing amazing things provincially and I'm excited by that, so that's part of the reason why I've been a bit hesitant."

Singh is a lawyer and speaks functional French (as well as Punjabi). His lack of a seat in Ottawa doesn't faze his supporters: they merely point out that a guy named Jack Layton was a Toronto city councillor when he won the NDP leadership in 2003.

Party sources say there's a team of experienced campaign organizers ready to work for Singh, should he decide to run.

Singh came within a few hundred votes of becoming an MP in his first political campaign, contesting Bramalea-Gore-Malton for the federal NDP in the 2011 election. He won the provincial seat a few months later, helping the Ontario New Democrats grab the balance of power in a Liberal minority government. He has served as the critic for justice and consumer services, and party leader Andrea Horwath named him her deputy in 2015. 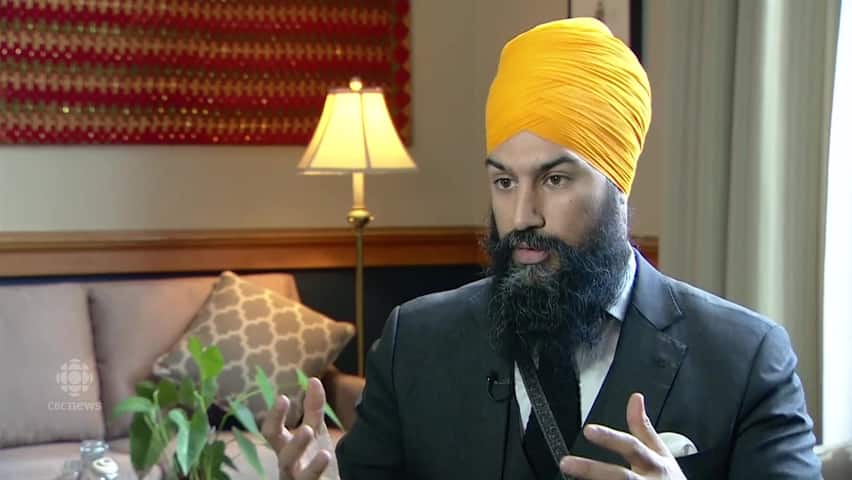 4 years agoVideo
1:05
Singh says his religion and upbringing has informed a big part of his political perspective 1:05

NDP member Liam Bedard helped start a "Draft Jagmeet" Facebook page before even meeting Singh, having learned of his work with anti-poverty groups.

"I discovered what a principled and articulate civil rights defender he's been," the Ottawa-based Bedard said in an interview Wednesday. "He's in a unique position to fight the rising tide of racism that is gripping western societies. He has the credibility to challenge rising income inequality."

He calls Singh a "living embodiment of Canadian multiculturalism" and admires him for his principles and values.

"The guy has both style and substance," Bedard said. "Destiny is knocking on his door."

In phone interviews with CBC News, several senior NDP officials spoke highly of Singh. They asked not to be identified by name because they don't want to be seen as endorsing a candidate.

"Jagmeet is a true progressive and represents a new generation of political activism in this country," said a senior NDP organizer. He praised Singh's sincerity and said he has "the ability to make people feel they're being listened to, and that what they're saying is important."

One longtime NDP backroomer said Singh has the "it factor" of politics. "People in the party outside Ontario have been eyeing him covetously," said the official, who asked not to be named. "He's a smart guy and a hard worker."

"He is definitely generating a lot of interest," said another top NDP activist.

Singh's backers believe he has potential to attract a new injection of members from communities that have not traditionally been NDP supporters, and could help make the party more competitive in the 905, the seat-rich suburbs surrounding Toronto.

In Canadian history, no major federal party has ever chosen a non-white leader.

Among the issues Singh has worked on at Queen's Park is the controversial police practice of carding — stopping people on the street and demanding identification. Singh, who said he's been carded 10 times, pushed for a ban. The government outlawed arbitrary street checks last year.

He also advocated for limits on fees to transfer money overseas and for a religious exemption for Sikhs from motorcycle helmet laws.

Singh gets attention for his style, most recently a profile and photo shoot in GQ. dubbing him "the Incredibly Well-Dressed Rising Star in Canadian Politics." He drives a BMW sports car on his commute from Brampton to Toronto and keeps a Dutch Gazelle bike in his office at the Legislature for getting around the downtown.

He was born in Scarborough, Ont. in 1979. His father was a trained psychiatrist in India who had to work as a security guard before he could practise in Canada. The family lived in St. John's, Nfld. while his father attended medical school, then Singh spent the bulk of his childhood in Windsor.

As a youngster, Singh took up martial arts to defend himself against racist bullying. He captained his high school wrestling team and won Toronto championships in Brazilian jiu-jitsu.

He got a law degree from Osgoode Hall in Toronto and practised as a criminal defence lawyer. His brother, Gurratan Singh, now runs their firm.

He was named "Sikh of the Year" in 2013 by the Social Educational Welfare Association, an Indian NGO.