Is there a 'Trump effect' with Syrian refugees in Canada?

As of Tuesday night, there are nearly 3,000 comments on a CBC Toronto article online detailing five Syrian refugees' first year in Canada. Some of those comments include: "Canada does not need more people" and "STOP LETTING THEM IN!" 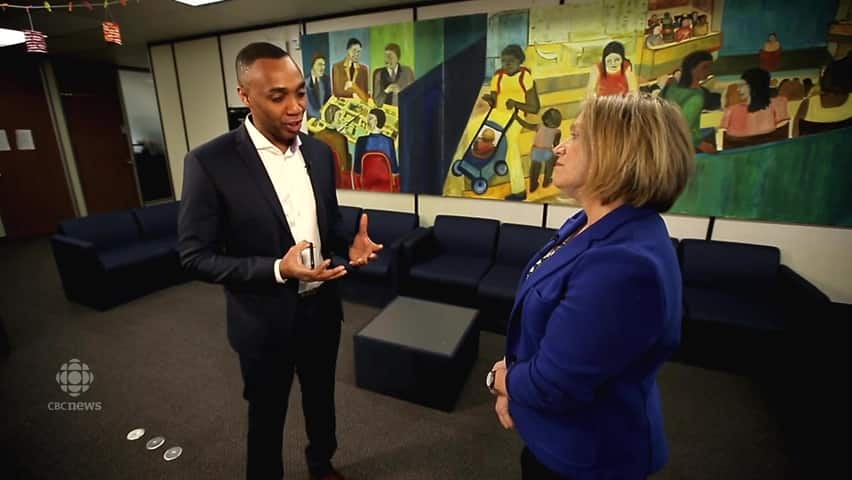 Is there a "Trump effect" with Syrian refugees?

4 years ago
3:55
CBC Toronto's Dwight Drummond speaks with University of Toronto professor Megan Boler about the negative response to an online article about Syrian refugees. 3:55

As of Tuesday night, there are nearly 3,000 comments on CBC Toronto's online article. Some of those comments include: "Canada does not need more people" and "STOP LETTING THEM IN!"

In the wake of last month's election in the United States, racist acts and threats have been reported across that country as well as in Canada. Trump's campaign has been blamed for fuelling racist rhetoric and xenophobia while attracting support of the so-called alt-right white nationalist movement.

Dwight Drummond spoke with Megan Boler, a social justice education professor at the University of Toronto's Ontario Institute for Studies in Education, about those reactions — whether the so-called "Trump effect" is playing a part.

DWIGHT DRUMMOND: The majority of the comments - the running theme through the narrative after this story online — were comments like ["Canada does not need more people" and "STOP LETTING THEM IN!"].

MEGAN BOLER: These kinds of comments are generally both actual people posting as well as folks who are perhaps in the business and are being paid to do this, as well as the internet being a very significant space for organizing and catalyzing this kind of fear, this kind of anger, and really beginning to bring together the possibilities of an organized movement.

DWIGHT DRUMMOND: Do you see any legitimacy in these arguments?

MEGAN BOLER: What I think is very important is to recognize the emotional experience and the crisis that is going on for some people in terms of their identity, in terms of their employment, in terms of the actualities of what it means to live in poverty. Those are very difficult conditions. So to the extent that that is a very real factor here in Canada and in places of high unemployment, yes: we need to attend to that.

DWIGHT DRUMMOND: These things have happened before in bad economic times, when we've had a recession. Is that one of the underlying themes here, or are you seeing something else in your studies and your research?

MEGAN BOLER: I think there's multiple factors that go into why we would see a moment that, in the U.S., some are likening to the beginning of an era of authoritarianism or fascism, a kind of white supremacy, white nationalism. I think the severity and the serious crisis that we're witnessing in the U.S. may appear to us in Canada like, "Oh, that could happen there, and it would never happen here in Canada." I'm actually of the strong opinion based on my research that this is an opportunity for Canadians to think carefully about how they might want to protect a pluralist democracy. We, arguably, will no longer have that south of the border.

When there is poverty, people look for something to blame.- Megan Boler

Who is going to uphold these standards of a country that is based on the notion of immigrants coming, of embracing immigrants, of that being part of the richness and fabric of this country, of a country with many, many resources? And the need for, "Why would there be a turning toward a white nationalism? Why is there this backlash?" Yes, of course, we are seeing employment at all-time lows — all-time low in Alberta, worst in 22 years, so that's an issue. When there is poverty, people look for something to blame. Interestingly, they often don't look at the actual roots of that, such as trade agreements that take jobs away, etc.

MEGAN BOLER: Oil prices — all of these factors. Instead, it becomes - in a very familiar way - directed at people of colour, at those who are perceived as outsiders who are taking something from how the country "used to be." Whether the country ever used to be that way is another question.

With files from Dwight Drummond