Police believe the man shot dead during a home invasion in Mississauga early Friday morning was an intruder. 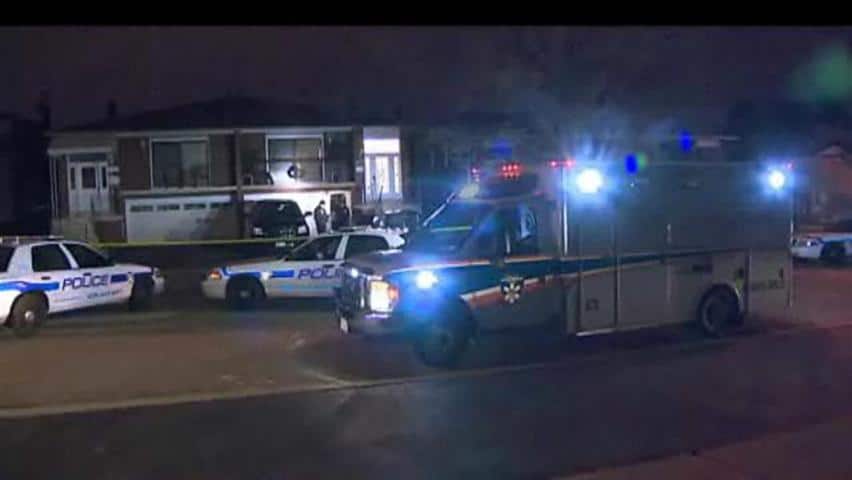 8 years ago
1:42
One person is dead after a shooting during a home invasion in Mississauga. 1:42

Police believe the man shot dead during a home invasion in Mississauga early Friday morning was an intruder.

The robbery was at a residence on Corkstone Glade, near Rathburn Road and Dixie Road.

When they arrived, the suspects were gone and 22-year-old Ibrahim Abukar was found dead. He was alleged to have broken into the home along with the two other men.

Peel police said that the men, two of whom were armed, were confronted by the homeowner. A struggle ensued, resulting in Abukar's death.

But Mark Guluzian, a close friend and employee of the homeowner, said the family of four that lives in the house are doing fine.  In addition to the four — Guluzian's friend, his wife and two young children — a tenant in her 20s lives in the basement, he added.

"I'm in utter disbelief here. I don't even know what to say," Guluzian said.

"This is not something you would think that would happen. I grew up in this neighbourhood. This is a very nice, safe neighbourhood filled with a lot of nice people."

Peel police are searching for at least two suspects.