Residents of a small community southwest of Toronto are speaking out against a proposed landfill, which they say threatens to pollute their air, water and farmland. 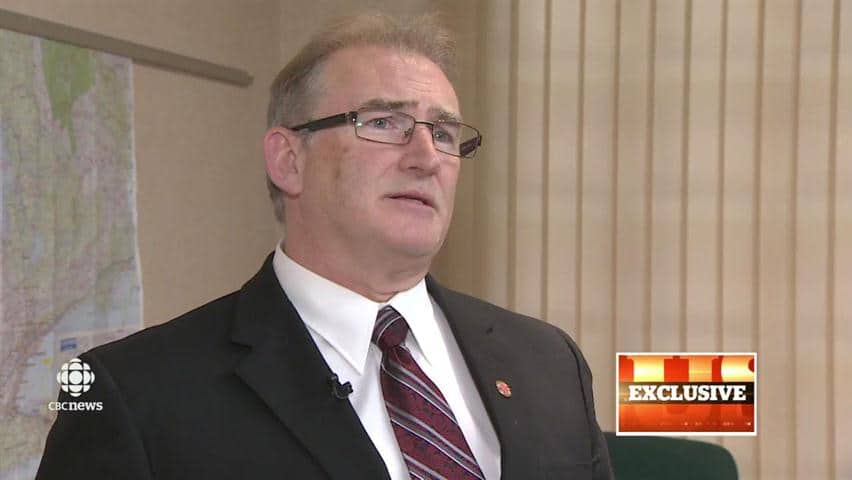 6 years ago
2:00
Residents of Ingersoll, Ont., speak out against a proposed landfill. 2:00

Residents of a small community southwest of Toronto are speaking out against a proposed landfill, which they say threatens to pollute their air, water and farmland.

The landfill would see millions of tonnes of garbage per year trucked from Toronto and dumped in a limestone quarry just outside Ingersoll, Ont.

You made it, you deal with it.- Ingersoll Mayor Ted Comiskey

The project still needs an environmental assessment and provincial approval.

But Mayor Ted Comiskey is worried about the future of his town if it goes ahead.

The site is just a few hundred metres from town — surrounded by farmland and right on top of the local water supply.

Comiskey will fly to Belgium next week to discuss the situation with Carmeuse, the mining company behind the quarry. The landfill project would be led by the Ontario company Walker Environmental Group.

The company says its plan is safe.

Walker "has over 30 years of experience designing, developing and safely operating landfills in former quarries alongside operating quarries as well," said Darren Fry, the company's director of strategic growth.

But residents don't trust the plan to separate the waste from the groundwater with a liner.

"That's one of our key concerns — that eventually you've got a breakdown of this man-made liner and you've got toxins being pulled into the local water supply." said another resident, Suzanne Crellin.

Toronto currently sends its trash to a landfill outside of London. Ontario sends another 3.5 billion tons of waste per year to New York State and Michigan.

Comiskey says his community deals with its own garbage, and so should others.

From a report by Trevor Dunn