How this artist created a 3-D 'Love Letter to Canada'

Luanga Nuwame’s handmade Beautiful Canada series is an artistic tribute to all the country's provinces and territories. 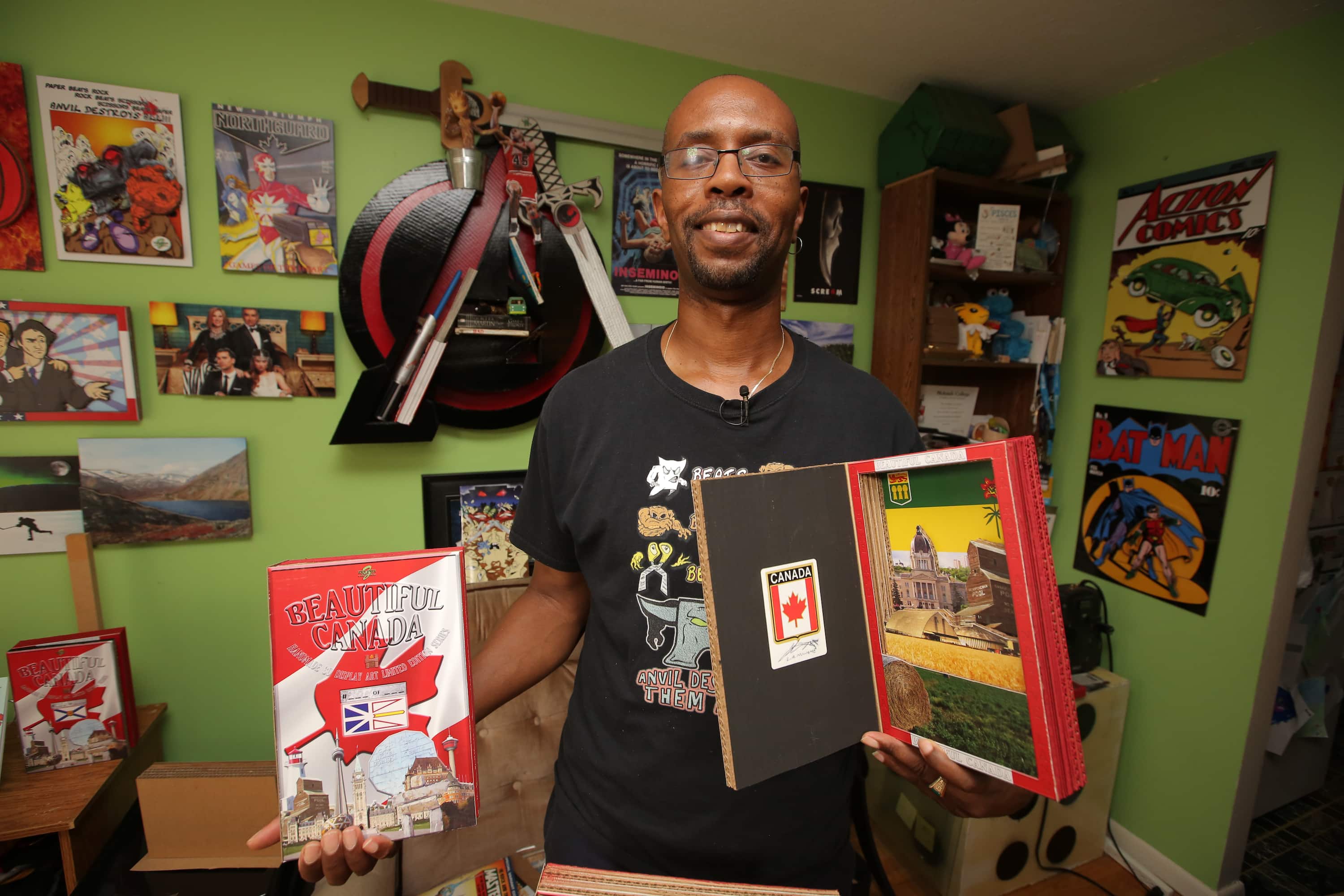 The handmade series is called Beautiful Canada and was made in his living room in Mississauga, Ont. He's only making 100 of each design.

"I wanted to create a love letter to Canada," said Nuwame.

Nuwame was born in Toronto to a Jamaican mother and Togolese father. Twenty years ago, he was the only one who declined a green card when his entire family moved to the United States.

He says he's thankful he decided to stay in Canada.

"No country is perfect but when I weigh what's going on and the hardships of many of my family members and friends in the U.S. versus what I've personally as an individual have gone through, I realize that I've had more opportunities than I thought I had. Especially as a Black creator and business owner."

Nuwame calls himself a "cardboard craft artist" and posts his unique projects, such as a swimming pool and furniture made out of cardboard, on YouTube. He also runs an independent publishing company called Zelpha Comics.

He says he uses Canadian cardboard and glue for his art projects.

Nuwame has only been to Ontario and Quebec, but plans to visit the rest of the country when the COVID-19 pandemic ends.

"I just love this country. I love everything that it has provided me."