As the COVID-19 pandemic continues to devastate local restaurants, a longstanding family-run business in Toronto’s Koreatown is in danger of shutting down. But thanks to some friends who are pitching in by waiting on tables and washing dishes, Korean Village is getting by for now.

After more than 40 years, Korean Village is staying open, but with an uncertain future

As the COVID-19 pandemic continues to devastate local restaurants, a longstanding family-run business in Toronto's Koreatown is barely getting by —  and only with the help of some friends who've kindly offered to wait on tables and wash dishes.

Korean Village Restaurant near Bloor Street West and Bathurst Street has been open since 1978. For more than four decades it has been a lively spot in the heart of the neighbourhood.

"This isn't just a restaurant," owner Jason Lee said in an interview.

"Personally, I've witnessed life: people growing up, people moving on, engagements, weddings. For me this is like a second home."

Lee's parents opened Korean Village when they immigrated to Canada. While it's a favourite in the Korean community, the restaurant is known across the city. It has also hosted celebrities such as actors Sandra Oh and Jackie Chan, as well as renowned chef Susur Lee. 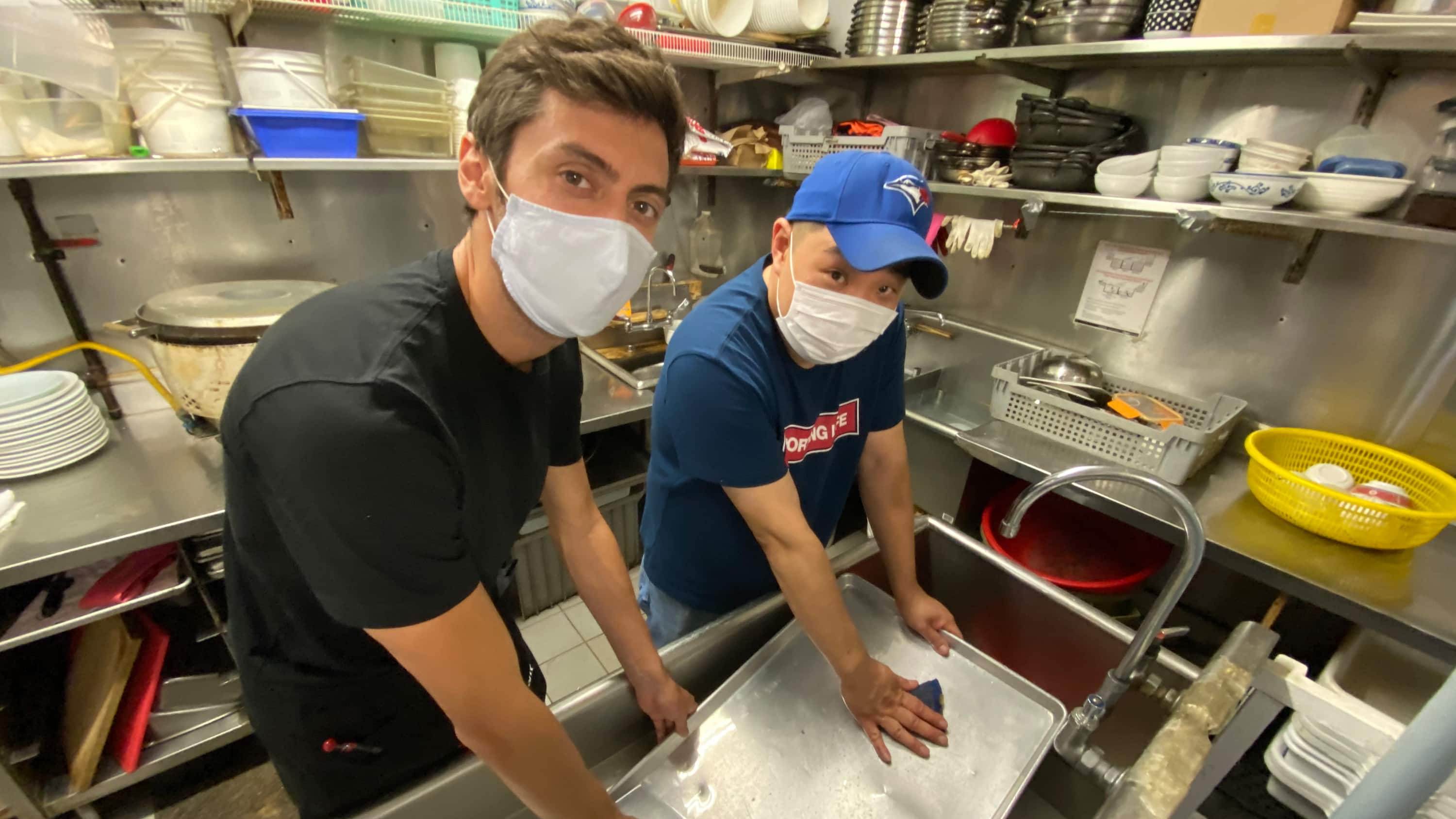 1 month ago
1:48
A long-standing, family-run restaurant in Toronto’s Koreatown was barely getting by amid the pandemic. Now, friends of the family are volunteering their time to keep the place afloat. 1:48

But like so many other local businesses, the COVID-19 pandemic is pushing Korea Village to the brink.

During the initial stages of Ontario's pandemic shutdown, restaurants could only serve takeout. Shipping food out in plastic and Styrofoam containers didn't translate well for some of Korean Village's popular items, such as large dishes made for sharing, or hot stone-bowl soups.

But customers haven't rushed back with the return of indoor dining, either.

"I personally had to lay off the majority of the staff. One, we couldn't afford to keep them. Two, there was no need," Lee said.

"I can't imagine being able to survive very long given the current circumstances."

The thought of losing a local landmark was hard for Andrew Oporto to bear. Especially since he and Lee have been friends since high school.

"It's my favourite restaurant in the city," Oporto said.

He's a comedian and actor. Work in that business has also been slow, so when Oporto saw the restaurant suffering, he offered to help.

"Jason was so stressed out, I said, 'You need help serving?'"

An offer of free labour during a rough patch sounds like an easy decision for a business owner. But Lee had to think about it. In the restaurant's 42 years, it has only hired Korean servers.

"The Korean customers who come in do a double take," Oporto said. "Then Jason has to explain, 'He's my friend, he's helping out.'"

Lee says Oporto is doing an "incredible job," even while he continues to learn about Korean cuisine.

"Sometimes the customers ask for something and I'm like, 'I don't know what that is, show it to me on the menu,'" Oporto said.

In the back of the house, another friend of Lee's has started coming in from Burlington to volunteer as a dishwasher.

Lee says he's grateful to have people in his life who are willing to help when he needs it most.

"I want to carry on my mother's legacy. I have a deep passion for this restaurant, for the food, for the people who have come here and supported us over the years," he said.

While it's working for now, Lee is keeping a close eye on the rising COVID-19 case numbers in the GTA, and the government response. If there's a return to earlier restrictions on restaurants and indoor dining, Lee doesn't think Korean Village will be able to stay in business.

But as long as he has support from friends, he'll do whatever it takes to stay open.

"The name of the game is to survive."

Trevor Dunn is an award-winning journalist with CBC Toronto. Since 2008 he's covered a variety of topics, ranging from local and national politics to technology on the South American countryside. Trevor is interested in uncovering news: real estate, crime, corruption, art, sports. Reach out to him. Se habla español. trevor.dunn@cbc.ca