No fixed address: What housing watchers want governments to do about Toronto's scorching market

The scorching hot price increases in Toronto’s housing market must slow down, or we could be headed towards a consumer-led recession, a Toronto based economist warned.

Almost 70,000 units under construction across the GTA, but that may not be enough, OREA says

There are two camps about whether the secret to happiness comes from having low expectations — but after a year of searching for a home in Toronto, Veronica Morgia is a firm believer in the theory.

She and her fiancé, Spencer Craine, 31, scoured Bloor West Village for their dream home, "only to notice our budget didn't go very far," Morgia, 28, said.

Their first bid was for a one-bedroom bungalow with a partially finished basement. They offered $55,000 above the asking price, but were still outbid by $65,000. 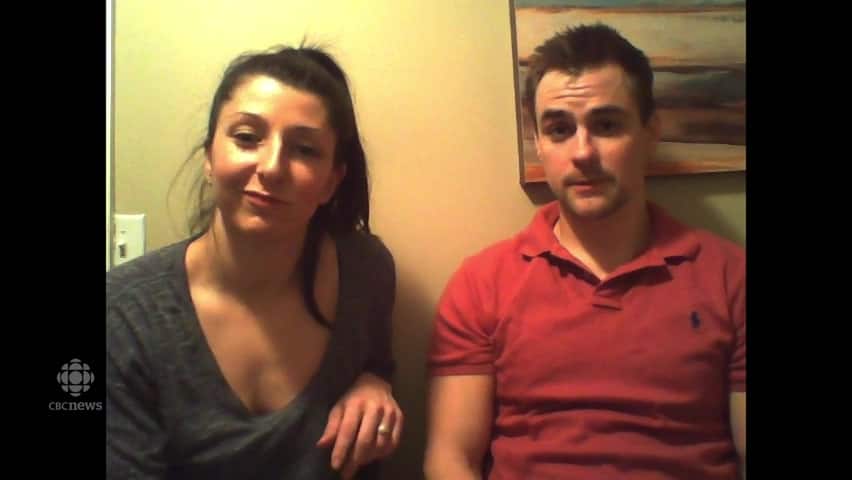 4 years ago
0:45
Veronica Morgia and Spencer Craine let go of their dream home goal and bought a home to get into the real estate market. 0:45

This month, they finally bought a 700 square foot bungalow in Mount Dennis. The home may be smaller and further afield than they wanted — but the young couple has picked up sobering advice.

"Get away from this dream house idea," Craine said.

Single detached homes in Toronto are on the market with record scarcity, and the ones that are available are now selling for an average of $1.5 million.

In October of 2016, the Canadian Mortgage and Housing Corporation forecasted - at the high end - the average home price in the GTA would be $820,000 for 2018. However, already by this February, the Toronto Real Estate Board reported the average price had already far exceeded that at $875,983.

And as CBC Toronto reported Monday, evidence is piling up to suggest serious congestion in the real estate market, which in turn contribute to rising prices.

Those issues could be resolved by the market itself, experts say, although many are calling for government intervention.

Housing market in Toronto area at a 'crossroads'

The principal of market analysis for the GTA at the CMHC, said the housing market in the Toronto area is at a "crossroads."

"I think we're at a critical time in terms of the market and hard to tell where exactly it's going to turn," Dana Senagama said. "But I do think things will start to slow beginning in 2018."

In its most recent home growth forecast report, TD Economics predicted home price growth rates will "cool" to between three and five per cent by 2018. While it's still growth, it's substantially slower than the 20 to 25 per cent forecasted in 2017.

According to Senagama, three main factors will contribute the cooling:

Those new homes won't all be move-in ready this year. And even the increased supply won't satisfy the demand, the Ontario Real Estate Association said.

"I'm happy to see CMHC numbers show more housing coming to the marketplace," the association's CEO Tim Hudak said. "In the city of Toronto, we have less than 1,000 detached homes for sale, and you have a lot of people who want those homes so you get these huge bidding wars."

The association has called on the City of Toronto to remove the municipal land transfer tax, suggesting it would boost supply. The tax is paid by the buyer in addition to that charged by the province whenever a home gets sold in Toronto.

"It's become kind of the crack cocaine of taxation," Hudak said. "We're the only city in North America with a double land transfer tax."

Cutting the tax, though, would cost the city a significant source of revenue. It earned $640 million from the levy last year.

'The province has really put municipalities in a planning straitjacket'

Hudak, who is also the former leader of the Progressive Conservatives, blasted the Liberal government's "one-size-fits-all" Growth Plan for Greater Golden Horseshoe, which is enshrined under the province's Places to Grow Act.

"Right now that growth plan basically says that almost the entire GTA has got to look like Yonge and Eglinton," Hudak said. "The province has really put municipalities in a planning straitjacket."

Hudak wants municipalities to have more of a say when it comes to building their communities.

A spokesperson with the provincial Ministry of Municipal Affairs said the growth plan is to reduce sprawl, protect valuable natural resources and to build more integrated communities.

The Ministry of Municipal Affairs is receiving input on a revised version of the growth plan, with a final version expected sometime this year.

Public consultation on the draft is still taking place and the final plan is expected this year.

The Toronto Real Estate Board said supply issues are the most critical to housing affordability. The quickest way to address that would be for the province and municipalities to streamline the process for building permits or development approval, the board's director of market analysis said.

"It takes a little bit longer to implement things like that," Jason Mercer said. "That's why we're really trying to impress that now is really the time to start looking at that."

"More residential units were approved than were built between 2011 and 2015," he said.

The province is reviewing what other factors might be affecting getting those units on the market.

Fallout for the economy

Home prices have risen an average of 27.7 per cent in Toronto this February compared to 2016, however wages are only growing by two to three per cent, Douglas Porter observed.

He said the housing collapse in Toronto in the 90s — when prices fell by 25 per cent over five years — should act as a warning to policymakers now.

I think we are in a situation where prices have completely divorced from economic fundamentals," he said.

And a top economist at CIBC agrees.

If the housing market doesn't slow down, Toronto could be headed towards a consumer-led recession, warned Benjamin Tal, CIBC's deputy chief economist.

"It's not going to be a wave of defaults like in the U.S., but it can lead to less consumption and therefore reduced economic activity," said Tal.