New Canadian research suggests feelings of burnout were high long before COVID-19 arrived in Canada, particularly among nurses. This is prompting concern that months of heightened pressure is taking even more of a toll on health-care workers and their ability to do their jobs.

While Lhamo Dolkar worked on the front lines as a registered nurse in the early months of the pandemic, her precautions after coming home from a shift were a stressful but necessary routine.

First, the Whitby, Ont., resident would strip down in her garage. Then she'd rub alcohol on her body before going up to have a shower. Then, finally, she'd get to hug her four boys — even though fears about infecting her family with COVID-19 still lingered in her mind.

"My kids have become so programmed now that they ask me, 'Can I touch you now? Do you have coronavirus?'" she recalled. "That truly breaks my heart."

Dolkar, who worked in front-line patient care in Toronto and is now in a public health role, is one of thousands of Ontario health-care workers facing constant fear and stress as the pandemic enters its second year.

New Canadian research also suggests feelings of burnout were high long before COVID-19 arrived in Canada — particularly among nurses — which is prompting concern that months of heightened pressure is taking an even greater toll on health-care workers and their ability to do their jobs.

"The stress at work, the stress of not being able to do things, the human touch that's not there, the additional workload of donning PPE, has all added to the work stress," Dolkar said.

"Burnout" is the term for a common reaction to unrelenting stress in the workplace, manifesting in emotional, physical and mental exhaustion that can suck the joy out of doing a job and reduce someone's motivation.

Prior to the start of the pandemic, a research team led by vascular surgeon Dr. Barry Rubin — the chair and program medical director at the Peter Munk Cardiac Centre at Toronto General Hospital — surveyed physicians, nurses and allied health professionals to gauge their level of burnout.

Those results, set to be published on Tuesday in the Canadian Medical Association Journal, suggest front-line staff across the board were coping with some degree of burnout.

"What we found was really surprising," said Rubin. "The levels of burnout were very high."

Nearly 78 per cent of nurses who responded to the survey reported feeling a sense of burnout in the previous month.

So did roughly 73 per cent of allied health professionals — such as physical, respiratory and occupational therapists, pharmacists, social workers, dietitians and speech-language pathologists — and roughly 65 per cent of physicians who responded to the survey.

Burnout and distress both have a negative impact on health-care workers "and the treatment they provide," Rubin's team states in the research.

Conducted in late 2018 and early 2019, the poll focused only on survey respondents who were among the staff at Toronto General's cardiovascular centre, but the results are in line with high rates of burnout reported elsewhere pre-pandemic.

"If it was that bad before, what's it going to be now?" said Rubin, who wants to conduct another survey mid-pandemic.

Strain on workers a 'vicious cycle'

Dolkar, the Whitby-based nurse, isn't surprised that burnout levels are high among her profession, and agreed there's added stress from the all-consuming pressures of COVID-19. 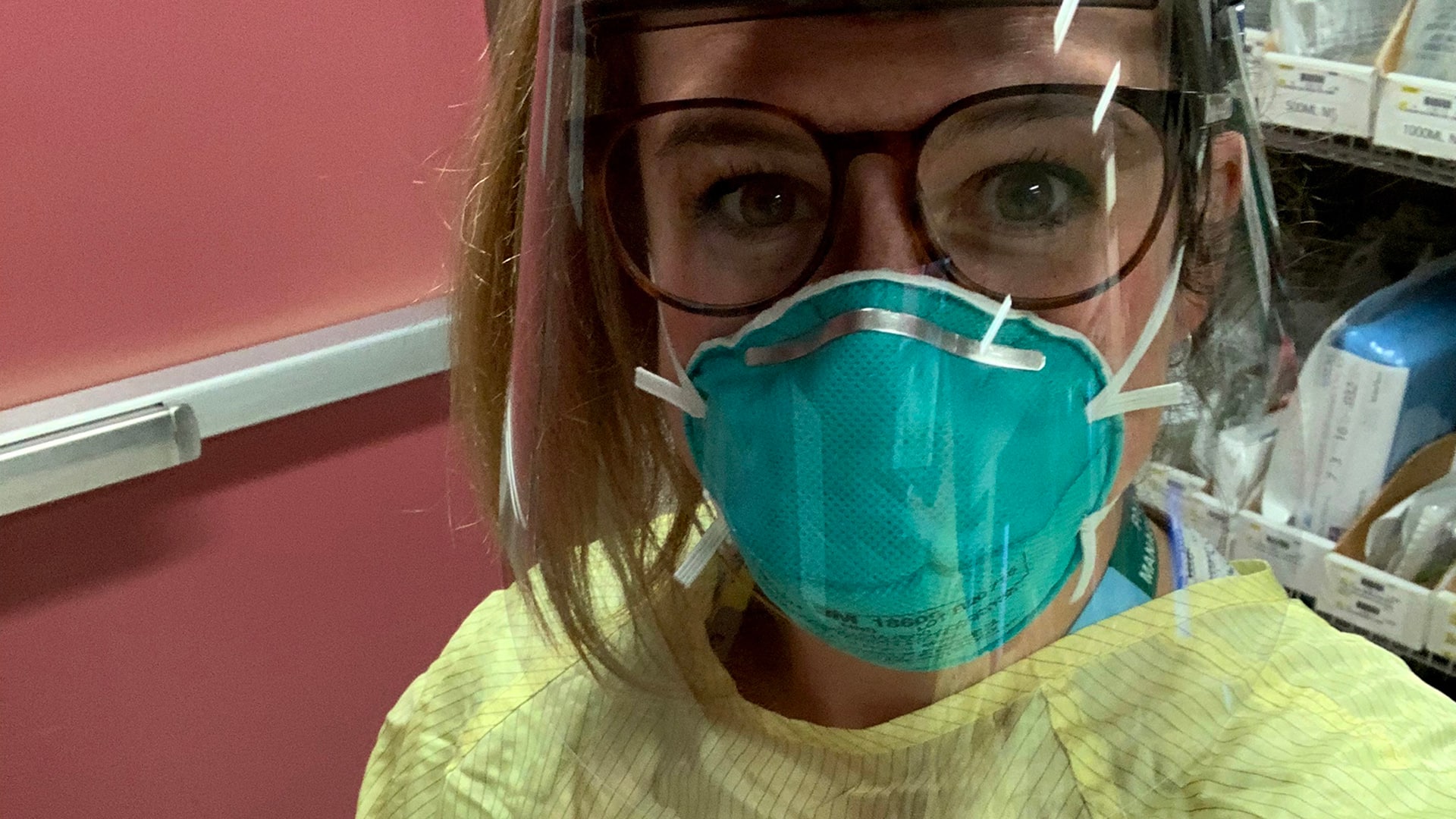 11 days agoVideo
2:33
A Saskatoon ICU nurse shares her story about how working on the front lines during the pandemic impacted her mental health and why getting her first dose of the COVID-19 vaccine gave her a boost during the second wave. 2:33

Front-line nurses are "the backbone of the Canadian health-care system" and need to be at the table for policy-making, she said, but instead they often face the strain of job cuts and understaffing.

It's another instance of the months-long health-care crisis compounding existing issues. One report from the Ontario Health Coalition, released in February 2020, found most long-term care homes were short-staffed on every shift and experienced poor working conditions even before the novel coronavirus.

"They're overwhelmed, they're exhausted, they're emotionally drained, they feel defeated," he said.

The union has been surveying its members, Merriman said, and the responses so far have ranged from accounts of crying between calls to constant fear while donning and doffing protective gear to the newfound stress of not being able to find public washrooms while on the road.

"One member said he developed a urinary tract infection from holding his bladder so much," Merriman said. "We've heard of some that are terrified of taking [the virus] back to their family."

The union shared some of the paramedics' survey responses with CBC News, which included statements such as:

'We fear for our own safety'

While physicians responded with the lowest level of burnout among those surveyed by Rubin and his team before the pandemic, some warn those on the front line are likely faring worse now.

Dr. Samantha Hill, president of the Ontario Medical Association, said more attention needs to be paid to the strain faced by individual physicians who are juggling the same stresses as the general population, from home-schooling their kids to facing the risk of getting infected themselves.

"We really need to remember that physicians are people," she said.

Dolkar said it's the same for nurses and any health-care workers on the front lines: They're coping with the stress of their jobs and the daily fear of spreading the virus among other staff, patients or their own loved ones.

While health-care workers are trying their best to provide compassionate care, Dolkar stressed it's a constant challenge when they're bogged down with time-consuming protocols and restrictions that limit their contact with patients and restrict those people from seeing their families.

"We fear for our own safety," she said, "and that hinders the care that you have always provided."