The prominent anti-poverty activist, who authored several books on the Great Depression, the Second Word War and postwar austerity, has died in an eastern Ontario hospital.

A prominent anti-poverty activist, who authored several books on the Great Depression, the Second Word War and postwar austerity, has died in an eastern Ontario hospital.

Harry Leslie Smith's son, who has been issuing regular medical updates to his father's 250,000 Twitter followers, said the 95-year-old died early this morning.

"At 3:39 this morning, my dad Harry Leslie Smith died. I am an orphan," his son John wrote on Twitter.

"I have spent the last 8 years with Harry on his beautiful odyssey to not make his past our future. It was honour to be his son and comrade."

Smith, who lived through the Great Depression and fought with the British air force during the Second World War, has been a lifelong advocate for the poor.

A look back on the life of WWII veteran, social activist Harry Leslie Smith 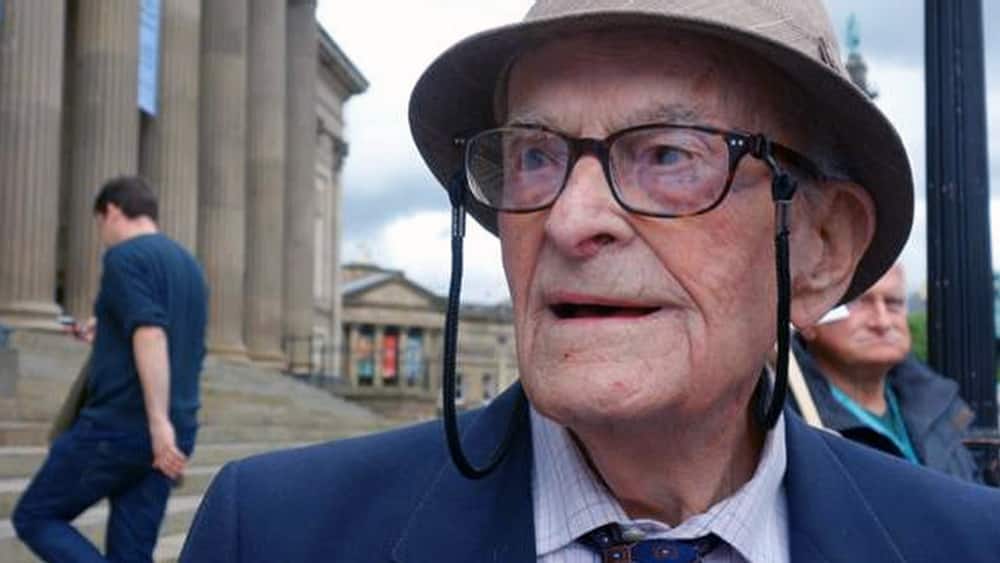 A look back on the life of WWII veteran, social activist Harry Leslie Smith

2 years agoVideo
3:15
Prominent social activist and author Harry Leslie Smith died on November 27, 2018, in an eastern Ontario hospital at the age of 95. The National's Adrienne Arsenault looks back on the extraordinary life of the man known as "the world's oldest rebel." 3:15

Online tributes have been pouring in for him as he received treatment in an intensive care unit in Belleville, Ont., after his family said he suffered a fall.

Notables including Prime Minister Justin Trudeau, actress Mia Farrow and British Labour Party leader Jeremy Corbyn, are among the supporters who extended their well wishes to the famed activist.

Smith's son said on Twitter that his father had expressed his appreciation for the support he received.

"I told Harry before he fell into a deep sleep about the concern rippling across Twitter for him and he said to me, 'Tell them, I love each of them so much,"' John wrote on Twitter.

Smith, who split his time living in England and Canada, rose to online prominence as a nonagenarian for his progressive polemics rooted in personal strife.

He was the son of a coal miner who described the 1920s in Britain as a "barbarous" and "bleak" time in part because of the lack of health care. His sister died of tuberculosis at three. He started work at age seven doing manual labour at a brewery.

Smith's speech at the 2014 British Labour Party conference about the difficulties of life before the country's National Health Service moved many to tears.

On Twitter, Corbyn called Smith "one of the giants whose shoulders we stand on." Corbyn led a tribute to Smith in the British parliament Wednesday.

Former Labour Party leader Ed Miliband tweeted that Smith was "one of a kind who never wavered in his fight for equality and justice. We should all carry his passion, optimism and spirit forward."

In several books and essays, Smith drew parallels between his own brushes with global crises of the past and current turmoil that affects the marginalized. He was particularly critical of the dismantling of social-welfare systems, the inequities of unchecked capitalism and the rising threat of nationalism.

"I am the world's oldest rebel," Smith told UNHCR Magazine in October. "I think there are many things we can do if we put our minds to it, and we shouldn't be leaving anyone out."