Justin Trudeau opens door to a Toronto handgun ban, putting Conservatives in the line of fire

With Friday's announcement, the Liberal leader is opening the way for Toronto to bring in a handgun ban. But the province would have to sign on, and the Ford government does not seem poised to join the effort to implement one.

Justin Trudeau opened the door to a ban on handguns in Toronto with an announcement on Friday, but the province would have to sign on to make it a reality — and the government of Premier Doug Ford does not seem poised to join the effort to implement one.

On Friday, following days of damage-control sparked by the emergence of a 2001 yearbook photo of Trudeau dressed in brownface at an Arabian Nights-themed gala, the Liberal leader switched gears and focused on the battle to curb rising gun violence in Canada's largest city and across the country.

In an announcement in Toronto's Greektown — where the memory of the deadly Danforth shooting spree is still fresh —Trudeau promised that if re-elected, a Liberal government would enact a national ban on semi-automatic assault weapons and work with provinces to enable handgun bans at the municipal level.

Toronto city council first asked Ottawa to institute a ban on handguns more than a year ago in the wake of the Greektown rampage. Similar calls have come from politicians in Montreal and Ottawa.

"Based on what we've heard from today's announcement, I believe Mr. Trudeau, his ministers — including minister Bill Blair, with whom I've discussed this matter many times — have listened to our calls for more gun control and they have  put forward a response," Mayor John Tory told reporters Friday.

Handgun ban efficacy 'has not been demonstrated': province

"This is a step towards tighter gun control," Tory said.

Danielle Kane was one of 13 people wounded in the Danforth rampage on July 22, 2018. Two people — Reese Fallon, 18, and 10-year-old  Julianna Kozis — were killed. Kane reacted to the announcement Friday, saying handguns such as the one that left her paralyzed should also be prohibited.

"I think anything less than what he is proposing is simply not acceptable because no one should have to live through what I'm living through right now: the pain, the misery, the burden, no one should," said Kane, who spent 11 days in a medically induced coma and two months in hospital learning to live as a paraplegic.

"If you don't ban handguns now, you'll pay for it later," said Ken Price, speaking on behalf of the group Danforth Families for Safe Communities, which includes the families of nine victims of the shooting.

"Handguns don't really belong in the hands of private citizens." 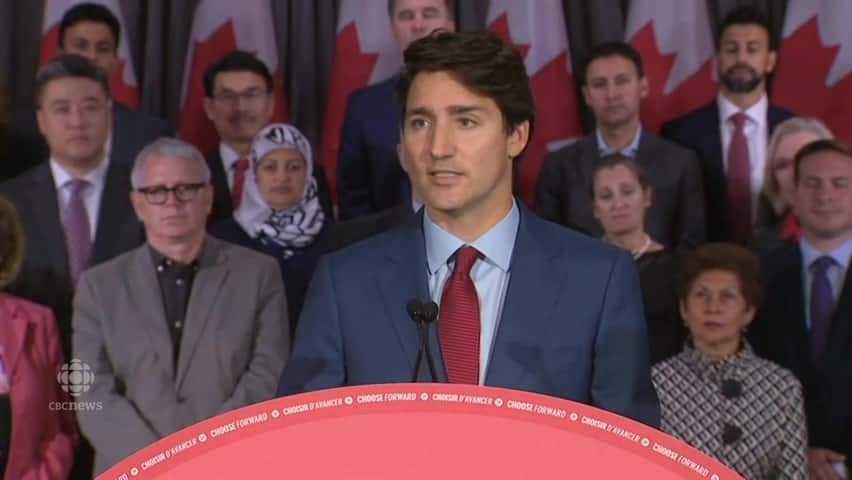 But Ontario's provincial government has a decidedly different take on the measure — and municipalities don't have the power to legislate handgun bans on their own.

In a statement to CBC News, a spokesperson for Attorney General Doug Downey said while protecting citizens has been an "urgent priority" for the province, "it has not been demonstrated that banning legal firearms and targeting law-abiding citizens would meaningfully address the problem of gun violence."

The statement goes on to say Ontario does support strengthening measures to stop the flow of illegal guns within Canada or from across the border.

It also pointed to an Aug. 26 joint announcement between the federal and provincial governments to beef up the fight against guns and gangs in Ontario — with measures ranging from dedicated firearms bail prosecutors in Peel region, policing projects in the Greater Toronto Area and four assistant Crown attorneys working with Ottawa police focused on guns and gangs.

Asked by reporters if he thought the Ford government would support a city-wide ban on handguns, Tory seemed hopeful.

"I think Mr. Ford and I are both interested in saving lives," he said. "None of these measures in and of themselves will solve the problem, but I believe that a handgun ban, for example, would make a difference," he said.

Friday's announcement aligns with what Bill Blair, the federal minister for Border Security and Organized Crime Reduction, who was charged with overseeing the public consultations on gun control, has previously said about a possible national handgun ban.

"It would not, in my opinion, be perhaps the most effective measure in restricting the access that criminals would have to such weapons, because we'd still have a problem with them being smuggled across the border," the former Toronto police chief told the Globe and Mail.

Whether a city ban on handguns would be effective if other neighbouring municipalities like Mississauga, Brampton and Markham aren't also on board, Tory conceded, "It won't be as effective as a national handgun ban, which is what I have called for."

"We've been asking for that, even though that wasn't the weapon that affected us," he said. But he also said the community also wants to see a federal ban on handguns.

"To push that to municipalities, I don't understand that," Price said. "If Brampton says yes and Toronto says no, how is that helpful?"

Toronto Police Chief Mark Saunders has said the majority of guns in the hands of gang members in the city — an estimated 80 per cent — are coming from the United States illegally.

In a statement Friday, Mississauga Mayor Bonnie Crombie said she supports exploring a municipal or regional ban on handguns.

"This is a national issue, but there are measures we can take now to combat gun crime," she said.

The statement underscored the importance of stopping the flow of illegal guns across borders and said Peel Police need access to provincial funding as soon as possible to help crack down on the problem.

That's something Tory says he wants to see addressed by the Liberals as well as the other federal parties — in addition to tightening up the bail system.

With the growing toll of gun violence in the city, Friday's announcement appeared to be aimed at both the federal Conservatives, and the Ford government as the one holdout to a handgun ban that Toronto's own mayor wants to see instituted. And that fact did not seem lost on Trudeau.

"There are many Conservatives out there who think we should be weakening gun control," Trudeau said. The comment comes just days after the Liberal leader was on radio saying his conservative counterpart was "in the pocket of the gun lobby."

Conservative Leader Andrew Scheer responded Friday: "That's a ridiculous accusation made by a prime minister who's mired in his own scandal, desperate to change the channel."