For families like the Neville-Lakes, closure may never come

A Toronto mother whose son was killed by impaired driver 23 years ago says grief goes on forever when a parent loses a child. 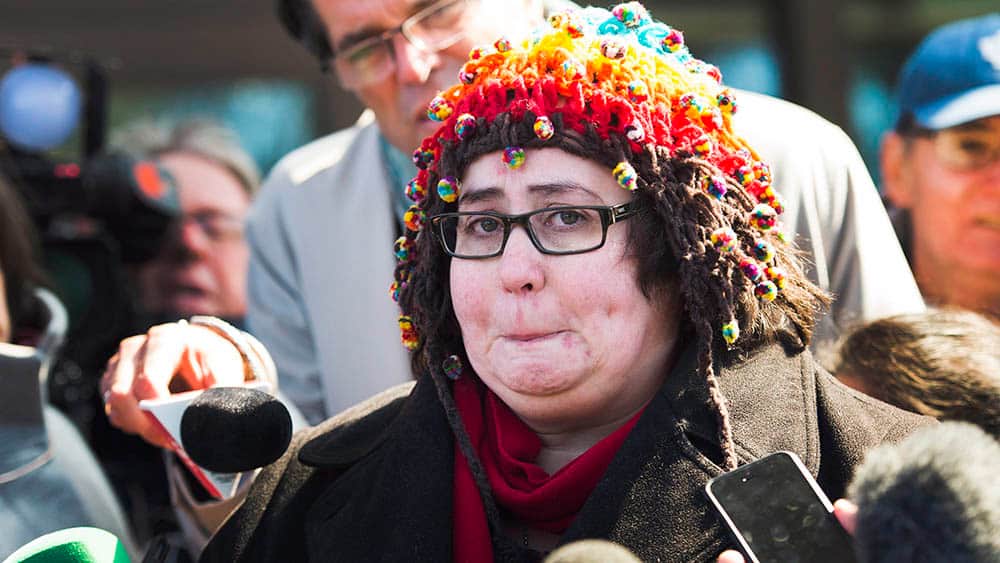 Twenty-three years ago, Carolyn Swinson lost her 27-year-old son in a crash involving an impaired driver whose blood alcohol level was 2.5 times over the legal limit.

When she was told about it, Swinson was in shock and disbelief. A Toronto police officer took her, her husband and daughter to the hospital, and on the way there, she sat in the back of the cruiser, hoping the police had made a mistake.

"It's grief that never goes away. It lessens, but it never leaves," she says now. "Losing a child is the hardest thing anyone will ever have to go through."

The driver had only had her licence for 10 days. But it galvanized Swinson to do whatever she could to prevent other needless deaths.

Swinson, 74, director of victim services for the Toronto chapter of MADD Canada, said people grieve in their own way.

Going through a court process is difficult because families must face the person who decided to drink and drive, must listen to frustrating details and must cope with the verdict.

Regarding the Neville-Lake family, who lost three children and a grandfather in that Vaughan, Ont., crash in September 2015, Swinson said that at the very least the family can now grieve in private, out of the media spotlight.

Marco Muzzo, the driver responsible for the crash was sentenced on Tuesday to 10 years, with a driving ban for 12 years that will begin when he is released from custody.

Swinson says she hopes the Neville-Lake family members can stick together and continue to support each other as they deal with their terrible loss.

Swinson also lost her father to an impaired driver. He died on Feb. 13, 1981, age 68, while he was walking across a street in England. He had almost crossed the street when he was hit.

"It was very tough and very painful to lose my father. But losing a parent is nothing in comparison to losing a child. You learn to live with it, you learn to deal with it, but it's always there."

Grief counsellors say grief is complicated, and whether the court process helps or hinders the grieving process depends on the outcome of each case and whether the person or family feels justice has been done.

Dr. Mel Borins, a family doctor and associate professor in the department of family and community medicine at the University of Toronto, said the Neville-Lake family has experienced a "catastrophic" loss, complicated by the fact that the deaths were sudden, unexpected and involved children.

Borins said grief begins immediately after a loss and it could lessen after a court process if the grieving person is satisfied with the verdict. He said he is not sure if the Neville-Lake family feels satisfied because their loss is so great.

"The court process can be healing," he said. But unresolved feelings, such as anger and guilt, can complicate the grieving process.

"Sadness takes time, and over time, the sadness goes away," he said.

Bonnie Burstow, an associate professor at University of Toronto's Ontario Institute for Studies in Education, said a court process can leave people feeling empowered or powerless depending on what they had hoped to achieve from it.

Some people benefit from simply having their day in court, she said.

"If it's a terrible process, it goes in the other direction."

No such thing as closure

For her part, Swinson said going through the court process is "incredibly difficult," and she was "relieved" when it was finally over. "It's something that's always on your mind. It's helpful to get it out of the way," she said.

She said she has had to come to terms with the fact that nobody, in the death of her son, was held accountable, and her family will never be the same. "The grieving process is ongoing, forever."

Swinson said Muzzo's sentence of 10 years is "significant," but it's important to remember that families who have lost loved ones to drunk drivers get a life sentence.

"There is no sentence that can undo what has been done," she said. "I never use the word closure because there is no such thing as closure. Grief is a very personal thing.

"As a parent, you don't raise your children to lose them to somebody who drinks and gets behind the wheel of a car."

Swinson said she hopes the Neville-Lake family can find the strength and hope to keep the memories of their children alive.

MADD Canada, a registered Canadian charitable organization, estimates that between 1,250 to 1,500 people die and more than 63,000 people are injured every year in Canada in crashes related to impaired driving.

According a report from Western University, more than 30,000 people were charged and convicted of an alcohol or drug impaired driving offence in Canada in 2013-14.