Days after being attacked for quoting a blog that denies climate change during a public debate, Ontario's energy minister told reporters he does believe in climate change. And that's all he told them.

Days after being attacked for quoting a blog that denies climate change during a public debate, Ontario's energy minister told reporters he does believe in climate change.

And that's pretty much all Greg Rickford said before walking away from a scrum at Queen's Park on Thursday, leaving reporters audibly frustrated.

"I believe in climate change and I believe it's a consequence of human activity. Thank you for this," Rickford said.

You can watch the minister's very short comment here. 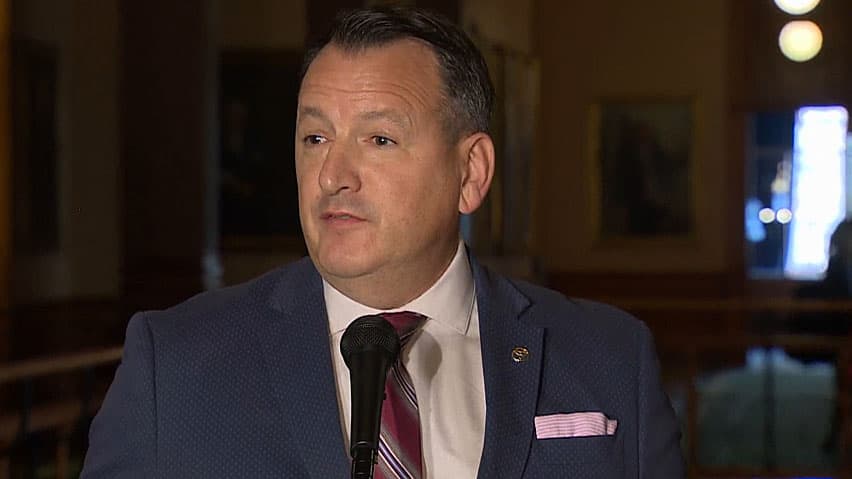 11 months ago
0:20
Days after quoting from a climate change denial blog, Ontario's energy minister told reporters he does believe in climate change. And that's pretty much all he told them. 0:20

Reporters had plenty of climate-related questions to ask Rickford about.

On Thursday, a government adviser recommended a new plan to deal with flooding, while the government also appointed a new advisory panel on climate change.

It's also been one year since Premier Doug Ford's government released its "Made in Ontario" climate-change plan, which has been sharply criticized by environmental groups who say the government has made next to no progress on reducing emissions.

Earlier this week, a group of young Ontarians launched a lawsuit against the province over what they say is climate change inaction. The youths involved are arguing that the Ford government has violated their charter rights by softening emissions reduction targets.