Gord Downie suffers from an aggressive form of brain cancer known as glioblastoma that's incurable, but should not rob the Tragically Hip frontman of his ability to sing, his doctor said today in Toronto. 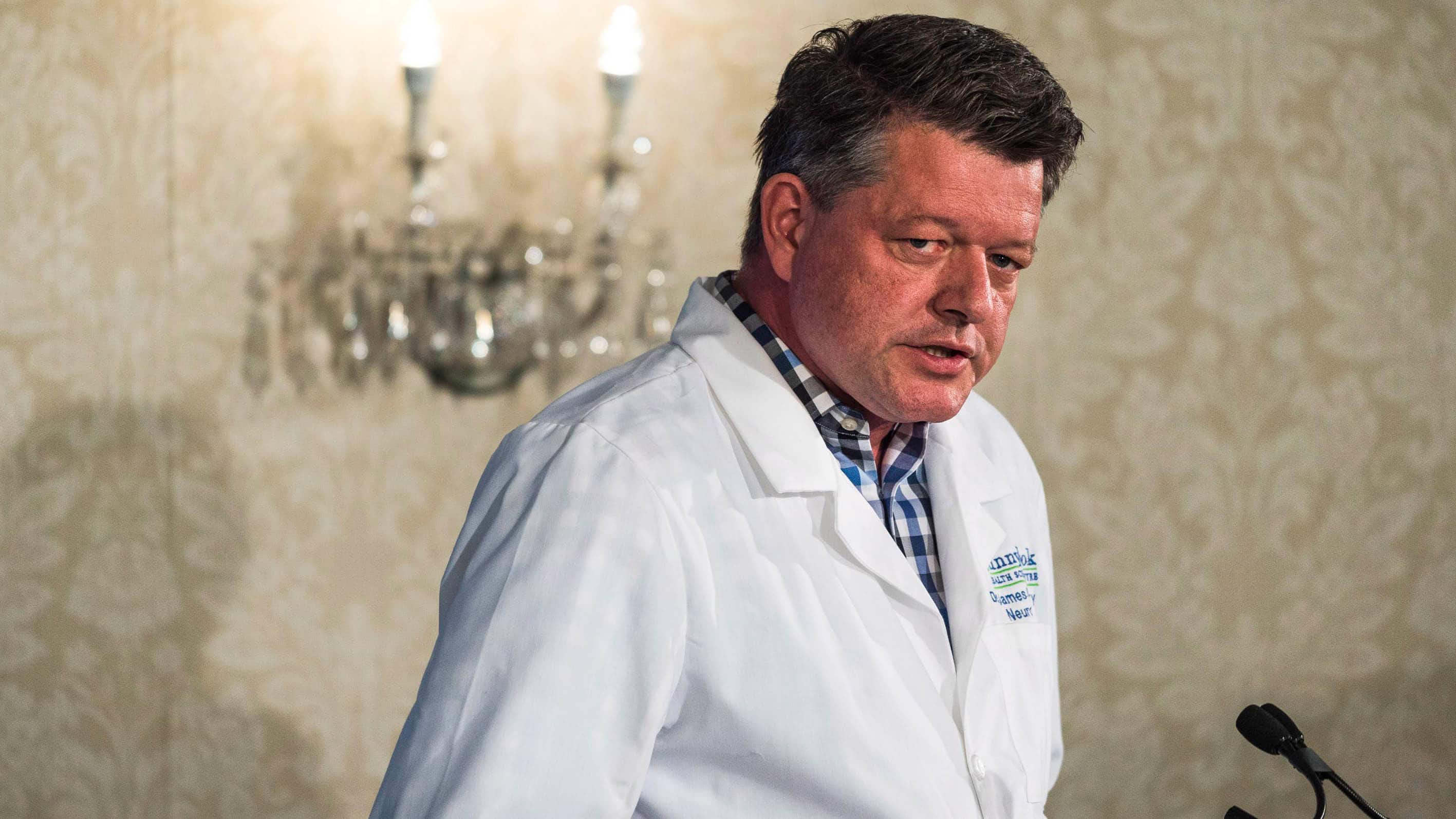 5 years ago
3:53
Dr. James Perry briefs the media hours after the Tragically Hip's frontman released news of his case 3:53

Gord Downie suffers from an aggressive form of brain cancer known as glioblastoma that's incurable, but should not rob the Tragically Hip frontman of his ability to sing, his doctor said today in Toronto.

News the Canadian singer, lyricist and performer underwent surgery and six weeks of chemotherapy and radiation came from his neuro-oncologist, Dr. James Perry, on Tuesday morning, hours after fans learned Downie has the disease.

The type of tumour is known as a primary cancer — which means it originates in the brain rather than having spread there, Perry explained during a news conference at Sunnybrook Hospital.

​Glioblastoma is one of the most common causes of cancer death in Canadians between 40 and 60 years old.

This form of cancer spreads quickly, as it's composed of many different types of cells, all fed by the brain's complex network of blood vessels.

"These primary brain tumours are infiltrative by nature so they're impossible to completely remove by surgery [and] they frequently recur," the neuro-oncologist said. "It is my difficult duty today to tell you that Gord Downie's brain tumour is incurable."

Downie underwent successful surgery this winter that cut away the majority of the malignant tissue, Perry said.

Tests on the cancerous cells later revealed a small cause for hope: biomarkers indicate that Downie's type of glioblastoma will respond better "to treatment than most," Perry said. These proteins predict a longer-term chance of survival, although it will not change the disease's eventual outcome.

A seizure last winter gave the only hint of illness for Downie, who has penned many of the Tragically Hip's Canada-inspired and award-winning music.

Downie collapsed while walking down the sidewalk on a trip to his hometown of Kingston, Ont., his band managers, Bernie Breen and Patrick Sambrook, told reporters at Sunnybrook. That prompted a trip to the emergency room, and scans revealed the cancer.

Now, the singer's primary symptoms are fatigue, his doctor said, owing both to illness and the radiation and chemotherapy he completed a month ago. Downie will likely need more "maintenance chemotherapy," but an MRI scan last week showed the tumour had responded to treatment, Perry said.

"The swelling in his head and left temporal lobe area has decreased substantially," he said. "The amount of tumour ... has clearly shrunk and he is doing very well."

Despite the diagnosis, the band, founded in Kingston, Ont., in 1983, still plans to go on the road this summer.

That coincides with the release of the Hip's latest album, Man Machine Poem, which holds an eerie sense of foreshadowing, especially the first single, In a World Possessed by the Human Mind.

"Just give me the news. It can all be lies," the song begins. "Exciting over fair, or the right thing at the right time."

But the album was written and recorded before Downie knew of his illness, the band says. The singer has since, however, found solace in returning to the studio himself.

The tumour, lodged in the left temporal lobe, interferes with the area of the brain that controls both speech and short-term memory. But Perry explained that lyrical memory — which controls the ability to sing and remember songs — are stored differently, and he said he did not anticipate any problems in those areas.

Neither Downie, a father of four, nor the other members of the Hip attended the Sunnybrook news conference.