A man claiming to be a big-time reality show producer convinces residents of a small town he'll make them famous, promising to feature the town's restaurants in a new reality show.

Residents of Dunnville, Ont., chipped in more than $2,000 to help put their community on the map

Residents of a small Ontario town are still reeling after learning a man claiming to be a TV producer — promising to put mom-and-pop restaurants on a reality show — is actually a convicted fraudster who is wanted in B.C.

If restaurant owners Julia Marchese and Debb Davies could have written the script for the show they thought they were going to be in, the ending would have been a lot different.

The pair thought they were getting the opportunity of a lifetime: the chance to showcase their restaurants on a reality show called Burger Wars, which sees restaurants compete for the best burger in town.

Both women hoped the show would boost business for them and tourism for Dunnville, Ont., a town of fewer than 6,000 people south of Hamilton. Two years ago Marchese opened Julia's Bistro and Davies opened Debb's Cuisine.

"It's a great little place, where [we] take care of each other. It's about family and it's about what we can do as a community to grow," Davies says.

So when a man from B.C. claimed to be a big-time TV producer and made big promises, the business owners jumped at the chance.

They say Christopher Robinson told them that once they were accepted as contestants on the show, all they had to do was give him $500, and gather thousands more in "sponsorship" money to get the show off the ground.

Soon the entire town was pitching in, hoping to put Dunnville on the map.

The local paper even wrote up a glowing story about what the show would mean for the restaurant owners and the community.

On his Facebook page, Robinson claimed to have all the credentials and connections with all the right people.

What the residents of Dunnville didn't know is Robinson pleaded guilty to one count of fraud under $5,000 in 2001.

Go Public also found that while Robinson was asking the people of Dunnville for money to produce a reality show, he was wanted in B.C. on three charges of fraud under $5,000.

He failed to show up in court to answer to those charges last June, and a warrant was issued for his arrest.

If they would have known that, no one would have put out their hearts and their money.- Debb Davies, restaurant owner

Marchese first connected with Robinson through Facebook. After months of back and forth, he told her about his plan to produce the reality show.

Months later, after an application process, Robinson contacted Marchese to say Julia's Bistro would be the first restaurant to be featured on his show Burger Wars Canada.

"I was so excited. I was crying at points of time," Marchese says.

"I just couldn't feel or believe that it finally happened. This was something that I wanted for so long — to be on a TV show to show my burger and my inspiration."

Marchese says Robinson told her he was trying to sell the show to Netflix, but the streaming service tells Go Public it hasn't heard of him or the show.

The company that owns the real Burger Wars also says it has never heard of Robinson.

Robinson turned down a request for an interview, but in an email to Go Public says he always intended to produce the reality show in Dunnville. He says he named his show the same as an existing show by accident, and that he planned to change the title.

'Their hearts and their money'

Robinson has a history of naming businesses after already established companies.

Two of the businesses he claims to run, including Chris Robinson Coaching and Starstruck Entertainment International, have the same — or similar — names as other well-established companies. But he is not associated with the successful companies.

"He was able to hide that from everybody," Davies says. "I'm sure if they would have known that, no one would have put out their hearts and their money."

Marchese estimates town residents gave Robinson more than $2,000 in sponsorship funds for flights and advertising, in exchange for a promised mention in the show credits. They also donated time and money to help renovate her restaurant.

Just days before the television crew was scheduled to arrive, Robinson cancelled, posting on Facebook that he had fired his director. He didn't reschedule the shoot and he didn't return the money residents had contributed to the project.

"I felt like a fool — a total fool," Marchese says.

The real host of the real Burger Wars, Cris Nannarone, says he was surprised when he heard Robinson, a stranger, was claiming he was the host of the show.

He says his producers would never ask restaurant owners to pay for anything.

"I know how important it was to all the restaurant owners: the look on their faces when we rolled into town and showcased their food," Nannrone says.

"It meant a lot to them. For someone to take advantage of these people, that's what hurts."

The real Burger Wars, owned by Calgary-based Pyramid Productions, is no longer in production. Reruns are still being broadcast under licence to Canadian network Corus and U.S. network Scripps, which between the two, own Country Music Television Canada (CMT), the Cooking Channel and the Food Network.

"To say I had no part in a show that I wrote and had yet to even film an episode regardless of the name issue is completely untrue. My intentions were always to film the episodes as I wrote them, starting in Dunnville," Robinson says in an email to Go Public.

After hearing from Go Public, Robinson says he plans to return the money he got from the people of Dunnville.

Both Davies and Marchese filed complaints about Robinson with local police, but an Ontario Provincial Police spokesperson says investigators decided at the time it was a civil matter.

Ontario provincial police won't say whether it checked to see if Robinson has a criminal record or was wanted outside the province.

On Monday, B.C. RCMP told Go Public it only spoke with investigators in Ontario after our inquires. Ontario provincial police now say an investigation into what happened in Dunnville is open.

Davies says the experience has changed the town.

"We have to start over, pick ourselves up, pat ourselves on the back and say, 'What can we do for each other so we can move forward?'" 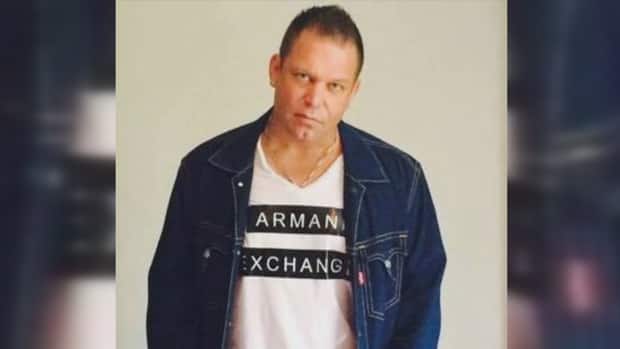 With files from Rachel Ward