Geoffrey the robot is the new, cute way to get contactless delivery in Toronto

You may have noticed a little pink robot roaming the streets of downtown Toronto. Don't worry, it's not lost. It's just Geoffrey making daily deliveries. 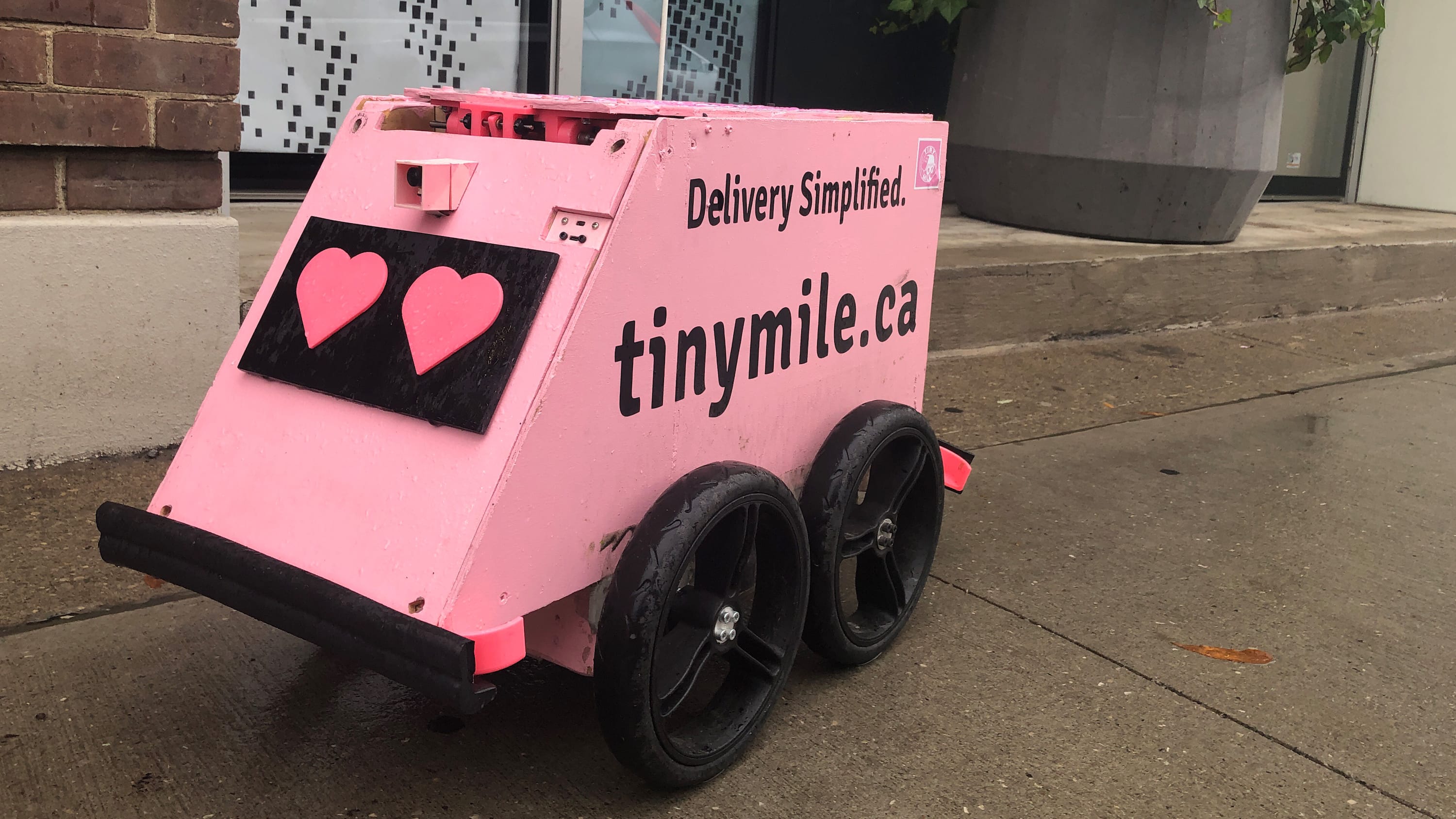 4 months ago
2:33
You might have noticed a little pink robot roaming the streets of downtown Toronto. Don't worry, it’s not lost — it's just Geoffrey doing its daily contactless food deliveries. Angelina King shows us how it works. 2:33

Although Geoffrey was created before COVID-19, they were ready to roll at the right time.

Creator and founder of Tiny Mile AI Ignacio Tartavull says the idea behind Geoffrey was that they — the company says robots are gender neutral and their pronouns are "they" and "them" — free people from running errands.

"A few years from now it's going to sound ridiculous that we use a car to carry a burrito," Tartavull said.

A "pilot" drives Geoffrey around using a controller and laptop. Maryann Matias says it's very similar to playing a video game.

She's created a relationship with Geoffrey, even giving the robot a personality.

"I like to make [them] friendly and even a little bit quirky," she says.

Geoffrey is still in the testing phase and making a few food deliveries a day. But they have big dreams of expanding across the city and running all sorts of different errands.

Angelina King is a reporter with CBC Toronto where she covers a wide range of stories. She has a particular interest in crime, legal and justice issues and human interest stories. She previously reported on national and international news. Angelina got her start in her home city of Saskatoon where she spent much of her time covering the courts. You can contact her at angelina.king@cbc.ca or @angelinaaking