'They are not closing our damn plant': Union vows fight as GM plans Oshawa closing

The union representing thousands of autoworkers is vowing to fight back against General Motors’ plan to close an Oshawa, Ont. plant in 2019 as part of a global restructuring plan.

Some 2,500 jobs on the line as automaker launches massive restructuring effort

The union representing thousands of autoworkers is vowing to fight back against the General Motors plan to close an Oshawa, Ont., plant in 2019 as part of a global restructuring.

It's not clear how many of the 2,500 employees at the Oshawa assembly facility will lose their jobs under the sweeping strategy, which GM says aims to lower carbon emissions and prepare for a future of electric and autonomous vehicles.

Workers at the plant walked off the job Monday morning in protest.

Jerry Dias, national president of Unifor, blasted GM's move, which he says violates its agreement with workers. He praised those who work at the plant, which is about 60 kilometres east of Toronto.

"They are not closing our damn plant without one hell of a fight."

Watch Jerry Dias outline how he plans to fight the closure on CBC's Power & Politics: 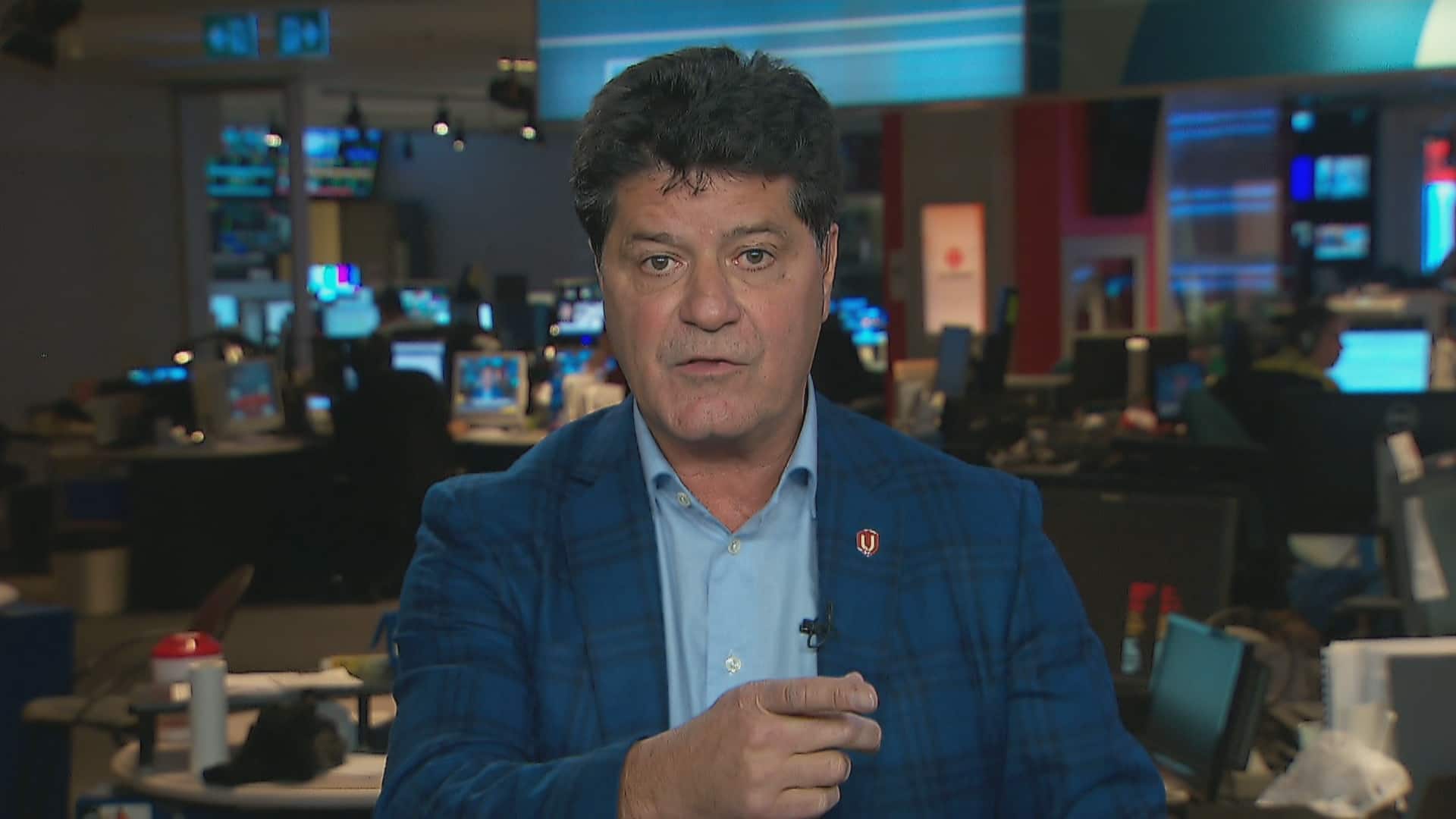 2 years agoVideo
6:35
'This is a company with the wherewithal to do it, but it's chosen not to,' says Unifor's national president. 6:35

Dias said the union is sick of GM outsourcing Canadian work to Mexico and will spend the next year fighting the planned closure and will do whatever it takes to keep the jobs in Oshawa. He suggested the Canadian government could implement tariffs on Mexican-made vehicles.

"Sisters and brothers, buckle up," he said.

When GM confirmed the closure Monday, it said the company is exploring options to retool the facility. This means they could close or they could get different vehicles to build.

Mary Barra, GM's chief executive officer, said from Detroit that the action to transform its product line and manufacturing process will save the company an estimated $6 billion US by the end of 2020.

"This industry is changing very rapidly when you look at all of the transformative technology — be it propulsion, autonomous driving, connectivity sharing — and we want to make sure we're well positioned," she said.

The plan will put GM in a "more agile, resilient and profitable" position for long-term success, she said.

The reduction includes 8,100 white-collar workers, Barra said, some of whom will take buyouts, while others will be laid off amid a 15 per cent cut of staff.

Nothing Ontario can do, premier says

Unifor said Monday it was told no vehicles are set to be assembled at the facility past December 2019.

The union is set to hold talks with GM on Monday afternoon.

Workers, meanwhile, are being urged to go back to the assembly line tomorrow.

Ford spoke to senior officials of GM Canada on Sunday and said he was told a plan to eliminate production was already underway.

During the conversation, Ford said he asked if there was anything the province could do to prevent the shutdown. He claims the automaker told him "that ship has already left the dock" and that the facility will be closed regardless of  government intervention.

"They told me straight up there's nothing we can do," he said.

The Detroit-based automaker had been quiet on the expected move since news broke Sunday evening.

But Barra revealed during a morning news conference in Detroit that GM would be terminating production at the Oshawa assembly plant, along with four other complexes in the U.S. and at more facilities outside North America that will be announced at a later date.

The U.S. assembly plants affected are in Michigan and Ohio, as well as transmission factories in Maryland and Michigan.

"This industry is changing very rapidly and we want to make sure we're well positioned," Barra told reporters, noting the automaker will be focusing on its future through investment in autonomous and electric vehicles.

GM has yet to set a timetable for the production halt at the Oshawa plant but confirmed it will be sometime in 2019. Further, the vehicles produced there won't be sold in the U.S. after next year.

Workers inside the plant stopped production shortly before 9 a.m. ET and set up a picket line outside an entrance gate. They called GM's plan a "slap in the face."

Zachary Way, a new hire at the plant, was among those who walked off the production line in protest and was waiting to hear more from the union.

Way told CBC News that the company has told him "basically nothing" at this point, although he's already fearing the worst. If he is laid off, "it'll be bad," he said.

Way's father and brother also work at the Oshawa plant, which he likened to the heart of the city. If it shuts down, Way said, he's not sure how Oshawa will recover. He likened an empty plant to an "open wound."

Watch workers react to GM's plans to close the Oshawa facility in 2019: 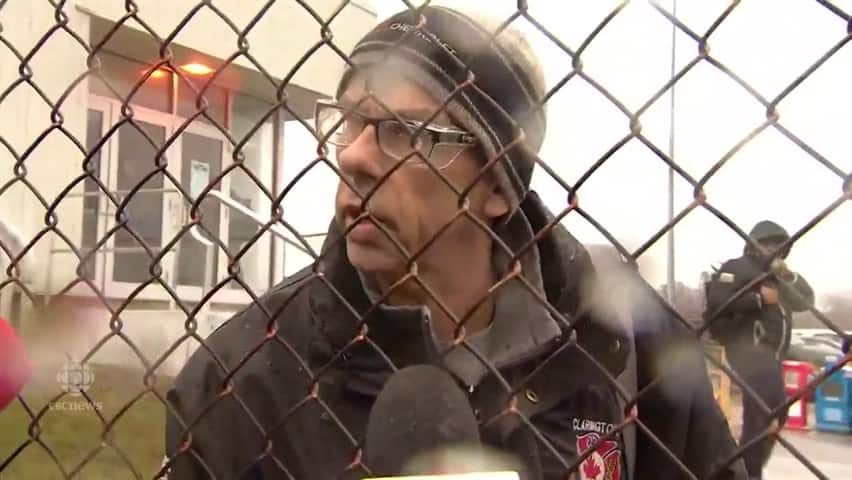 'This is crap': GM workers react to plant closure

2 years agoVideo
0:53
General Motors assembly plant workers in Oshawa, Ont., react to news that the automaker plans to close the facility in 2019 as part of a global restructuring plan. 0:53

The Oshawa plant, where GM Canada has its headquarters, produces the Chevrolet Impala and the Cadillac XTS cars, the majority of which are shipped south of the border. It also does the final assembly of the Chevrolet Silverado and GMC Sierra pickup trucks.

The complex is one of three GM manufacturing facilities in Ontario, along with St. Catharines and Ingersoll.

The plant was headed for closure in June this year amid a slump in sales of passenger cars in North America, and specifically the U.S., for the two cars built in Oshawa.

In late 2017, GM Canada reported a 17.2 per cent year-over-year drop in vehicle sales, while Canadian year-to-year sales were up 13.6 per cent thanks to strong numbers earlier that year.

Around the same time, the auto manufacturer restarted a truck assembly line and scaled back car production to address shifting American buyer preferences.

Then, GM ramped up its cost-cutting efforts last month by offering buyouts to thousands of white-collar workers with 12 or more years of service in both Canada and the U.S. The company has said it needs to be smaller to prepare for possible tougher times.

'It's going to affect the province'

The assembly plant has formed the backbone of Oshawa's economy for more than 100 years. GM bought the plant in 1953 from McLaughlin Buicks, making it one of the biggest in the world.

Initially, Oshawa Mayor John Henry had hoped news of the closure was "just a rumour," but several hours after it made national headlines, he predicted "there's more to this than what we know."

Henry, who worked at the facility as a teen, claims a sombre mood is now blanketing the city because the economic ripple effect will send shockwaves beyond its workers and their families.

"This isn't just about building cars," he told CBC News on Monday, noting he had not yet spoken to anyone from GM.

Dozens of auto-parts businesses, as well as the companies that supply them, will also be affected. A wide array of local businesses, such as restaurants and retailers in Oshawa, could also feel the effects of the shutdown.

GM workers have been good for Oshawa, Henry noted, raising millions of dollars for charity like the local United Way, even during hard economic times.

"It's going to change the spending habits in this community," he said, adding the effects will be felt instantly especially during the holiday season.

"We thought with the recent investments that General Motors had made, that this plant was going to continue to produce vehicles for a long period of time."

Chris Buckley, president of the Ontario Federation of Labour, said the move is "absolutely shameful" and that GM should treat its workers better.

"General Motors should be disgusted on how they're rewarding these members," Buckley told CBC News.

For every job at the assembly plant, he explains, an additional nine jobs are created in the community.

"This is going to be absolutely devastating," he said of the closure.

Words cannot fully describe the anxiety that my community is feeling at this moment.- MPP  Jennifer French

Oshawa NDP MPP Jennifer French also decried the plan, calling it a "callous decision that must be fought."

"GM did not build Oshawa. Oshawa built GM," French said in a statement on Sunday.

"Words cannot fully describe the anxiety that my community is feeling at this moment."

Here's a look at the impact of the GM assembly plant in Oshawa, Ont.:

With files from CBC's Meagan Fitzpatrick, Linda Ward, and The Canadian Press