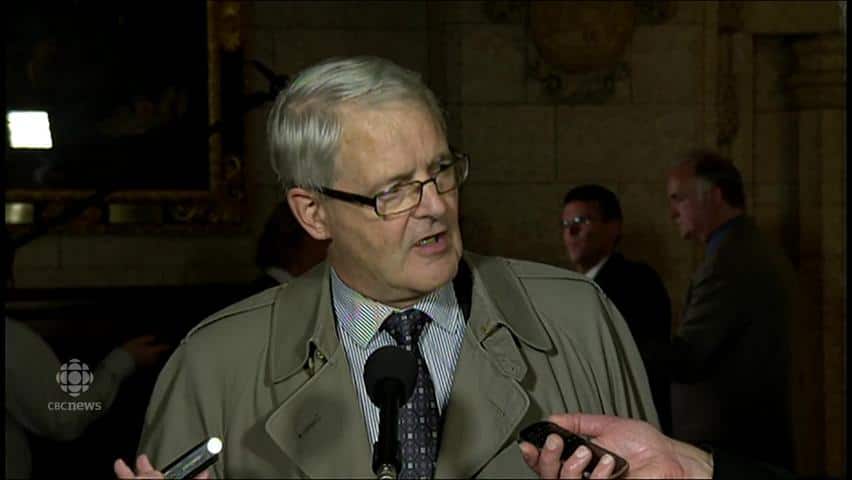 5 years agoVideo
0:21
Porter Airlines plan to fly jets from the Toronto island airport might still get off the ground 0:21

Canada's new transport minister took to Twitter to do an about-face on Billy Bishop City Centre Airport, announcing the Liberal government has no intention of letting passenger jets fly out of the Toronto Islands.

Marc Garneau tweeted late Thursday night that the government will not re-open an agreement that could lead to the expansion of the island airport.

Speaking to reporters in Ottawa just hours earlier, Garneau appeared to contradict earlier Liberal statements — both before and after last month's federal election —  that the proposed expansion was dead.

"What I'm doing at the moment is examining all of the factors that are involved in this. It's a complex issue," Garneau said after a cabinet meeting Thursday afternoon.

However, the former astronaut executed a 180-degree turn later on Twitter, saying the government's position on the issue mirrors the Liberal Party's election campaign commitment not to re-open the file.

As the new Minister of Transport, I have been enjoying learning about my files, including re: Toronto Island Airport" 1/2

I confirm that GoC position is same as LPC commitment: we will not re-open tripartite agreement for YTZ 2/2

Porter Airlines, which is based at Billy Bishop, wants to fly Bombardier CS-100 jets out of that airport. The airline has been lobbying for the reopening of the tripartite agreement between the federal government, Toronto's port authority and the city governing what kind of aircraft can fly out of Billy Bishop.

But under the terms of the deal, if one party to the arrangement refuses to revisit it, the agreement cannot be reopened.

"No Jets. No Expansion. Period," Vaughan wrote in a September letter to a citizens' group aimed at stopping the airport's growth .Porter Airlines has lobbied Toronto city council since 2013 to extend the runway at Billy Bishop for the Bombardier  jets, a move that would enable the airline to fly to more destinations.

Toronto city staff have been studying the proposal and were expected to report back to city council in the new year.