From 'soaker' to 'bush party,' linguist pushing to add Ontario slang to dictionary

Are you born and raised in northern Ontario? If so, you might understand this warning: Don't get a soaker from the slimes on your way to the bush party!

That sentence has a few made-in-Canada words, says University of Toronto linguistics professor Sali Tagliamonte, who's been on a decade-long mission to document Ontario slang.

For many Ontarians, a "soaker" is what happens when someone steps in a puddle; "slimes" are the waste from a mine that fills the space where a lake once was; and a "bush party" is an outdoor party off in the woods.

Tagliamonte's goal is to bring new Canadian words, or new definitions of already-included words, to the Oxford English Dictionary (OED).

"When we have a word deep in our past, that we learned as a child, we often don't know it's not the same word other people have for the same thing," she said.

Tagliamonte started her quest in 2008 in her hometown, Kirkland Lake, Ont., a community east of Timmins that began as a gold mining camp.

"All these communities have their own flavour, their own cultural, local phenomena that are of interest," said Tagliamonte. "And so, every community I go to has its own story, has its own words, has its own local expressions."

Tagliamonte laments the fact that, out of more than 600,000 words in the OED, only around 700 entries are dubbed "Canadian."

"We know there are more," said Katherine Connor Martin, a New York-based editor with the massive, ever-evolving online tome.

"We're trying to make sure the OED in the 21st century is taking an international perspective, including global varieties of English, like Canadian English."

In recent years, hundreds of new words have been added to the OED, from online lingo like e-shopping and permalink to terms like cannabutter, burkini and TGIF.

According to the dictionary, editors review each and every suggestion for new words or revised meanings, then gather evidence for the usage and origins. 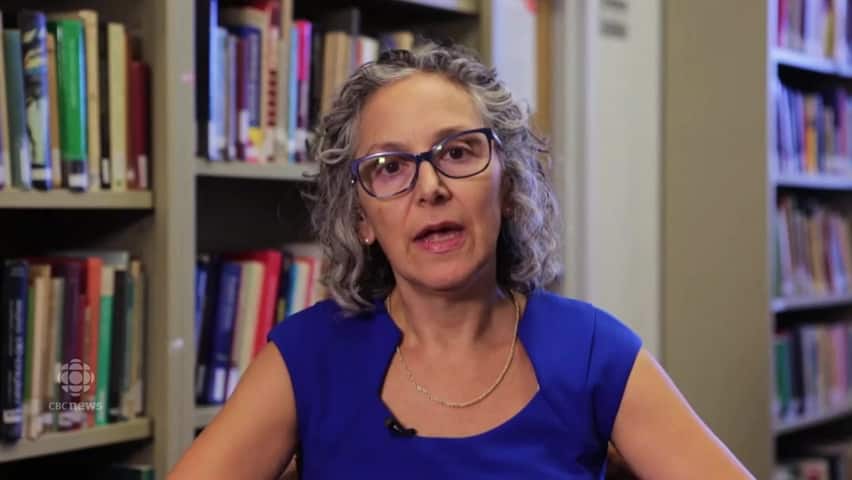 1 year agoVideo
1:49
University of Toronto professor Sali Tagliamonte has been on a decade-long mission to document Ontario lingo. Her goal? Bringing new Canadian words, or new definitions of already-included words, to the Oxford English Dictionary. 1:49

It's a "complicated" process, but Martin said various Canadian-isms have already made the cut in recent years.

For example, the entry for "atom," commonly known as the smallest part of a chemical element, was updated in 2008 to reflect the Canadian term for youth sport leagues.

In March, the OED added an entry for "bundle buggy," a Canadian phrase for a small, four-wheeled, lined cart often used for errands and grocery shopping.

Before a word can be published, internal teams handling pronunciation, etymology and bibliography check the accuracy.

"We of course rely on expert input as well ... and that's what Sali is helping us with," Martin said.

The chief editor gives the final stamp of approval, allowing new entries or meanings to appear in the OED.

Adding words is not an overnight process — but Tagliamonte's fine with that.

"The Oxford English Dictionary is the best dictionary in the whole world," she said.

"We're really excited to see what comes out of this collaboration," Martin said. "One of the things [Tagliamonte] brought to life is how much Canadian English differs."

Through interviews with Ontario residents dating back to 2008, Tagliamonte has compiled a list of dozens of new words or new meanings for existing words that might trace their roots, in part or whole, to Canada. Here are a few.

Bar-hopping (n): Going to many different bars, one after the other, in one night.

Bush party (n): An outdoor party in the wilderness.

Camp (n): A cottage; typically with no electricity.

Fox-and-goose (n): Childhood game, where the fox tries to find the geese.

May Run or May 2-4 (n): Northern and southern Ontario slang for the Victoria Day long weekend.

Muck (v): Removing waste from a mine.

Slimes (n): Tailings from mines that fill the space where a lake once was.

Soaker (n): What happens when someone steps in a puddle and gets their foot wet.