With Toronto facing a growing housing crunch, the city needs to implement "intelligent solutions as swiftly as possible," according to a new report on housing innovations from Ryerson University's City Building Institute.

In January, Visha Gandhi moved into her first condo.

Spacious and bright, with large south-facing windows, the two-bedroom-plus-den unit overlooks a row of townhouses on nearby Ice Cream Lane. The building's amenities include a yoga room, jam space, and common area. And the 12-floor tower is just steps to Danforth Avenue and a five-minute walk from Main Station.

In Toronto, where average condo prices are now more than $600,000 and homes are typically going for more than $800,000, that's a steal. But it was possible, Gandhi said, because instead of going the conventional route, she bought through an innovative non-profit housing program.

"I'm really happy I was able to make the leap," she said. 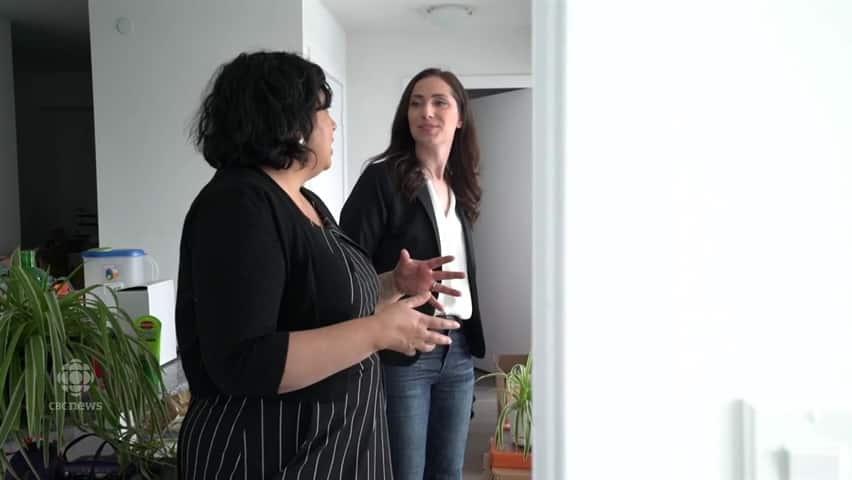 How this woman bought a condo in Toronto for just $350K

2 years ago
1:07
Instead of going the conventional route, Visha Gandhi bought through an innovative non-profit housing program. 1:07

Gandhi's experience is why Toronto needs to increasingly think outside the box when it comes to housing strategies, according to a new report from Ryerson University's City Building Institute.

"Most people in the city who don't already own a home are squeezed between social housing and buying a million-dollar house," said Cherise Burda, the City Building Institute's executive director. "We need to be looking at the types of innovations that can keep that broad population in our city."

So far this term, housing has been a key focus for city council, with Mayor John Tory vowing to build 40,000 new affordable housing units over the next 12 years.

And it's a promise made against the backdrop of interconnected challenges: residents waiting for supportive housing are often stuck in homeless shelters or rooming houses for years; purpose-built rental stock construction has stagnated in recent decades; and renters trying to buy are spending more than a decade saving up.

With that in mind, "Toronto needs to implement intelligent solutions as swiftly as possible," the report notes.

One of those strategies is what Gandhi experienced: unbundled amenities.

While many private developers package luxury finishes, parking, and big-ticket amenities like swimming pools into every project, the non-profit she purchased from — Options for Homes — allowed her to buy a pre-construction condo without all the trappings four years before it was finished, and decide partway through the process if she wanted to upgrade her suite.

Part of the process is a down payment loan, where purchasers only need to provide five per cent. Then the non-profit chips in 10 to 15 per cent as a loan, which only needs to be paid back once the owner sells.

"If we were a conventional developer that were receiving a profit, that would be our profit," Tremain said. "Instead of taking that profit, we lend it to you ... it's kind of a virtuous circle."

The social enterprise's other strategy of "unbundling" amenities isn't just for non-profits, however. Condo developer JvN/d Developers offers a different twist on the concept: Each floor is divided into lots that buyers can purchase individually and combine to create a customized unit.

"Lots are individually titled under a mortgage; individual lots can be purchased and sold, giving homebuyers the option to shrink or grow their space over time," the report notes.

Alongside suites that can be customized, the Ryerson team also notes micro units — typically no more than 350 square feet — are growing more popular in major urban centres like New York City and Seattle.

"Because rents and sale prices tend to scale with unit size, well-designed rental or ownership micro units offer an opportunity to deliver more affordable homes to the market, particularly in central locations where land costs can be a significant barrier to affordability," the report continues.

In this city, one company has already given the concept a shot. Toronto's first micro-condo development, Smart House — built on Queen Street West by developer Urban Capital — offered buyers the chance to snag units starting at around 290 square feet and $250,000.

Mikael Martinez and Erwan Roux started renting one of the cozy units in January after moving from France in hopes of having a new adventure. The monthly rent is $1,850, and the pair says it was more affordable than most places they looked at — a reality that came as a surprise, they added, because they expected to get more space for their money in Toronto than Paris. 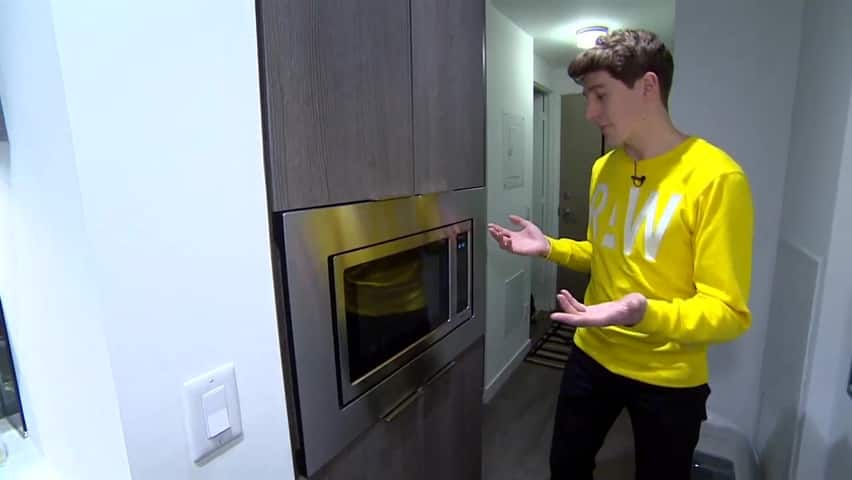 Just how small is a micro condo?

Even so, the pint-sized unit has everything the young professionals need: Lots of built-in closet and cupboard space, a short walk to transit, and balcony overlooking downtown, and space-saving appliances like a half-sized dishwasher and two stove burners.

"You need a kitchen, you need a bathroom, you need a sofa and a bed," said Martinez. "The rest is for comfort, I guess."

Rethinking living spaces and financing options can make a difference in other ways as well, the Ryerson team notes.

The United Kingdom, for instance, offers equity loans to first-time buyers, which helps people jump into the market and drops the monthly carrying costs of a mortgage.

"With more households renting, and the transition from renting to owning growing ever more challenging, new shared-equity models can help families invest in their home, even if they rent," the report reads.

In Toronto, an innovative pilot program aimed to hit both marks. Run in part by a University of Toronto researcher, it paired up seniors and students as roommates, giving the latter spaces they could afford while giving the older participants a little extra help around the house in exchange.

"We know the vacancy rates in the city are hovering around one per cent ... and there are about two million empty bedrooms that could help address this challenge," said Raza Mirza, a senior research associate at U of T's Factor-Inwentash Faculty of Social Work and network manager at the National Initiative for the Care of the Elderly.

So when it comes to these types of innovation, how much can the city contribute?

Coun. Ana Bailao, the planning and housing committee chair, said it's an approach that's crucial as Toronto develops its next 10-year housing strategy throughout 2019.

While developers are already starting to see the demand for various types of unit offerings, from more bedrooms to modular setups, Bailao added the city can also help facilitate innovations through zoning changes and council votes, like the 2018 decision to allow laneway housing across much of the city.

That's helpful since, even now, most developers are "delivering the same product" according to Burda, who believes it's time for a shift towards less-common approaches.

"We need to consider how a lot of these different innovations have been effective in other cities," she said.