Some Toronto residents are demanding that the Ontario government scrap plans to demolish heritage buildings on the West Don Lands downtown.

Province did not consult community or notify councillor and MPP of impending demolition, they say

Some Toronto residents are demanding that the Ontario government scrap plans to demolish heritage buildings on the West Don Lands downtown.

The Dominion Wheel and Foundries Company site, at 153 to 185 Eastern Ave., is a provincially owned property now subject to a Ontario ministerial zoning order issued in October. The order, one of three for the West Don Lands, paves the way for housing construction and allows the province to bypass planning processes, including public consultations.

The four buildings on the site were constructed between 1917 and 1929 and were added to the city of Toronto's heritage register in 2004.

Friends of the Foundry, a newly formed group that advocates for local planning, is urging the government to work with the community to find an alternative to demolition and preserve the site.

Heavy equipment and a demolition crew appeared at the site on Thursday. Crew members told residents they have been told to clear the site by March.

The province did not consult the community, did not notify the local city councillor or MPP and is not considering any community feedback, the group says.

"Today, the Province has once again used secrecy and the cover of a provincial emergency to begin demolition of the Foundry. It has done this without any consultation, disclosure of a disposition plan, consideration of adaptive reuse or even a courtesy call to the City and community leaders," the group said in a news release on Friday.

According to the group, the Dominion Wheel and Foundries buildings were part of a complex that manufactured equipment for railways in the first half of the 20th century.

"The remaining warehouse, foundry building, office building and machine shop are among the few surviving remnants of the rich industrial heritage of the West Don Lands — the first industrial area in Toronto's history," the group said.

"The West Don Lands, Corktown and St. Lawrence Neighbourhoods are where Toronto began and flourished and we have fought to ensure that important heritage resources like the Foundry are conserved and repurposed as a connection to that history."

The group has begun an online petition that urges the government to respect local planning.

"Residents always deserve to have a say in what's happening in their community, but unfortunately that's no longer the case throughout Ontario, with heritage buildings and environmentally protected lands threatened by Premier Doug Ford and Minister of Municipal Affairs and Housing, Steve Clark," the petition reads.

WATCH| CBC's Toronto's Ali Chiasson talks to residents trying to save heritage buildings in the West Don Lands from demoltion. 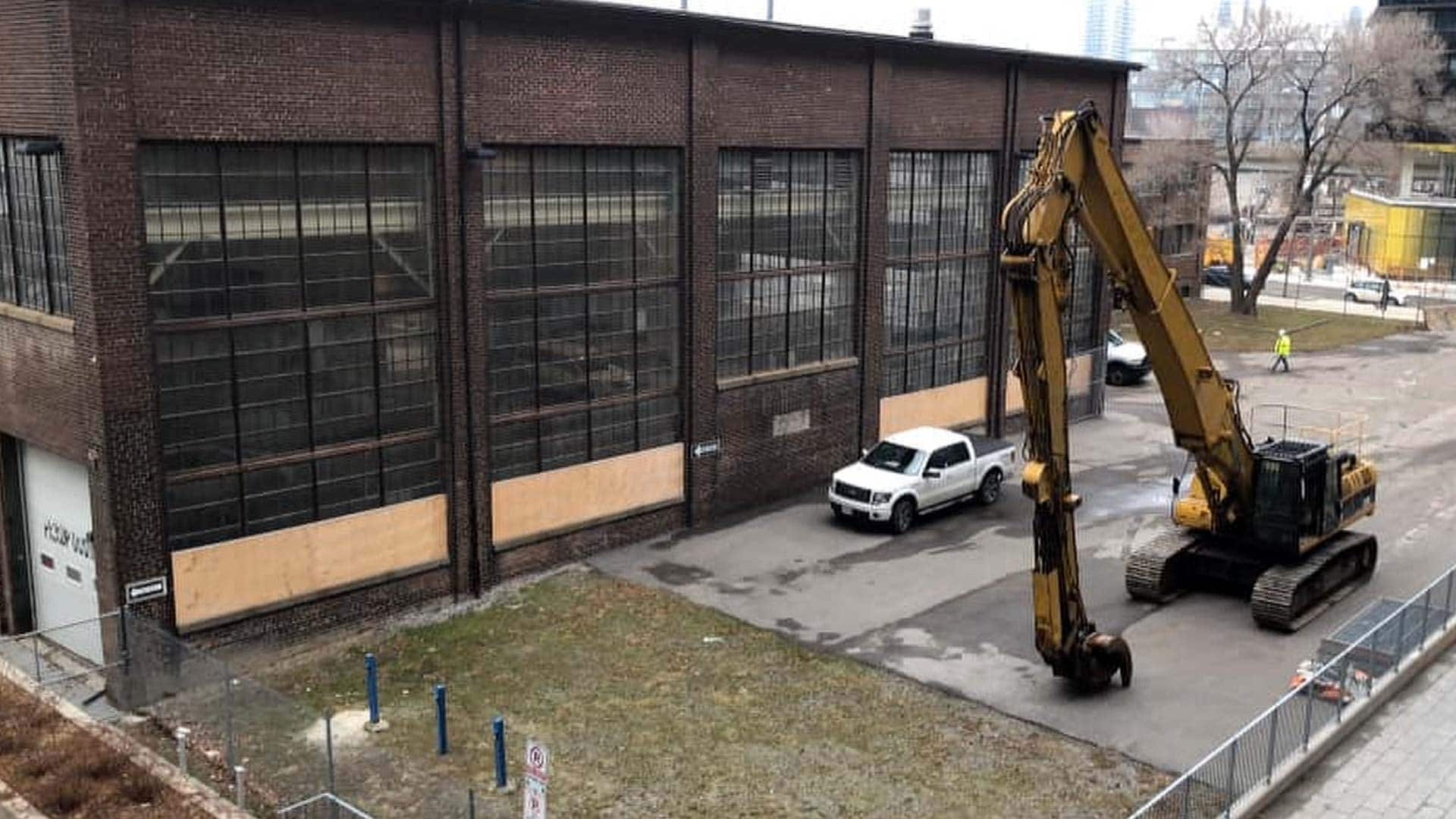 1 month ago
2:19
Heavy equipment and a demolition crew appeared at the site on Thursday. Crew members told residents they have been told to clear the site by March. 2:19

Coun. Kristyn Wong-Tam, who represents Ward 13, Toronto Centre, has joined the fight to stop the demolition.

"The demolition of these heritage assets would be an incalculable detriment to proper city planning. It signals to municipalities and developers across the province that the Ford Government is unwilling to follow its own recently updated heritage planning policies. If the Province refuses to respect its own heritages policies, why should anyone else?" Wong-Tam said in a statement on Thursday.

In an interview on Friday, Wong-Tam added: "They are rushing to demolish buildings when they haven't even chosen a developer."

She said she has asked the city solicitor to file an injunction and is working to get the province's fencing permit revoked to slow the process down.

Stephanie Bellotto, spokesperson for Steve Clark, Ontario's minister of municipal affairs and housing, said the ministry has issued three ministerial zoning orders for the West Don Lands on properties owned by the province to "accelerate" the construction of nearly 1,000 affordable housing units and 17,000 square feet of new community space.

"The specific site in question has sat vacant in a state of bad repair since the 1980s at a cost to taxpayers, and the government is committed to leveraging this underutilized provincial property to build new affordable housing and community space," Bellotto claimed in a statement on Friday.

The ministry insists "heritage elements" will inform the design of any new buildings on the site.

And it said any potential work on the site is permitted according to Slide 23 of the document, Enhancing Public Health and Workplace Safety Measures in the Provincewide Shutdown, released by the province on Jan. 12.

With files from Alison Chiasson