The 2019 recording, obtained by the Ontario NDP, shows Ford sending a birthday message to Charles McVety, who he calls, "My friend."

"Hi Charles, I'm sorry I can't make it tonight but I do want to wish you a Happy 60th Birthday celebration. Forty years of community service, 36 years of faithful service at the Canada Christian College..." Ford says in the video.

McVety is head of the Canada Christian College, which could grant university degrees in arts and science under COVID-19 recovery legislation introduced by the province in recent weeks. That move has come under fire in large part because of McVety's political ties, his stance on sex ed and his views on same-sex marriage.

"Doug Ford is using his position to help his friend Charles McVety get special treatment for his college by skipping the line to get University accreditation. Charles McVety's track record for Islamophobic, transphobic and homophobic hate is long and disturbing," the NDP said on its website.

Canada Christian College's code of conduct requires all staff, faculty and students to "refrain from practices that are Biblically condemned," including what the college calls "sexual sins" including "premarital sex, adultery, all types of fornication and related behaviour."

WATCH | Wynne: McVety is 'the most publicly and vocally homophobic man in Ontario': 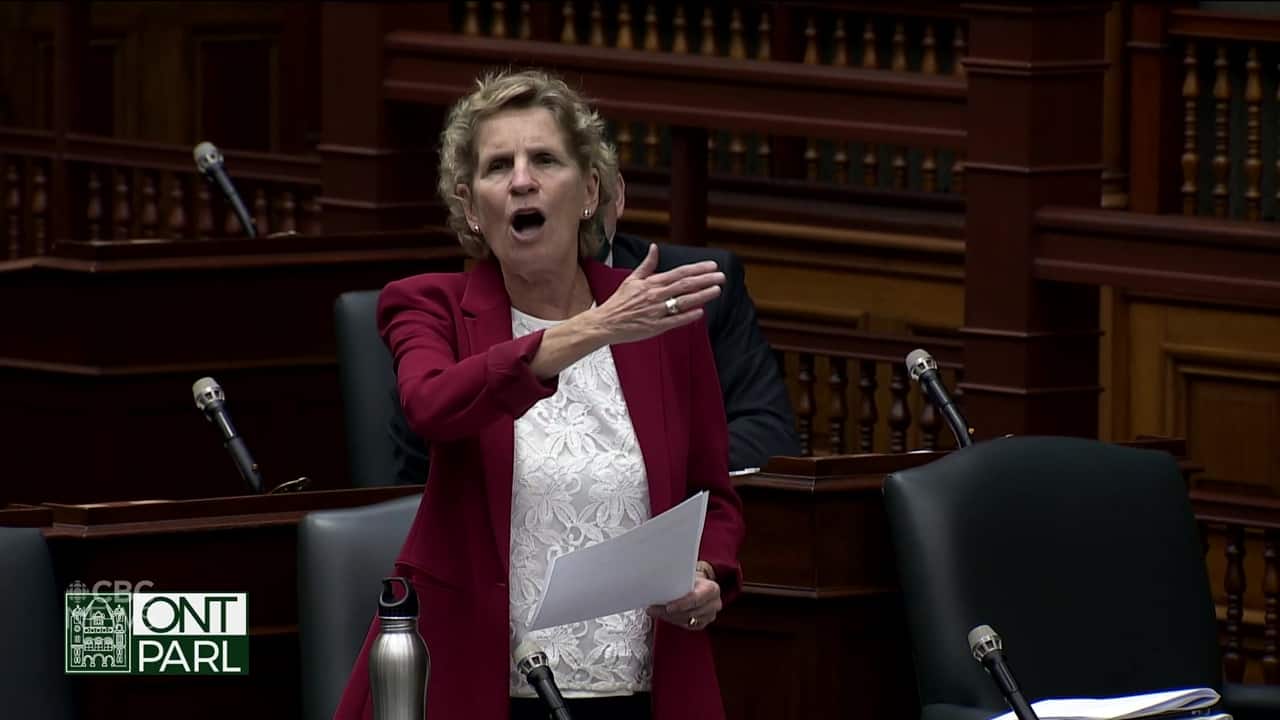 Wynne: McVety is 'the most publicly and vocally homophobic man in Ontario'

4 months ago
1:45
Kathleen Wynne criticizes the Ford government for a bill that would give Charles McVety's Canada Christian College the power to grant degrees in arts and science. 1:45

The college has applied to Ontario's Postsecondary Education Quality Assessment Board to change its name to Canada University and School of Graduate Theological Studies and to create new degree programs.

Ford's government has said it will not proclaim the legislation until the independent board finishes its review. Ford told reporters Monday that review is ongoing.

Ford government has other ties to McVety

The Progressive Conservative campaign team selected McVety to be among the few attending the first leaders' debate in the province's 2018 election campaign. McVety sat with some of Ford's top advisers at the event.

While Ford sends his apologies in the video for being unable to attend the 60th birthday celebration, two of his cabinet members did attend that event, according to photos posted by McVety to Facebook obtained by the NDP.

Two of Ford's cabinet ministers attended McVety's birthday party: Rod Phillips and Michael Tibollo, along with the government's chief whip, Whitby MPP Lorne Coe (Canada Christian College campus is in Whitby), according to photos McVety posted to FB, obtained by the <a href="https://twitter.com/OntarioNDP?ref_src=twsrc%5Etfw">@OntarioNDP</a>. <a href="https://t.co/RSzYhOV5LJ">pic.twitter.com/RSzYhOV5LJ</a>

The NDP also point out that in addition to his stance against same sex marriage, in 2011, McVety invited Dutch anti-Islam lawmaker Geert Wilders to speak at the college "about what McVety called 'the threat of demographic jihad.'"

McVety did not respond last week to CBC News' requests for an interview.

"I have a lot of friends within churches and in colleges," Ford said Wednesday when asked about McVety. "He went through the process like every other college, and the process is independent."